In recent years there’s been a big shift in the SEO industry. Search agencies and others are pushing the merits of content marketing as an activity that can help drive SEO success.

Among the inevitable increase in content, something being widely misunderstood and purposely misrepresented by some is the idea that social shares drive SEO results.

Here I explore how the misunderstanding came about, why it might be convenient for some providers to allow it to persist and what is required to achieve that which does move rankings – links.

Why links work – the thumbs up concept

Central to search engine algorithms is the concept of citation. If an online entity is ‘cited’ by another popular and trusted entity then a ranking boost is given.

This is why links work. A link is a thumbs up by a third party and so it is logical that links are used in deciding ranking positions.

Is a share now the same as a link?

In 2013, studies from Moz and Searchmetrics revealed a correlation between shares and strong rankings suggesting that shares might indeed be used as a ranking signal.

However, correlation does not always equal causation…

Google do not use signals from social media for search.

He goes on to say that “Google is limited in the amount of the social web it can crawl”. I think this is an important point.

Google has become very efficient at crawling as many websites and webpages as possible, but clearly not so with social content such as tweets and shares.

If Google doesn’t have the complete picture it can’t use social shares as a ranking signal.

In a Google Hangout in August this year Google’s John Mueller seemingly confirmed the situation.

When asked: “Do Social Signals have an impact on organic rankings in Google,” his reply was a succinct: “Not directly. No.”

So if Google is saying that social signals are not a ranking factor, what’s behind the correlations observed in Moz and Searchmetrics studies?

It’s likely that the correlation is actually because content that gets a lot of shares often has other signals that do drive rankings such as good user engagement.

It’s these signals and NOT social shares that are causing the good rankings.

On this basis social shares are just a by-product and not the goal for SEO.

If you’re engaging in content marketing for SEO benefits you should be focusing on content that engages your audience and earns links not content that earns social shares.

But content that gets social shares is going to get links as well isn’t it?

A recent study by Buzzsumo shows that there is no correlation between links and shares. A piece of content that gets shares will not necessarily get links and vice versa.

To reiterate, the clamber for social shares just doesn’t make sense from an SEO perspective.

So why is my provider reporting social shares as an SEO performance metric?

1. Social shares are easier to achieve.

The numbers can look good on reports particularly where links have been hard to come by.

2. Still acting on old, out of date information.

There was a period between the first ranking correlation studies and statements from Google representatives when the SEO community believed that social shares were a ranking signal.

Less-informed practitioners may not realise that this thinking has changed.

What if I expect my content marketing investment to help drive ranking improvements?

If improved rankings are an objective then your content team should be achieving links and not focusing on social shares.

It is much easier for someone to whip out their phone and tweet or share a piece of content than for them to edit a webpage or construct a blog post or article to accommodate it.

Therefore to achieve links your content needs to be truly worthy.

Be it truly useful, truly informative, truly entertaining etc., it needs to deserve the effort required for someone to construct that link rather than just take the easy route of sharing on social.

Not everyone can link – identify those who can and build relationships

It stands to reason that links are harder to come by than shares.

Part of your content marketing provider’s remit should be identifying websites and writers that link to content in your niche and to build relationships with them.

Relationship building is a time consuming practise but is worth the investment.

Ultimately, by linking to your content a writer is helping you out. They could have chosen to reference someone else’s content or nobody’s at all.

Would you do a favour for someone you’ve never heard of before? Probably not, unless that content was truly great – which takes us back to the previous point.

Analysis can reveal patterns in the topics and/or content types in your niche that are more heavily linked to.

To be effective at achieving links this needs to be understood by your content marketing provider and worked into their strategy.

If you’re looking for your content marketing to drive ranking improvements you need links.

Links are what should be being reported on not shares.

Achieving links requires the content being produced to be truly worthy, a deep understanding of those who link in your niche and for your provider to be able to foster fruitful relationships with linkers. 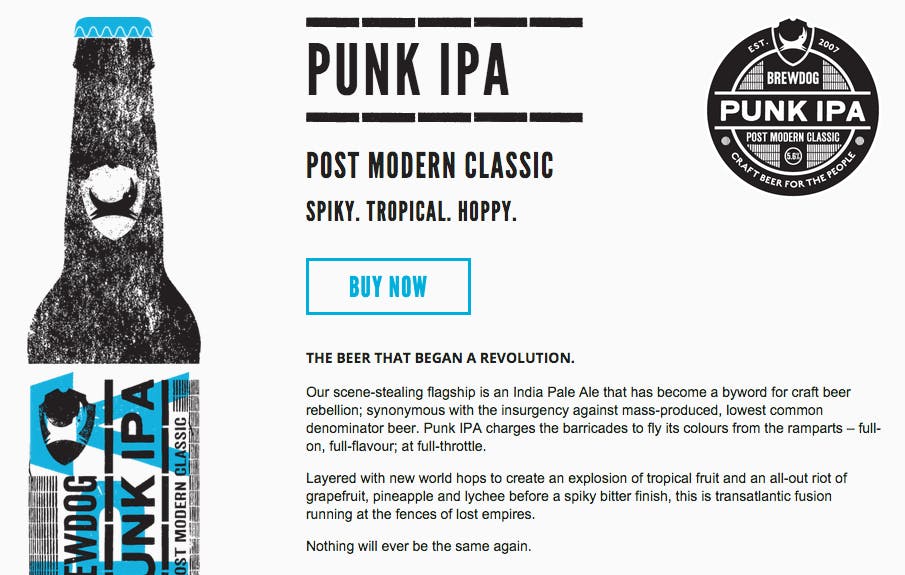 Here are 17 questions every copywriter should ask themselves when writing a product description.

I’ve included a few examples to illustrate my points.

Case studies can be an effective way to build credibility and persuade potential customers to work with you, particularly in the B2B world where products and services can be complex and not necessarily ‘sexy’.

But many case studies are filled with meaningless marketing fluff. They spend more time gushing about how great the business is than actually providing useful information that will help people make a purchasing decision.

When most publishers and marketers think of dark social, they think of email. But should they be paying more attention to SMS?

If data revealed by BuzzFeed, one of the web’s most popular publishers, is any indication, the answer is a definitive yes.