However, Experian UK – known for its credit score services – is trying to persuade people otherwise.

It’s been doing some interesting things with Facebook video lately. Here’s a bit of insight into what’s been working (and what might be missing the mark).

The first thing that strikes me about Experian’s Facebook page is just how active it is.

Let’s not forget, while it does offer consumers information about mortgages and loans, Experian UK is built on the single service of credit checks and scores.

So, it’s easy to wonder – just how much content can it produce based on that?

The answer is a surprising amount, which immediately goes in its favour when you compare it to competitors like Clear Score and Equifax.

But how does a financial services company find so much to talk about? Experian has managed to strike a good balance of content based on real-time and topical elements.

While some of its videos about credit scores have generated a good amount of views and engagement, the most-watched tend to be about topical subjects in the news, such as the recent Autumn statement from the UK government, or just general and relatable financial topics like how expensive holidays can be.

Highly active and in tune with what users are talking about – it’s a good basis for any brand on Facebook.

Now, moving on to more specific elements that Experian uses to engage with users.

With up to 47% of value being delivered in the first three seconds of a video, it is vital that brands grab the user’s attention as quickly as possible.

Similarly, due to silent autoplay, it is important for the message to be communicated clearly.

Using captions or subtitles is one of the best ways to ensure both, reportedly increasing video view time by an average of 12%.

Experian UK has only used this feature on a select few videos, however with increased views it appears to be an effective strategy for the brand.

As well as engaging the user’s attention as they scroll down in their feed, it ensures they are able to consume the content regardless of what environment they are in.

Next, as most of Experian’s most-watched videos tend to be around a minute in length, a short and snappy (but not too short) duration could also be an effective tactic.

Whether this is directly related to the amount of views is unclear – especially as I am not taking into consideration whether posts are boosted or sponsored – however it is just an interesting observation on face value.

Lastly, while Experian’s videos featuring the opinions of the public are popular, users appear to engage with more professionally produced videos such as the #AskExperian series.

When it comes to financial matters, it appears people want straightforward advice, explained in an equally easy-to-understand way.

A high-profile or authority figure works too, of course.

By featuring the concerns of real-life consumers, there is also a highly relatable aspect to these videos. Seeing other people ask the same questions you might have is a comforting thought, and in turn provides users with an immediate incentive to watch.

I recently wrote about how Nationwide is also using this tactic on Tumblr, which you can read about here.

We can also see how creating a longer series of linked videos, rather than just a one-off, can be more effective for getting users invested. What’s more, if people are enjoying content regularly, they’re also more likely to share it.

The ‘three generation’ series is a particularly good example, using a sense of family sentimentality to elevate the core subject matter of money.

So, we’ve discussed the good – but what about what isn’t working for Experian?

This could be due to a lack of proper promotion. Without letting people know about a livestream in advance, it is likely to have passed users by.

Similarly, the longer duration of around 15-16 minutes is probably going to put people off from watching it once the stream has ended.

A financial brand with a refreshing approach to video – there’s a lot to appreciate about Experian’s social strategy.

Unafraid to experiment with a light-hearted tone, but always remaining informative and easy-to-consume, it’s generated strong engagement from users.

While it might not be the most exciting brand, it makes the topics of credit checking a little easier to stomach. 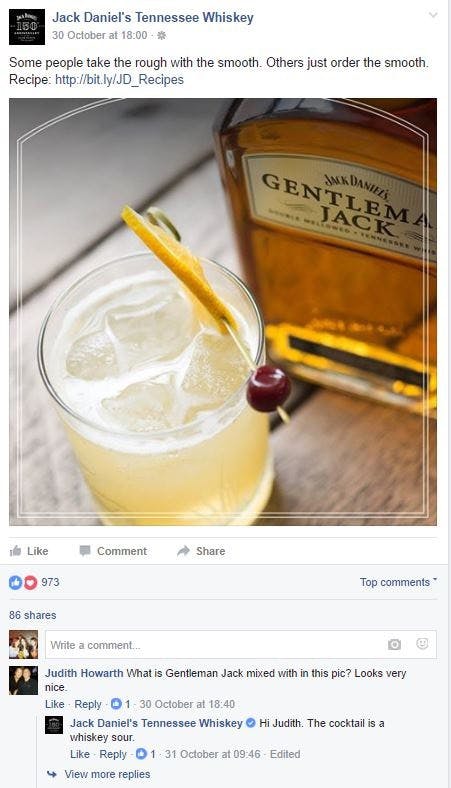 If you look through Periscope to see how healthcare marketers might use personal video, the picture is still fuzzy.

But if you look at this through Facebook Live, it’s crystal clear why many are adding Facebook Live to the innovative edge of their brand’s digital engagement strategies.