For more information on this topic, download the aforementioned Conversion Rate Optimization Report 2013…

The company formerly known as SEOMoz managed to rake in an additional $1m in additional revenue after creating new sign up pages based on user feedback.

The process began with interviews with current, former and free-trial customers:

The next stage was to create wireframes and test them with Moz’s user base. The final design was split tested versus the original version using a statistically significant sample of more than 5,000 visitors, and achieved a 52% increase in sales of SEOmoz’s PRO membership. This resulted in a boost in sign ups, but to ensure they stayed as paying customers after the initial 30-day trial Moz sent out regular emails to show people how to get the most out of the service.

Ultimately Moz achieveed a conversion increase of around 170% over four months and to generate more than $1m in additional revenue.

Product filters are an extremely common feature on ecommerce sites, however their efficacy was proven beyond doubt by kilt retailer buyakilt.com.

Having previously had no filtering options on its product listings, the retailer added categories for kilt manufacture, pattern and type. The results were astonishing:

It just goes to show the huge impact that can be achieved by seemingly minor UX alterations. For more information on this topic, check out our blog post detailing nine tips to improve your filter options.

Travel company Expedia managed to earn an additional $12m in profit thanks to a small UX change in one of its forms.

The original version included an optional field that asked users to input their company name, which caused confusion and damaged the UX.

Simply by removing the optional field Expedia managed to increase conversions to the point that it achieved $12m in additional profit.

This is a mock-up of the form taken from Conversion Voodoo: And for more information on form design, check out our blog post detailing 12 useful tips for web form optimisation.

Clothing retailer ASOS managed to halve its abandonment rate at the checkout by removing the need for customers to create an account.

However, it was all a trick of copywriting and UX, as customers actually still create an account it’s just that ASOS removed any mention of registering. Instead it simply asks you to provide a password as part of the standard checkout requirements such as contact name and email address.

Forced registration remains a major cause of basket abandonment, particularly on mobile, and the ASOS example proves how easy it is to reduce its negative impact on conversion rates.

Website builder BaseKit successfully increased conversions by 25% after A/B testing a redesign of its ‘plans and pricing’ page.

The overall aim was to increase the number of people who visit the ‘Buy now’ page after landing on the pricing page. The original design looked like this: The new design was intended to be bolder and brighter, with clearer pricing, testimonials, and more obvious currency selection.

It looked like this and achieved a 25% improvement in conversions: In a useful example that demonstrates that CTAs don’t necessarily have to appear above the fold, The Heritage Foundation managed to increase revenue by 274% by moving its sign up form to the bottom of the page.

To make this discovery, it ran an A/B test where the control page was a fairly standard two-page layout where the call-to-action (CTA) begins above the fold.

In comparison, the redesigned page placed the CTA right at the bottom of the page under a huge amount of copy describing the product offer. You can see both designs on the Marketing Experiments blog.

By making a greater effort to explain the value of signing up The Heritage Foundation achieved some excellent results:

It will come as no surprise to find that a video marketing company has published a case study in which it found that video improves conversions, but here it is anyway.

When Vidyard was in development it created a landing page that existed for the sole purpose of collecting email addresses from prospective customers.

Three versions of the page were tested – two with a video and one without. Challenger ‘D’ and ‘H’ used video in a light-box and an embedded iframe respectively. Challenger ‘J’ was a version of the page that did not include a video. These are the results:

In December 2011 Veeam Software set out to increase the click-through rate from its product information page through to the sales inquiry form.

As the company only sells products through partners it didn’t include any specific pricing information on its own site, so a conversion is completed when someone clicks on the ‘Request a quote’ button that links to the sales form. 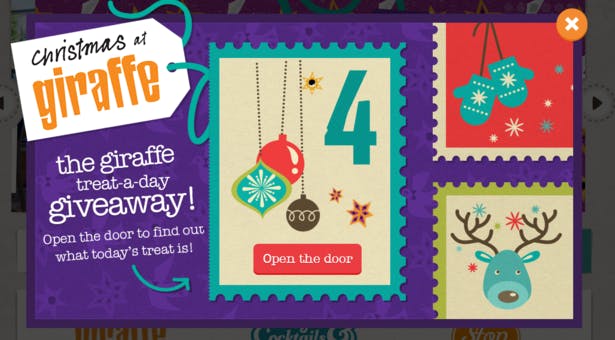 During the run-up to Christmas, which companies are bidding on paid search terms for the most popular products, and which have the most effective landing pages?

I took a look at paid search in my beginner’s guide what is paid search (PPC) and why do you need it? last month, and since then I’ve been a lot more attuned to this method of search engine marketing.

However I’ve also realised that PPC ads are for nothing, and a complete waste of searcher’s time and an advertiser’s money, if conversion isn’t happening.