This is according to findings from the second survey conducted by Econsultancy and Marketing Week on the impact of COVID-19, involving 1,990 global marketers and agency professionals.

While it’s not yet clear how the COVID-19 pandemic will affect organisations long-term, many marketers are displaying a heightened sense of unease about their own job security as well as that of their colleagues. When asked if they were concerned with the job security of anyone on their team, only 17% of survey respondents said that they are not at all concerned. A quarter (25%) said they are mildly concerned, 30% said they are somewhat concerned, and 28% said they are very concerned.

Perhaps as a result of this, as well as the wider situation in general, marketers are reporting a downturn in team morale. In the past two weeks (from March 16th to March 30th), 41% of respondents cited that team morale is worse than before, while 46% say there has been no difference. Just 14% said that team morale has improved.

In Econsultancy and Marketing Week’s previous survey, 71% of UK brand-side marketers said that creative collaboration suffers when workers don’t share a space. However, the past two weeks suggest that teams are adept at using digital technology to bridge this gap. When asked about their team’s communication, 62% of respondents said they are engaging in video check-ins, while 67% are using chat on virtual applications like Slack or Microsoft Teams. Email remains a hugely popular form of communication, with 79% still using this channel. However, some have made the shift to ‘face-to-face’ communication, with 56% of respondents saying they have moved from phone or email to video calls.

On the back of this activity, the majority of respondents (43%) say that there’s been no significant difference to team communication, and 41% say that it’s been better than normal. Just 16% say it’s been worse than normal.

Positive levels of empathy and communication

One of the biggest positives to have arisen from the past two weeks is a sense of community; a ’we’re all in this together’ spirit. When asked if marketers have felt more empathy for co-workers during this time, a whopping 83% of respondents said yes. 65% also said they’ve felt more empathy from co-workers, too. The majority (78%) also said that they had seen co-workers’ homes during this period too, with video calls giving marketers an insight into home work spaces.

This doesn’t necessarily mean tighter bonds – a majority of respondents (53%) still say they don’t feel any closer to co-workers now than in the past. However, due to this new and unprecedented shared experience, it’s more likely that marketing teams will be able to pull together and collaborate effectively.

Finally, as organisations have shifted to working remotely during the coronavirus outbreak, the majority of survey respondents suggest that new team structures and capabilities are required in order for teams to work effectively.

Indeed, 54% of overall respondents say that their organisation has taken action to enable the ability to work cross-functionally, with this rising to 57% for larger organisations with revenue over £50m. It also seems there have been faster and greater changes overall for higher-revenue organisations, with 50% of this group saying they’ve taken action to allow for the ability to create teams more rapidly, compared to just 39% for overall respondents. 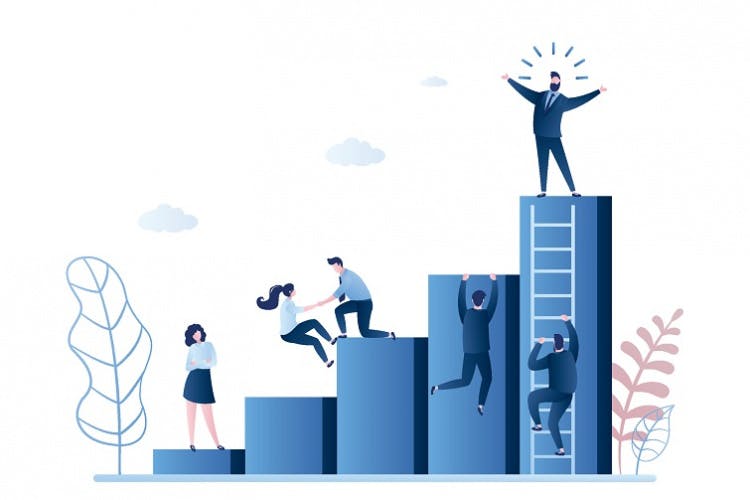 The content of this briefing is taken from Econsultancy’s Career and Salary Survey Report 2020, produced in association with Marketing Week. First launched in 2015, this annual report is the industry’s most in-depth census of marketing careers and salaries in the UK, presenting a robust look at workplace trends and the experiences of marketers. This briefing […]