Speaking at this week’s Wired Live, Whitney explained how Bumble is aiming to break down obstacles and inequality for women within professional networking – part of the brand’s wider push to offer users far more than just a date.

Here’s more on what Whitney said, plus a bit of insight as to whether or not Bumble Bizz could pose a challenge to the likes of LinkedIn.

First launched in 2014, Bumble is a dating app where women are required to make the first move. While it’s been dismissed as being the same as Tinder (with a slight difference), Whitney insists that women swiping right first is not just a logistical brand gimmick, but part of a wider aim to change gender dynamics.

This is because dating apps are usually set up for the man to be rejected. In other words, there is no nice way to decline someone, meaning that rejection can often fuel aggression and even online abuse – something that women have typically been subjected to on dating apps and websites. Instead, Bumble allows only women to reach out if they’re interested (and match if the man has also previously indicated he is too), which in turn automatically sets up a positive first conversation.

So, what has this got to do with work-life?

According to Whitney, the same kind of gender dynamics tend to exist within networking circles, particularly on digital forums like LinkedIn, where the subtlety and underhand nature of sexism can often go unnoticed.

How does Bumble Bizz work?

This is where Bumble Bizz comes in – a new feature that allows women to reach out and connect with people on a professional basis, for networking or mentoring purposes. This is the second time Bumble has extended beyond romantic relationships, with the ‘Friend Finder’ feature also launching last year.

So is there a demand?

One aspect which could potentially work in Bumble Bizz’s favour is that it makes use of locational technology. Unlike LinkedIn, which is largely geared around recruiting and searching for jobs, Bumble Bizz allows users to search for professional contacts within a particular radius.

Whitney explained how this allows users to seek out advice, help, or professional support in a much more tangible and concrete way – with the ability to actually meet up and speak in person rather than exchange messages online.

Apparently, Bumble has already hired a few of its own staff from the feature, also committing to employing a total of 10 people this way. Can Bumble push for real equality?

One question posed to Whitney during her talk was whether Bumble has the potential to cause a sea change in the technology industry, specifically when it comes to issues of inequality and even sexual harassment.

“The problem (of sexism and sexual harassment) is pervasive across the board, regardless of industry,” she said. “It’s a much bigger problem than the everyday professional might realise. If we are looking at behaviour, we need to look at digital behaviour too.”

In this sense, Bumble Bizz isn’t only aiming to better professional relationships for women – it’s also part of the brand’s aim to prompt a change in how we all act online. While other social media platforms might have a ‘free speech’ policy, which in turns leads to confusion and difficulty in deciphering what is or isn’t abuse, Bumble has a zero-tolerance policy across the board.

So, by “gamifying kindness” as Whitney describes it – i.e. eradicating negativity and making interactions solely positive – behaviour on (all) digital platforms could naturally start to align this way. By extending this to friendship and professional relationships, Bumble is simply expanding its ethos into different areas of our lives.

We connected millions of people for friendship and dating. Now, we’re introducing the ability to network! https://t.co/rE3zhphVpF

Bumble as the next big social media platform?

So, if Bumble has got the three important verticals of love, friendship, and work covered – what’s next?

According to Whitney, the aim is not simply for the brand to disappear once it has helped establish these connections. Rather, the next step is to add context to them, as well as value in order to help them flourish.

Naturally then, this sounds as if Bumble is looking to evolve into more of a social platform rather than just a way for people to connect. It’s already toyed with the phrase “Facebook for people you don’t know” as a brand tagline, and more than ever, this seems to illustrate where it might be headed in future.

For now, at least, its platform is serving as a nice alternative to Tinder, with potential to rival LinkedIn and perhaps even bigger plans to conquer Facebook. You’ve got to dream big, right? 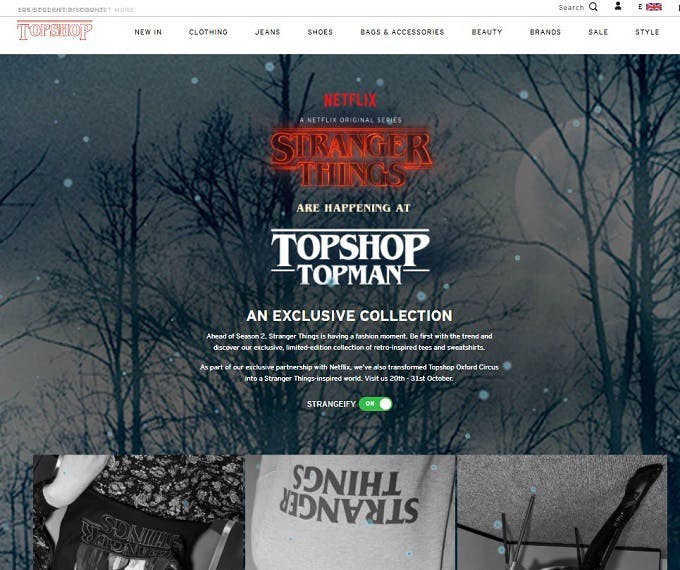 Advertising and politics don’t mix and the despite the ample evidence to this effect, brands continue to demonstrate an inability to keep themselves out of trouble.

The latest example of this: Keurig, the manufacturer of a home brewing system.