Almost as soon as Mr. Beckham’s intention was declared, a Quartz article questioned the decision, labelling Miami a ‘soccer graveyard’; this followed the collapse of ‘Miami Fusion’ in 2002, which itself came just one year after ‘Tampa Bay Mutiny’ walked the plank. These struggles are in contrast to the long-held belief that the sizeable Latin population in both the city and state should champion interest.

Undoubtedly Beckham is a man who understands the value of publicity – having built his own brand and myriad others (such as Haig). Indeed, the franchise launched with a flourish of messages from Serena Williams and Will Smith, amongst others. Despite this, the fact remains, there is no team name, roster, or stadium. Moreover, with no history or heritage, the challenge now is to build a community of fans amongst the c.2.6 million inhabitants of Miami-Dade County (as well as the wider c.20 million Floridians) and to do so at a time when rival foreign leagues – especially the English Premier League – remain popular.

Yet to flip this on its head, it could be argued that this is a unique opportunity – owning a club that is new and unencumbered by decisions made in a different media era. Moreover, smartphones, social media, and streaming means there are an array of tools to connect with potential fans. To that end, is it possible that the club could become the world’s first digital team?

When Juventus discarded their old-fashioned shield-like badge in 2017 they did so in an effort to go “beyond football”, making their brand relevant within a digital age. The Italian club hoped to replicate the allure of the great Yankees logo, which transcends its sport and is adorned by people as a symbol, whether they follow baseball or not.

Using social channels such as Instagram Polls, Miami’s football club could localise sponsored posts and give residents a vote on their preferred colours for the kit. The club could create a series of pre-selected options from which fans choose their favourite. The winner might be the home kit, with runners-up the away variations.

By working alongside an established sports brand to present fully-formed options Miami would remove the danger of crowd-sourcing which could lead to poor choices, or worse, sabotage by rogue outsiders. (Remember Bieber’s North Korean tour fiasco?) The strip could riff the red, orange, and white of Florida, or incorporate neon, which has become synonymous with the city – and popular amongst players. 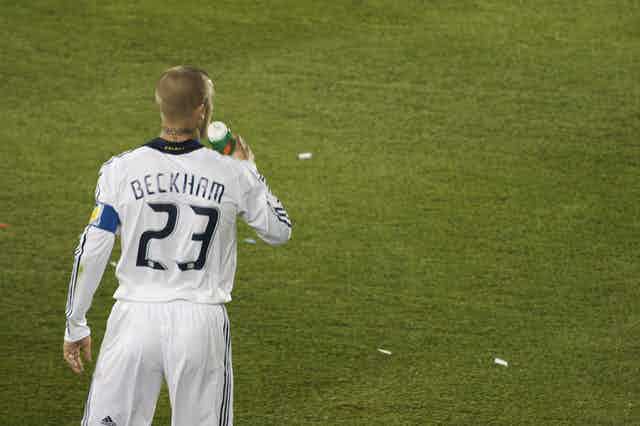 Beckham in his LA playing days (image via Nathan Forget)

Voting could be replicated for the official logotype too, except this time a series of options might be added as images on the Miami Instagram or Facebook profile page: the one with the most ‘hearts’ or ‘thumbs-up’ wins.

Giving people the chance to directly input into the club’s aesthetic could help build an affinity and increase sales of merchandise. Importantly, by presenting considered options Miami would avoid the nightmare witnessed by English club Leeds United just last week, who were forced to withdraw their updated badge within hours of its launch.

Miami’s proposed arena is slated to seat 25,000, which, if it were around today, would be the fifth largest in the league. Yet soccer is consumed globally, with many followers unable to visit. Manchester United famously got-around this issue when they replaced advertising on the digital billboards with the faces of fans from around the world – giving the sensation of being at Old Trafford.

What if Miami took this one stage further? They could place cameras around the ground that act as digital seats that people buy as season tickets to live-stream games. Accessed via an app, the camera could be controlled by the viewer – scanning left and right using a phone – offering a greater experience than simply watching on TV.

Many sports teams have loyalty mechanics, but a new side offers the chance to develop organic behaviors from the ground-up. For example, once someone downloads the app to register, their interest could be time-stamped with the individual gaining points for every passing year they have supported the team.

In addition, credits should be awarded for attending home and away games (more for the latter) or streaming live on the app. Some of the most successful membership schemes – such as beauty company Sephora – gamify the experience by offering tiered rewards for those who are more active. Here, too, levels could be created – ‘First Team’, ‘Squad Player’ etc. – with exclusives offered in return, such as ‘question and answer’ live-streams with players or insider access to training.

As stated earlier, building a community of followers will be hard for a completely new team. Yet thankfully there have never been so many tools to do so. Utilising them in ways similar to those outlined here could help to create a bond with fans, both local and further-afield, giving supporters the feeling that they are both part of the club’s foundation and its ongoing fabric.

(Bonus point: Needless to say, Miami should follow the lead of clubs from Madrid to Munich and ensure that their outreach is multi-language too, with different profiles for each.) 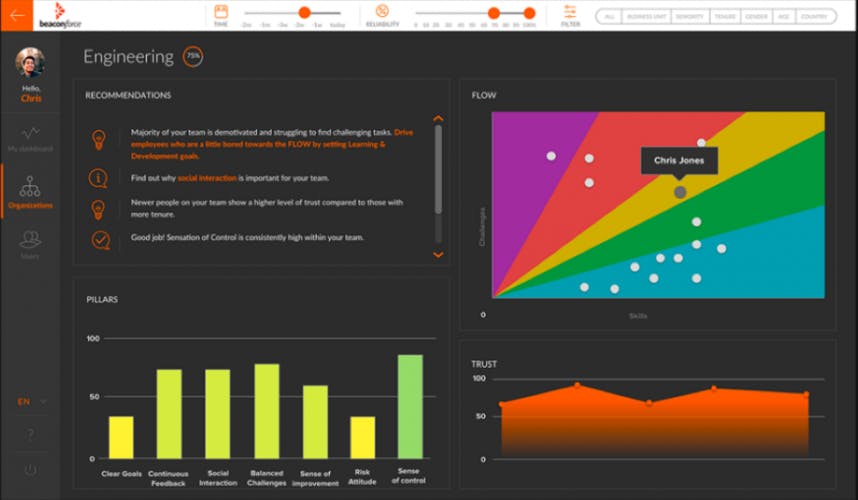 Start Me Up puts the spotlight on emerging companies in the digital sector, and what could be more topical than artificial intelligence and people management?

At Web Summit 2017, I visited the Beaconforce stand and spoke to Director of Strategic Partnerships, Anthony Morra. Here’s what Morra had to say about Beaconforce’s AI-powered people management platform… 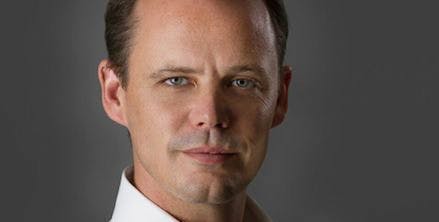 Each year I pick out marketing and digital trends and developments which I believe are interesting and will shape the industry and digital/marketing planning and thinking in the year ahead.

Looking at 2018 I have to say that I think pretty much all of what I wrote about in my 2017 trends piece still applies. So, either not that much has changed or I was ahead of myself last year. 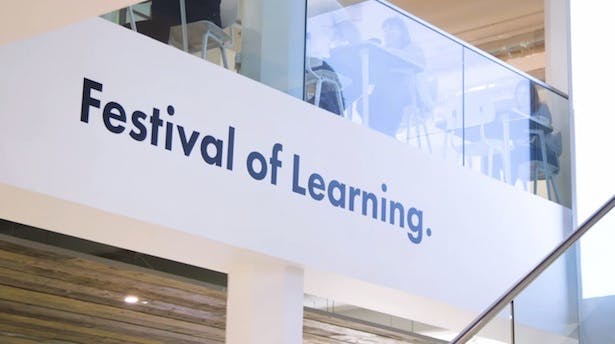 It sounds simple, right? But in an increasingly competitive marketplace, brands need to be smart to reach prospective candidates and then attract and retain the best talent – something existing employees can help with when given the opportunity to become advocates for the business.