Continued economic and political uncertainty makes it difficult to predict how the high street will fare this festive season. If the past several years are anything to go by, there may likely be a continued decline in footfall in physical retail stores, with customers instead turning in droves to online shopping.

It’s no wonder, then, that brands are having to get creative to maintain the interest of those braving the elements to browse and purchase gifts in person.

Pop-ups, with their seasonal openings and limited stock, add a sense of novelty and urgency not commonly found among longstanding brick-and-mortar stores. The possibilities are effectively endless when it comes to niche product offering and decoration, without the added expense of having to renovate once January makes its appearance. Unicorn theme? You got it. Ice bar? Check. A miniature city made entirely from gingerbread? No problem either, apparently.

In particular, it seems that many online-only brands are getting a piece of the action, taking advantage of the crowds of Christmas shoppers descending on major cities throughout the later months of the year. For some of these retailers it’s their first time venturing onto the high street; for others it’s become a recurring seasonal success.

So, which are piquing our interest this year? Here’s a selection of the most interesting pop-up shops and experiences that brands have announced in the run up to Christmas 2019.

Those who frequent St Pancras in the festive season will be familiar with the Christmas tree that takes centre stage in its main concourse. Each year, a selected brand creates its own unique version of the traditional Christmas tree, adorned with extravagant decorations in its trademark colours. This year it’s Lancôme’s turn, opting for a very pink Eiffel tower embellished with 1500 bottles of their best-selling fragrance La Vie Est Belle.

Next stop: Happiness. Lancôme joined @stpancrasinternational to unveil the station's famous Christmas Tree with a festive party, special guests, music from the Kingdom Choir and of course, the fragrance of Happiness, La Vie Est Belle. Make sure to visit and spread the happiness this Holiday season. #LaVieEstBelle #StPancrasxLancome #LancomeChristmasTree

At the bottom of the installation sits a pop-up store, where customers can try on and purchase the perfume. Shoppers visiting during the busiest period of the week (Fridays 3pm-7pm) have the added opportunity to personalise their buys with hand-drawn illustrations and calligraphy. This exclusive and limited service capitalises on the increased footfall of those browsing the station’s retail spaces before departing on weekend getaways.

The bottles used in the Christmas tree won’t be wasted, however, come next year – instead they will be donated to Look Good Feel Better.

Happiness is here with @millsmackintosh! Drop by @StPancrasInt and see our very own #LancomeChristmasTree. While you're there, why not treat your loved one (or yourself!) to La Vie Est Belle at our pop-up shop too. Open until December 24th. #StPancrasXLancome pic.twitter.com/kAEdGwoxB1

A huge pick-and-mix wall setup (reminiscent of Birchbox’s 2017 pop-up store) dominated the space, giving customers the unique opportunity to create their own personalised ‘sexy gift’. Alongside this and a range of Christmas-themed lingerie, the brand hopes to educate shoppers about the importance of sexual happiness in a face-to-face setting, as well as increase awareness of the brand itself.

“The people who know us love us, but we now need to spread that love wider. As the world lightens up and the conversation becomes freer, Lovehoney’s got loads of opportunities to pop up.”

Lovehoney isn’t the only brand to grace Covent Garden with its presence this winter. Cult Dubai-based cosmetics company Huda Beauty revealed that it would be occupying a pop-up space with an intergalactic theme, coordinating with its most recent product launches.

London Pop Up here we come! We are bringing Mercury Retrograde to Covent Garden ???????????? #hudalovesLondon

With its sell-out products notoriously hard to lay hands on in the UK, this will be a welcome addition for those visiting London for a spot of Christmas shopping – and Huda Beauty has promised that the space will be “the most fun and immersive pop-up ever”.

Loyal fans of the brand can book an appointment prior to arrival, adding to the sense of exclusivity and improving customer experience by ensuring that those who do will not have to queue. The first 100 shoppers who walk through the door will also receive a goody bag of epic proportions.

#Hudabeauty Pop Up Covent Garden is officially open! Make sure you check it out if you are in London!! ???????? We have exclusive Huda Beauty Pop Up Merch only available at our pop up! ???? Make sure you take photos & tag us! ????????‍♀️

Earlier this year, online retailer Notonthehighstreet announced, ironically, that it will be coming to the high street (well, to two major London train stations, anyway). Located at London Waterloo and London Bridge, the stores contain a carefully curated selection of products, including ‘gifts, ideas and inspiration from the UK’s best small creative businesses’ throughout November and December.

In a world that is increasingly looking to ‘shop small’ for environmental and economic reasons, Notonthehighstreet is well placed to promote the purchase of unique gifts from independent businesses. Placing these wares in an area of such high footfall will increase public awareness of the brand, and simultaneously, of the smaller brands it partners with.

With such a huge range of unique products on its ecommerce website, it must have been a difficult job to select which would make the cut for its first physical store.

Only one day left of our Waterloo pop-up! Pop on down for an exclusive look at some of our favourite gifts in time for Christmas.#nothschristmas pic.twitter.com/aCsPWpJpUE

This is not the first time that American skincare and beauty brand Glossier has popped up on London’s streets. In fact, its 2017 pop-up store was such a success that it has come back for another round in 2019.

Telling my kids this is Buckingham Palace pic.twitter.com/NQBrdrZP0m

Adorned with accents that are quintessentially Glossier, including ditsy prints, fresh flowers, and its trademark shade of pink, the shop opened its doors to some influencers before it officially launched.

Update: they let me in before it opened! It’s AMAZING! So glad @glossier is here in the U.K.! The pop up is at 13 Floral Street in london for three months opening up tomorrow ???? pic.twitter.com/kJHUX442yY

The store’s feminine décor, combined with the opportunity to grab a limited edition Glossier branded umbrella for London’s dreary December weather, are bound to attract crowds of customers. Even if they leave empty-handed, the brand can count on visitors to share their snaps on social media, thereby increasing its appeal to others within the same target audience.

One of the Big Five supermarkets is reportedly trying something a little different this winter by launching a series of pop-up eateries and wineries.

Although Tesco has ventured into the pop-up retail space before with a Finest wine bar in Soho in 2016, it’s pushing their concept even further to various cities across the nation so as to boost sales during this crucial time of year.

In a bid to convince the public that its premium produce is good enough to take a spot on their dining tables this Christmas, Tesco will be focusing on both festive food and wine in 2019. There will even be an opportunity for customers to take part in experiential tasting sessions to help them make up their minds.

This may be Tesco’s attempt to rival higher-end grocery chains like M&S Food, which – until recently – tended to steal the spotlight during the festive period, when customers are willing to spend a little extra on better quality produce.

Champagne brand Moet and Chandon have opened an immersive alpine experience at Sky Garden in central London to get everyone into the Christmas spirit.

Adorned with cozy throws, plenty of winter greenery and lots of sparkly accents, customers can experience luxury booze alongside some of the best views London has to offer.

And your ticket includes a complimentary cocktail ???? Sky garden have launched their exclusive champagne winter bar and it’s all kinds of stunning @SG_SkyGarden https://t.co/Ki9hnlLoDi pic.twitter.com/sB6kjkK4XR

Pairing lavish champagne with breathtaking scenery (both inside and out) is a sure-fire way to reinforce the brand’s luxury identity, and keep it front and centre of customers’ minds prior to their big Christmas shop.

Established men’s magazine Esquire is showcasing its exclusive ‘Esquire Edit’ menswear collection at the upmarket Princes Arcade. The retail space, packed with luxury boutiques, seems the perfect setting for a high-end lifestyle brand and is sure to attract plenty of attention during its limited opening.

Consisting of just 10 items, the collection has been made available to buy in-person at their pop-up store, or online later if customers need some extra time to sleep on the decision.

Looking for something to do today? How about visiting the Esquire Edit at the Princes Arcade pop-up ????https://t.co/Rn2cZzPkRf pic.twitter.com/IHNZnXZLDX

As with most luxury brands, a physical space in which visitors can browse enables customers to try out what’s on offer before committing to a high-value purchase. Indeed, Esquire‘s Style Director Charlie Teasdale explained:

“Many of the products in this year’s collection need to be seen up close for their quality and craftsmanship to be clear, and the store gives our readers and everyone beyond the opportunity to get up close and personal with the Edit.”

What is micro-retailing and why is it a growing trend? 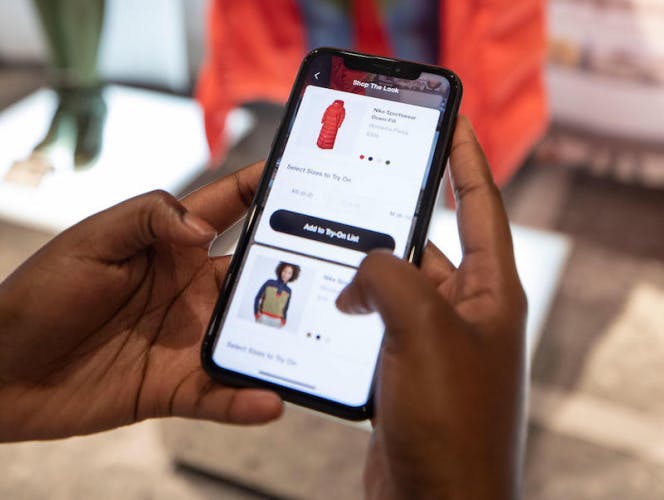 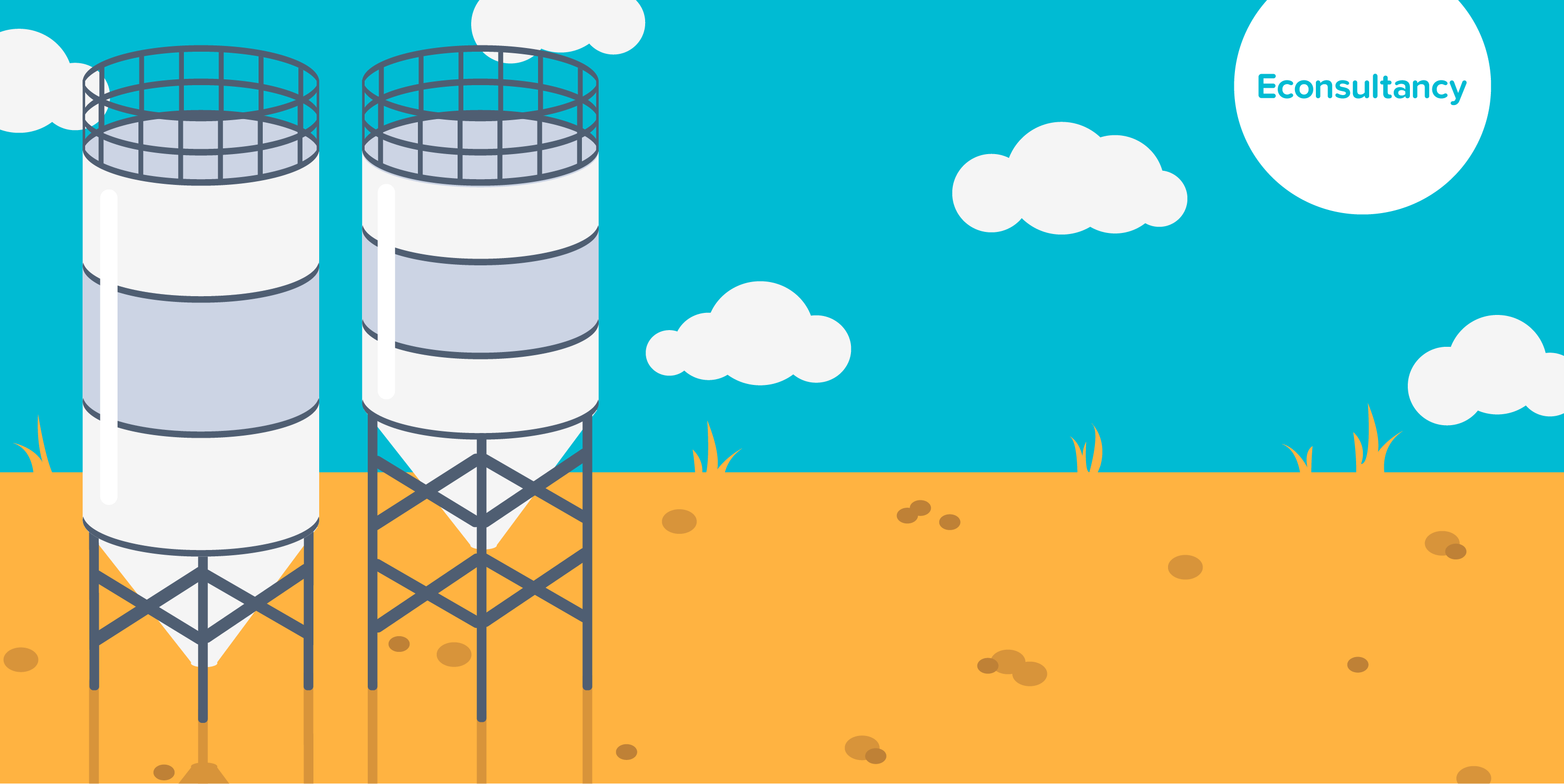