The Barbican’s latest exhibition explores the rise of artificial intelligence and the increasingly complex relationship between humans and technology.

Visitors to ‘AI: More than Human’ are able to delve into cutting-edge research projects by MIT, DeepMind, IBM and Google, among others, and get a glimpse of not only what is in store for AI, but its roots and its evolution. As Assistant Curator Anna Holsgrove tells Econsultancy: “One of the key messages is that although technology is developing, the desire to create intelligence and give it a physical form is an idea that dates back centuries and crosses cultures.”

The exhibition delves into everything from ethics to the future of our species, touching on several important themes. But what are the key learnings for marketers?

1. It is not a question of whether or not AI can be creative, but when that creativity will be embraced by the industry

As this exhibition proves, AI already has the potential to produce works of art. Mario Klingemann’s ‘Circuit Training’ uses neural networks to create art from photos of visitors. These images are taken with consent in a booth and manipulated. People can then vote on the images they find the most interesting. The computer learns from these interactions and creates an aesthetically-pleasing painting that always evolves, using the images and preferences of visitors as the base of the artwork.

Similarly, Nexus Studios and Memo Akten’s ‘Learning to See’ installation uses neural networks that have been trained on different data sets representing water, air, fire, earth and space. As the system has been trained only on specific data, it can only see the world through this lens. A live camera feed shows how the neural networks interpret everyday items compared to the real form.

“Creativity and AI can be thought about in a couple of different ways. On the one hand there are artists in the show who are turning to AI as a tool to create their ideas. Anna Ridler, Mario Klingemann, Sam Twidale and Marija Abramovic all use AI as a material to make their work. On the other hand, there is the idea of AI being creative itself or inspiring creativity,” says Anna Holsgrove.

Currently, AI is mostly being used as a tool in our industry. It might not be in a position to compete with human creativity just yet, but it will certainly become more involved in campaigns of the future.

2. In data, we trust. And this is perhaps our biggest downfall when it comes to AI

AI is as only as good as the data we put into it. Biased data will lead to biased results. This has led to many infamous blunders over the years, one of the most memorable and disastrous being Microsoft’s Twitter bot Tay which spewed out racist tweets.

Despite the incredible failure of this, there are still many instances of the most powerful AI systems being built with bias. The Barbican’s exhibition features Joy Buolamwini’s experience in the thick of this. As a computer science undergraduate, she noticed that many facial recognition technologies couldn’t detect her in the same way as her light-skinned peers. Years later, while working at the MIT Media Lab, she discovered the problem persisted and decided to start investigating and tackling the issue.

A Marketer’s Guide to AI and Machine Learning

Her research found that facial recognition technology is heavily biased towards white men. She tested three commercially available facial recognition systems by Megvii, IBM and Microsoft and found that the gender of white men was correct 99% of the time, but this dropped down to 35% for women with darker skin. In her ‘AI, Ain’t I A Woman?’ spoken word video at the exhibition, she describes how many AI systems don’t recognise the gender of the most famous black women in history, such as Serena Williams, Sojourner Truth and Oprah. This largely comes down to not training algorithms with diverse data sets.

As facial recognition is increasingly being used by authorities, it is becoming even more important to address these biases and commit to having inclusive data sets.

It is not just facial recognition. All sorts of AI have been built with bias. Google Pair’s ‘Waterfall of Meaning’ illustrates this. The installation looks at how computers understand human associations. It shows where words sit on scale of machine / human, good / bad and he / she. Proving that imperfect humans will create imperfect machines, the system is riddled with false stereotypes. For example, if a visitor types in the word ‘parenthood’, it falls on the ‘she’ side while the word ‘intelligent’ falls on the ‘he’ side.

There is a valuable lesson here for marketers wanting to harness AI, not just in terms of diversity, but also in terms of the overall viability and reliability of data sets as a whole.

3. Privacy is a very real concern in an AI-fuelled world

It is no surprise that consumers are becoming increasingly concerned about privacy. Almost three quarters (73%) of US respondents say that their concern over the privacy of their personal data has increased in the past few years.

Several of the exhibits at the Barbican certainly spark some debate around this. Affectiva, for example, has created an AI system that can improve road safety by tracking the emotions and reactions of drivers, detecting the likelihood of getting involved in an accident.

Evidently, there are some amazing things that can be done if we give up privacy, but there needs to be more regulation, more transparency and more thought into protecting privacy. With camera-based AI devices on the rise (Amazon’s Echo Look, for example), there is a real need to reassure the customer about the use of their data.

‘Kreyon City’, an installation at the exhibition, invites visitors to build their own cities using Lego pieces and invites them to learn about how humans and AI could collaborate to make decisions around infrastructure, architecture and city planning. All progress is monitored by video cameras and sensors. The idea is that the best, most effective solutions consist of a combination of data, creativity and input from both machines and humans. This is the same for the use of AI within organisations. A balance between computers and people is key. For example, within customer service, AI can carry the burden for many simple, repetitive tasks but for more complex tasks, the human touch is needed.

In a similar vein, when AI is used within organisations, it must be monitored and understood by a human. Even after an algorithm or AI is built, humans must be kept in the loop. They must keep track of it and avoid a ‘black box’ problem where they don’t understand how it is making decisions.

As Anna Holsgrove tells Econsultancy, rather than fearing AI, there is a lot to embrace in this collaborative future. “There are many different ways to think about AI, but we always knew that we wanted to create a positive journey that focused on the collaboration between humans and AI and inspired visitors about the opportunities that the future brings,” she says.

To promote the exhibition and start a conversation around AI, the Barbican collaborated with marketing technology agency Byte to create a chatbot. Users can engage with the bot to understand AI’s impact on society in a conversational manner. As well as acting as an educational tool, it also worked as a way of gathering insights.

“The purpose of the chatbot was to make people think, but the other objective was around how the Barbican can gather people’s thoughts and feedback. The chatbot features live polls which gather data from the conversations that are taking place on the bot,” Isabel Perry, Director of Technology at Byte tells Econsultancy.

To learn more, read our report A Marketer’s Guide to Chatbots.

Econsultancy’s new report – Overcoming B2B Digital Marketing Challenges – considers the challenges B2B companies are facing as they transform and drive through an increased focus on digital. It looks at the role digital is playing in how companies reach and engage with their customers to drive a better experience and deliver against business objectives. 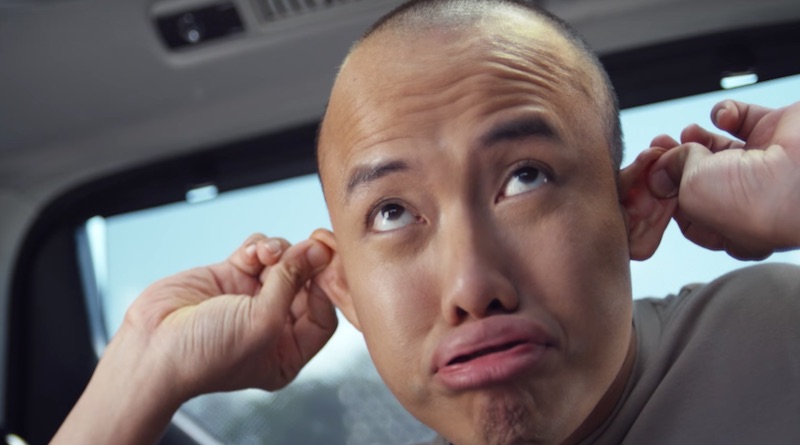 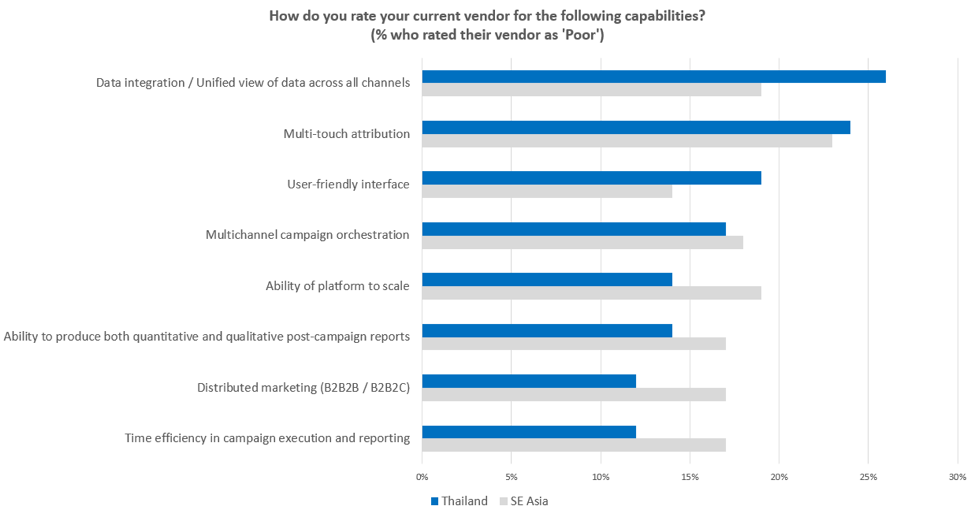 In Southeast Asia, Thailand is, in many ways, an ‘in-between’ country.