But then again, Crocs could be on the cusp of a comeback.

Last year, Christopher Kane actually featured a pair in his catwalk show. Now, the brand is launching a marketing campaign to help change its image, with help from a few well-known celebrities.

The question is – will it work? Here’s a bit more on the campaign and why celebrity-driven marketing could prove to be a tricky strategy to pull off.

Crocs has always marketed itself as a brand that offers comfort, quality and fun. With a focus on the colourful nature of its shoes, it has previously used the tagline ‘Find Your Fun’ to evoke this care-free image.

Its new campaign, however, concentrates on a new type of brand messaging. The ‘Come as You Are’ campaign celebrates individuality, instilling the idea that people should reject labels and feel comfortable in their own shoes. Both literally and figuratively, of course.

While it’s an undoubtedly positive and empowering campaign, it’s hard to ignore the fact that the brand is also referencing its own struggles to be accepted. There is the sense that it deliberately referencing its uncool image – perhaps even capitalising on it.

This is no bad thing actually. In fact, the campaign’s slightly ironic element might be the best thing about it.

To deliver its new message, Crocs has chosen to feature celebrities in its ads including Drew Barrymore, WWE wrestler John Cena, and Korean celebrities Yoona Lim and Henry Lau. This is where the campaign seems off the mark.

Sure, John Cena and Drew Barrymore come across as confident in their individuality, but placing them together seems a somewhat strange and random combination – especially when you add in Lim and Lau who are lesser known outside of Asia.

This is the problem with celebrity-endorsement in a nutshell. If, for some reason or another, it doesn’t feel entirely authentic or natural – it just doesn’t work.

With more brands choosing to work with social media influencers to build a sense of real relatability – Crocs’ reliance on celebrity endorsement feels a little tired.

Similarly, the broad and somewhat sentimental nature of the ad feels too heavy-handed. When you think about it, Crocs fans don’t actually buy the shoe because it showcases their individuality – they do so because it’s the most comfortable pair of shoes they can get their hands on. Surely promoting the functional aspect of the product would be far more authentic.

Celebrity-driven ads are not the only part of the campaign. Other online activity includes a GIF generator, allowing users to upload a selfie that celebrates their unique and individual traits. The brand will also roll out Mother’s Day promotions in time for the US holiday, heavily featuring Drew Barrymore and her own story as a mother.

So, will the ‘Come as You Are’ campaign do much to combat recent losses? With Crocs reporting a $44.5m sales decline in the fourth quarter, as well as the imminent departure of CEO, Greg Ribatt – it’s a pretty tall order.

While a few recent posts indicate that Crocs might be delving into the world of influencer marketing to support its social strategy, it remains to be seen whether or not it’s too late. Of course, celebrity-driven marketing is still relevant and highly effective when done right, but to use it to turn around a failing brand is perhaps too much of a gamble.

You can also download the Future of Celebrity Marketing report here. 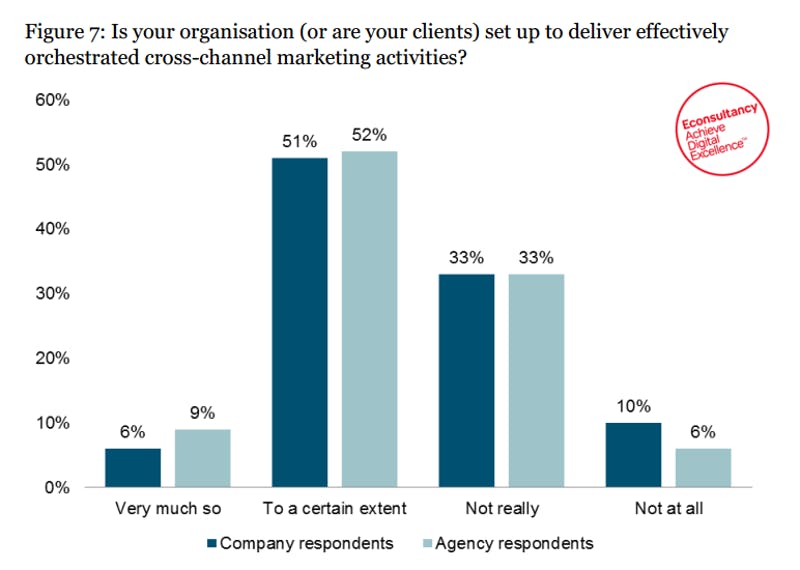 It is always a challenge for brand marketers to optimize campaigns, even in a single channel.

Coordinating campaigns across many channels is even harder, though, according to a recent Econsultancy research report, produced in association with IBM Marketing Cloud.