For Debenhams, once a mainstay on the British high street, the needs of its most loyal customers remained a priority as the pandemic hit (and stores closed).

“For us, through the year that passed, and the crisis as it opened up – the key thing was that it was changing constantly,” says Comber. “As a business owner and brand owner, you understand exactly what is happening and you take the government guidance on top of that. As a consumer, your news filter is very different. So for us, it was a lot about trust.”

Now, of course, we all know that consumer trust doesn’t necessarily translate into sales – particularly during uncertain times – which is something that Debenhams struggled with as the shift to ecommerce gained momentum early in the pandemic. Comber emphasises Debenhams’ quick decision-making, however, and its swift recognition of what the retailer needed to do to.

“For us, it was about being able to pivot very quickly into growing our online and direct-to-customer proposition through digital sales,” she says. “It was something that we grew massively – we had a real focus on CRM and we enabled lots of really agile business processes through having colleagues working safely in-stores when they were closed, but still enabling all our customers to get everything they wanted to buy without being able to go to the shops.”

This meant focusing on events and occasions such as Christmas and Valentine’s Day which, as Comber explains, are “key times throughout the year when you would be going out and looking for inspiration for what to buy for your loved ones.”

“Those gifting times have become ever-so much more precious now, because you’ve been away from some of those people for so long.” Debenhams doubled down on these occasions, ensuring that its online store remained accessible for customers as stores were closed.

Communicating across all levels of the business

Another way that Debenhams reacted to the pandemic was around its ways of working, which shifted to a more level-playing field within the business.

“We definitely changed the way we worked with our in-house creative team – pretty much everyone came to those meetings so they understood how the business was running at a very fast pace and the changes that need to be made (rather than having to follow the email chain of changes and adaptations to campaigns as they went through).”

Comber says that this benefited morale, and in particular served junior employees who were exposed to strategy that they would not otherwise have been privy to.

“For people who work towards the more commercial side of the business, it gave them a much broader view of what is important to the business and the speed at which decisions needed to be made (rather than not understanding why a product was taken out or put in, or why copy was changed).”

“I know for a lot of the junior members of my team, they really enjoyed having that exposure (through digital teams meetings) to the kind of discussions that were happening. It really made them understand how important they were but where they fit into that overall wheel of commerce.”

Comber says that retail businesses in general, not only Debenhams, will need to ensure that they learn from the pandemic.

“The challenge for us as we start to come out of this and open businesses up is – how do we not go back to our old ways of working? How can technology and working in a physical environment come together, and how can we bring those lessons forward?”

Comber explains how Debenhams – perhaps despite its overall failures – has still generated positive outcomes during the pandemic, particularly in terms of how it managed to adapt and tackle certain challenges head on in order to accelerate digital change.

“I think that the opportunity is for us to remember how brave we were. Those brave agendas that we took on (because we had to) moved us at such pace that they probably took three years off our digital transformation agendas.”

“I also think that we aim for ‘perfect’ every time, and after having gone through this, people know we don’t live in a perfect world. Things change and they change quickly. So, be willing to put things out there and get your customers involved – say, ‘we are trying this, does this work for you?’. If not, listen to your customers, and move things on. This is just like one massive beta test for everything that we do.”

Another area of success for Debenhams during the pandemic was its customer contact centre, which was rapidly set up after the company’s initial supplier dropped out.

“It was something that nobody could ever have planned for. We rolled out laptops to colleagues who were working on beauty counters one day, the store was closed the next, and then they were talking to their customers online about where their order might be or how they would manage a refund… These customers were talking to real, shop-floor, employees from Debenhams.”

Comber says that this resulted in Debenhams’ highest ever NPS in the customer contact centre. “[Employees] were having to deal with things, as we were rolling out technology to their homes really quickly.”

“I don’t think we will ever do anything at quite such speed again, but we mustn’t slow back to the pace that we were at before… we owe it to ourselves to have learnt something from this.” 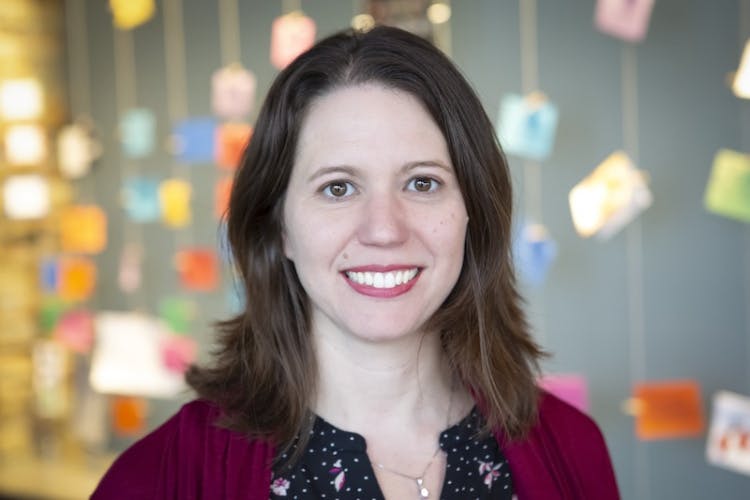 Deanna Ballew is the Chief Innovation Officer of the DAM and PIM software provider, Widen. We caught up with Deanna to find out her approach to working from home, plus her tips for marketers.

What does the new retail landscape mean for Lyst and the burgeoning ‘fashion tech’ space in general? Chief Partnerships Officer Jenny Cossons discusses personalisation, social commerce and becoming the ‘Spotify of fashion’.

The events of 2020 have fundamentally changed the course of ecommerce. So, what can marketers and brands expect over the coming 12 months? Our own Richard Robinson, Managing Director of Xeim Engage, asked the following panel of experts at eCommerce Expo 2021 for their opinions: Cassandra Stevens – Global Commerce Lead at Publicis Commerce Simon […]