This week’s stats roundup is a corker, if I do say so myself.

It includes news about Twitter controversies, AI investments, email in a post-GDPR world, and ever so much more. The Internet Statistics Database is also jam-packed full of interesting stuff too, so be sure to give it a look.

A survey by LoopMe has revealed that marketers are spending on average 15% of departmental budget on AI. However, as many as 33% say they are unable to measure the impact of these investments on the business as a whole.

71% of marketers are using their AI investment to create and deliver personalised ads, with nearly 58% viewing personalised content as the most important benefit of AI. This is compared to one in three who think serving ads at the right time is most useful.

In terms of where spend comes from, 40% of marketers allocate it to their general marketing budget, whilst 30% favour the digital budget. A further 16% allocate this spend to their innovation budget, and 5% allocate it to their research budget. Only 10% of those surveyed said they were not investing in AI at all.

Only half of marketers have had training in top priority skills

The IDM has looked into the key skills that the data and marketing industry believes are essential to future career progression.

Out of the 33 skills in question – grouped into five different categories – it identified ‘gaps’ in 27 of them, with data-related skills requiring the greatest attention and investment. The biggest skills gap found was in artificial intelligence and machine learning, despite the number of roles in AI rising by 485% in the UK since 2014.

The research also states that only 51% of marketers have had training in any top priority skills. Training is certainly worth the investment, however, as 52% of those who have participated in it state that it led to recognition within their existing organisation, and 28% even received a promotion as a result.

60% of searches for Black Friday sales made on Thursday night

New data from EmpathyBroker has revealed that 60% of search queries for Black Friday sales occurred between 10pm-12am on Thursday 22nd November. 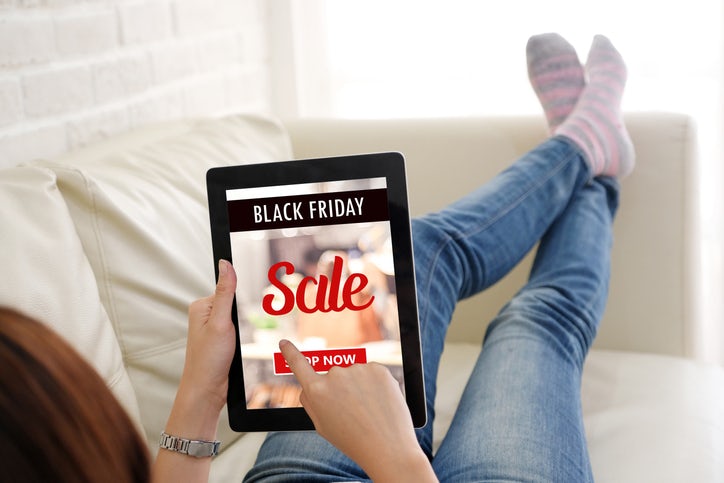 There was a 60% increase globally on queries compared to 2017, with a 41% increase in the UK alone. Meanwhile, queries on Black Friday itself were 337% higher compared to the average shopping day, and the most popular search term in the UK were ‘dress’, followed by ‘coat’, ‘jumper’, ‘faux fur’, ‘boots’, ‘jeans’ and ‘scarf’.

The latest benchmark report from Cheetah Digital suggests that GDPR compliance is having a positive effect on email marketing. Q3 saw a 12.3% dip in unsubscribe rates across industries compared to this time last year, proving that marketers are communicating with the right audience.

Mobile is growing, too, with 45% percent of total email opens and 58% of total clicks occurring on mobile phones or tablets in Q3. 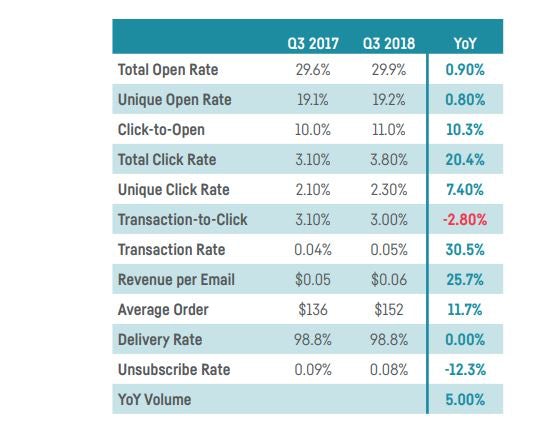 UK shoppers aim to buy all Christmas gifts before December

A new Aptos survey of 2,000 UK adults has revealed UK consumer shopping habits in the run up to Christmas. It found that the majority of consumers are hoping to have their Christmas shopping wrapped up by 30th November, meaning that the prime time for retailers to target consumers should be long before the traditional festive period properly kicks off.

How marketers can beef up their email lists before Christmas

In terms of what consumers want the most from their online shopping experience, 70% of respondents say that price is the most important factor in the run up to Christmas, and 50% say speed of delivery. 71% of in-store stoppers also cite price as crucial, while 54% say deals and promotions, and 37% say good stock levels.

Covering up wrongdoing is the most damaging kind of brand controversy

A report by Morning Consult suggests that brands should exercise caution when weighing in on criticism from users on social networks like Twitter. This is because, quite often, outrage on these platforms do not translate to long-lasting negative perceptions.

However, in a survey of 2,000 consumers, it was revealed which controversies do result in a real change in perception for Twitter users. Overall, covering up wrongdoing was found to be the most damaging type of controversy, followed by the mistreatment of employees.

Meanwhile, 71% of survey respondents said that they would feel much less favourable about an online brand if it was found to have lied to customers and did so in order to increase profit. 68% said the same if they found out the company was caught falsifying accounting records in order to increase profits. In contrast to this, just 15% said they would lose favour if the company’s CEO said something rude on social media about people who share their political beliefs. 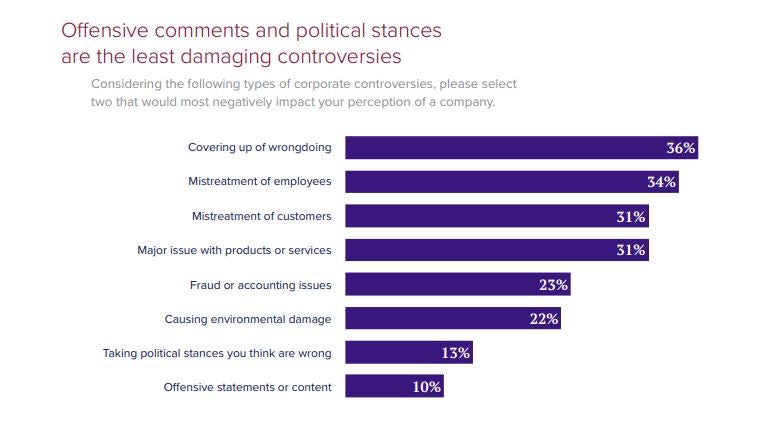 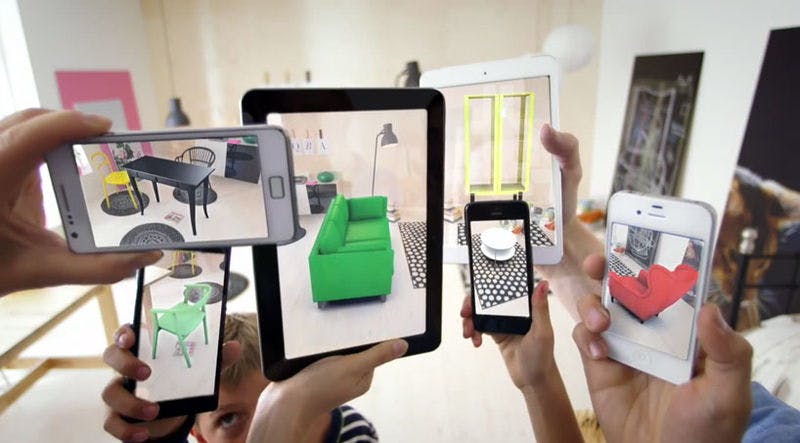 In an effort to better compete with the 800-pound gorilla of online retail, Amazon, more retailers are embracing relationships with third-party vendors.