In the four years since its start, Dare to Try has become less a program than a brand, responsible for finding creative solutions to many of the difficulties and puzzles Pfizer encounters as a major organization.

It’s hardly a secret that large, multinational corporations can have a difficult time encouraging experimentation – that is to say, failure – among thousands of employees in offices and laboratories across the world. Received wisdom in the C-suite holds that corporate culture descends from the top, and that’s probably true.

Still, Pfizer’s senior director of worldwide innovation Dan Seewald had a different view – what if Pfizer were to dispense with overtures from the company chiefs at large, imploring employees to try new things and experiment, and instead start a proactive and structured program at the grassroots level?

The result was Dare to Try, a company-wide program that uses various tools, training sessions and a network of self-nominated “champions” to, as Austin puts it, fail “freely but inexpensively” until success is found.

In an interview with Innovation Leader, Seewald stresses that Dare to Try was an innovation itself – the project “didn’t happen overnight,” but emerged as the product of a decentralized approach. Seewald believes this was beneficial at first, but that the success of Dare to Try owes itself to the gradual centralization of its effort. “Otherwise,” he notes, “you just have competing cultures within an organization, which in my opinion is not a great thing to have.”

So what kind of problems does Dare to Try solve? Gauging the success of the Champion network has been an ongoing process within Pfizer, but some success stories need little analysis to prove their worth.

One such resolution occurred after a Pfizer employee discovered that the company was due a paltry sum of money from a rebate, but realized he didn’t know how to move it into the company’s treasury. Upon asking finance, he discovered that no one knew. How could it be, this inquisitive employee wondered, that there isn’t an easy way for Pfizer to accept free money? Surely, that should be the easiest kind to receive.

The question of the unacceptable pittance escalated, even catching the ear of the CFO, until finance heads suggested that the then-nascent Dare to Try program try to help.

Dare to Try Champions put themselves in the shoes of finance – how can we craft a way for the organziation’s thousands of disparate members to deposit small-sum funds from irregular channels (like a rebate)? The solution came in the form of a company deposit “portal” which remains in company-wide use today and clocks millions in previously ignored sums of money.

On top of brainstorming solutions to practical problems like the one described above, Pfizer’s Champions run training programs and act as general “evangelists” within the organization, doing the legwork of extoling innovation and encouraging a culture of experimentation.

Pfizer’s unique approach to fixing a sclerotic business culture has become a branded feature of the company, and a point of pride. Tweaks to the program continue to be made, like firming up the structure of the Champion network by asking participants to devote 5-10% of their time to Dare to Try, which is part of the ongoing process of maintaining an experimental corporate culture.

To learn more about digital transformation in Pharma, join us for ePharma in New York on March 6-8.

GE is a fascinating company. For those that don’t know, it was originally the Edison General Electric Company.

And though it may be a venerable old company, it’s famously an innovative one. That innovation extends from products to marketing and GE’s ongoing digital transformation. 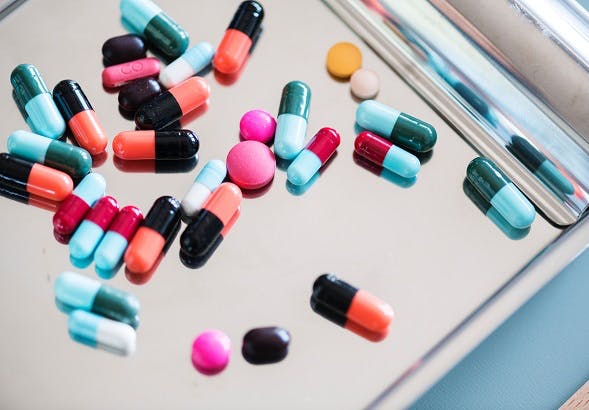 Now that ePharma’s 2017 conference in New York has wrapped, organizations across the industry look to be facing some common problems.

What is the purpose of a business? The funny-because-it’s-true joke in the HBO comedy Silicon Valley was that every startup professed to want to ‘change the world’.

In reality, the purpose of a business is a bit more prosaic – ‘business thinker’ Peter Drucker defines it thus: ‘to create a customer’.