Leading the way for stadium tech

One area where football in the US stands out is targeting improved fan experiences at stadiums.

A recent Diginomica article paraphrases Paraag Marathe, President of the San Francisco 49ers who cites data and interactivity within the stadium as a way of enhancing fan engagement and ultimately revenue.

Replays can be sent direct to fans’ phones within the stadium, and they can order food and products via their mobiles and have them despatched to their seats “within five minutes”.

The brand’s mobile ticketing app is the key to unlocking fan preferences.

What this shows is the increased ability to serve fans through their mobiles. This starts by providing connectivity, and WiFi is one area where the NFL is trouncing soccer.

Wireless hotspots (there are apparently over 700 at NFL stadiums according to rippleffect) obviously promote social media activity at the game. They also afford another advertising revenue stream, as fan attention is focused on a portal or signup process, which can then capture email addresses. It’s apparently a $1.5bn industry in the U.S. according to IBISWorld and is a driver for much evolution of data analysis, as well as media engagement with the NFL.

Someone once told me that half of office web traffic at the start of the season is to Fantasy Football sites. I haven’t been able to verify this but in September 2015, seven of ESPN’s top 10 trafficked articles were about fantasy football.

There’s certainly a febrile atmosphere when it comes to the consumption of NFL stats. That’s where sensors and the IoT come in.

This season, NFL players have had sensors in their shoulder pads that allow accurate tracking and have been used by teams to analyse on-field time, and also by the league to embellish fantasy football data.

As ever with American sport, it seems fans’ hunger for stats can be as big a driver of innovation as teams’ appetite to increase revenue and fan engagement. Football games have already been provided for the samsung VR headset, and some NFL clubs are experimenting with the technology for play instructions in training.

Technology such as 3D broadcasts never took off in sport – ESPN’s 3D NFL died in 2013 and Sky dumped 3D UK soccer in 2014 – but VR is certainly attracting some backing.

Baseball is of course synonymous with data analysis to facilitate on-field success (known as moneyball).

But, as an enlightening Harvard Business School article details, the Boston Red Sox are moving this reputation to operations, too.

The Red Sox is analysing data to optimise ticket sales and stadium capacity.

Focusing on season ticket holders, the team subscribes to the business philosophy of customer retention being a lot cheaper than acquisition.

That means tracking preferences of these fans and alerting the club when a season ticket holder may be on the verge of abandoning the team. Tracked promotions are used to try to further engage these lapsing fans.

With ticket pricing, many MLB teams have been tackling the resale market that’s so prevalent and lucrative in sports.

Dynamic pricing makes tickets affordable to all types of fans. Prices will rise for high demand games, making it harder for touts to make a good margin by buying up all these tickets with bots.

This means that though ticket pricing will not be tackled (and some say there is an effect on game attendance), more of the overall revenue will go back to the club instead of resellers.

The Red Sox is even willing to give away free seats based on ticket projections, in the knowledge that each fan spends an average of around $10 per game. Facilitating ticket exchange and ticket donation between fans is also another method of keeping control of tickets and maximising revenu.

It’s worth mentioning MLBAM. For years baseball was thought of as the old fashioned American sport, but MLBAM has been innovating since it was founded in 2000.

MLBAM is a live streaming pioneer in the US, streaming games since 2009 and now innovating in mobile streaming.

Much like the recent improvements to NFL stadiums, MLBAM has created a mobile app for MLB attendance, called At The Ballpark.

This Forbes article is a good primer to MLBAM, the company that’s rapidly expanded horizontally into areas other than baseball.

At The Ballpark app Digital technology is certainly still changing how clubs analyse player performance, though soccer falls behind more complex American sports in this regard, where real-time data is used pitch-side.

To some extent, the recent launch of digital transformation (DT) intiatives, such as Chelsea’s and Manchester United’s respective partnerships with Indian specialists, are long shots.

These schemes will focus on emerging technologies and the transformation of the global fan’s experience. Both clubs will have to be careful not to throw money at technology that doesn’t yet have a solid use case.

There’s no doubt that a digital experience centre such as the one being designed for Old Trafford (Utd’s stadium) offers a new way of engaging fans, but this doesn’t exactly represent digital revenue, more a new type of tourist attraction.

Transformation partners – will they work?

Soccer outside of the US has perhaps traditionally been less of a level playing field than American sports such as NFL and MLB. That’s because clubs are more independent of any particular league, with promotions and relegations playing a big part of many clubs’ history. In the NFL, for example, the relationship between franchise and league is much closer.

However, the majority of revenue for major UK soccer clubs, as with most team sports, comes from TV rights, sponsorship and gate receipts (see Manchester United’s 2015 revenue below).

With around £125m of commercial revenue coming from just two sponsors in 2015 (Adidas and Chevrolet), the question for Utd is whether digital tech is worth the investment in a sport so dominated by other revenue streams.

At the moment, soccer clubs around the globe are stil characterised by a somewhat disparate mix of their own clunky video platforms and member areas, an online shop and a vast array of social network profiles.

Most marketing departments are improving, but there’s still a lot to do to improve use of data, quality of website infrastructure and fan communications.

Of course, one thing that the biggest clubs have in their favour is an enormous following in many different parts of the world, with fairly sophisticated social media strategies in place to capitalise here. Clubs have already tapped in to these markets with merchandise and touring friendly games, the challenge is to maintain their fanbase amid the rise of new footballing powers (such as China).

Using new tech may be vital for brand engagement globally but it will be two or three years, at least, before we see the wood for the trees. Part of me fears that big clubs will be seen as easy targets for transformation partners that focus on hardware and emerging tech, rather than ‘low-hanging fruit’.

(Facetious N.B. If soccer clubs begin use digital to improve the matchday experience, will there come a time when Newcastle United fans physically won’t be able to throw their season ticket at their manager?) The NBA has had a microsite devoted to stats since 2013. Since its launch, game data from the ’40s to present day has been released, too.

Data, as we hinted above with the NFL, is transforming the way the fans and the media engage with the sport, but is also feeding back into the game.

Indeed, these new NBA stats, as Bola Awoniyi points out, have been responsible for many a debate about player worth and have contributed to coaches being replaced.

This is true of all sports but the NBA has taken this to its logical conclusion by not only engaging fans across platforms, but by giving fan engagement deeper meaning as a stat in itself.

NBA Pulse allows fans to see which players are most popular during gametime on social media. It includes some great data visualisation and adds another angle on top of drafts and contracts with which to pump up the celebrity value of its biggest exports.

Of all of the sports I’ve mentioned in this post, I admire basketball and the NBA for this religous understanding that data is valuable as an export. For more on sports, read How US sports leagues use content marketing to increase fans and drive business. 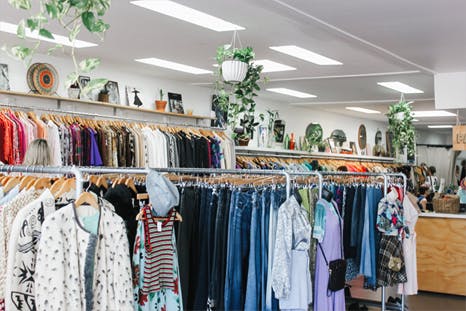 Digital transformation is one of the most important topics facing retail today.