So it’s a pleasant surprise to see Southampton FC buck this trend and create a website that offers a decent UX and interesting content.

My colleague Ben Davis has already written a comprehensive review of the site, but this post looks in more depth at how the website was developed and its role in a larger digital transformation project that Southampton is working on with digital agency Delete.

While Southampton FC accepts that it can’t yet compete with mega-clubs like Manchester United and, ahem, Tottenham, it can aim to consistently be among the ‘best of the rest’ in the Premier League.

In order to maintain and improve its on-pitch performance, the club needs to increase its sponsorship revenues. And in order to become more attractive to sponsors, it needs to grow a larger group of engaged fans globally.

It’s fair to say that few people really dislike Southampton, and it has a reputation for nurturing young talent that could act as its USP if packaged correctly. In marketing speak, the club is a challenger brand.

But how can you turn a general feeling of warmth into genuine support for the club? The sense was that a great digital experience would help nudge people towards becoming fans. However, up until two years ago the club didn’t have a firm understanding of its fan base, so it set about doing some old fashioned marketing.

A market sizing exercise revealed that the club’s global potential customer base was around 190m people, but it was only monetizing 11% of that audience.

Obviously only a very small percentage of that number will be able to attend a match at Saint Mary’s, so the club needed to find other revenue streams, whether that be from advertising, sponsored content, or a digital membership scheme.

All of these potential avenues would require the club to improve its digital platforms and bring in more site traffic.

To really make the most of the opportunity the club would also need to vastly improve its data strategy. Until recently the main website, ticketing and club shop all used different databases and none of the systems spoke to each other.

One of Southampton’s aspirations is to gain a single customer view so it can deliver a more consistent customer experience, and also maximize revenues. This latter part will take a while longer to come to fruition, but the new website is the start of the process.

Southampton is attempting to turn its site into the destination for fans looking for news about the team during the week and live updates on match days.

This is a huge challenge, as the club is trying to teach fans a new behaviour, something which many brands have tried and failed to achieve in the past.

Delete also recognized that the club is competing for people’s attention with other entertainment brands, such as Netflix, so the user experience is key if it is to stand a chance of success.

Research undertaken by Saints and Delete showed that football fans are constantly grazing on content during the week, jumping from sites like the BBC, to social networks, to sites like Sports Bible, to Sky Sports, and so on.

On a match day fans will habitually turn to sports sites like the BBC which give them live updates from every Premier League game. What, then, can Southampton do to get itself included in that list of sites that fans visit each week, rather than just being seen as another boring official club site?

The answer was to take a fan-first approach (this is the era of customer-centricity after all). According to Tom Dougherty, UX director at Delete: “We asked what do the fans want, and then created that experience for them to make sure they keep coming back. If you put business needs first it impacts the fan experience negatively, which then harms the club’s sponsors.”

The outcome of the fan-first approach is the new Saints Live broadcast hub, which aims to provide a constant stream of engaging, unique content about the team.

There isn’t a homepage as such, just a content feed which can be filtered based on different themes. The entire site is built on a single application, meaning it never reloads and navigation is simplified. Again, see our review for more detail.

During the design phase the club developed seven different audience personas, and everything is created with one of these groups in mind.

The content team, headed by Tom Biggs, aims to be constantly refreshing the feed with snackable content such as images, videos and tweets, so there’s always something new for fans to engage with. Fans are hungry to know what’s going on at their club, so Southampton needed to get better at utilising its existing content assets, such as press conferences, youth teams, player stories, training programmes, diets, etc

Rather than publishing one video in its entirety, how can it be chopped up and packaged into different digital formats to extend its shelf life?

Also, sports fans love stats, but few teams make good use of the data they hold on players. Southampton’s content team realised the value of these stats and is developing new ways of bringing the information to life to tell engaging stories.

Previously Southampton’s site was built by Football League Interactive, a centralised web platform offered for free to Football League clubs that want to outsource their website in return for giving up the right to any ad revenue.

While it’s a useful service for lower league clubs looking to reduce their overheads, the UX is poor and every club in the nation logs into the same CMS, which can cause long publishing delays on busy match days.

Southampton’s new CMS is custom built to allow rapid publication of different formats during the week. While the content team don’t have the resource to publish 20 long articles a day, they can easily update the feed with tweets, photos and other social content.

All content is given a master tag which dictates where it will eventually live. This tagging system means content is organised around themes rather than formats, and ensures the content is dynamic and readily available in relevant spots around the site.

For example, each player has their own content feed, as do matches and club sponsors.

Match days are obviously the most important day of the week for football fans, so this is where Southampton really wants to stand out.

Before a game the site automatically switches to a match day design, reflecting the fact that fans are only interested in one thing.

All content at this stage will be related to the upcoming match, and during the game the site switches to a micro-update platform giving detailed, real-time match information. This format is what fans will be familiar with from other football sites such as the BBC, but as far as I’m aware Southampton is the only football club that has created a similar experience on its own site.

Teams will often provide updates via Twitter, but Southampton wants to bring fans to its site rather than providing content for a third-party platform.

This is a bold move that bucks the recent trend among publishers for specifically creating content that lives within social platforms. It’s a big challenge to get Saints fans to break from their usual routines and turn to the site on match day, but so far the signs are promising.

Since the relaunch the site has seen:

There’s obviously more to digital transformation than just a flashy new website. The next phase is the somewhat less sexy but equally important overhaul of the backend systems so Southampton can gain a single view of its customers.

Until recently the club’s retail and ticketing systems were handled by different third parties, so even regular customers remained largely anonymous. Cross-sales opportunities which should have been a no-brainer were impossible due to data constraints.

Delete’s end goal is to simplify the club’s tech stack, bringing it under a centralised system built around Sitecore. A single sign-on will be used to identify fans across the website, content, ticketing and store.

There will also be a new digital offering for foreign fans, with the aim of providing a content and membership platform that they’ll be willing to pay for.

You could equally argue that it’s something that should have been done a long time ago. However, in the context of Premier League football, Southampton’s commitment to delivering a fan-first digital experience is praiseworthy.

And while it would be silly to suggest that digital transformation will guarantee success on the pitch, in the battle for foreign fans Southampton’s culture, commitment to excellence, and digital strategy definitely give it an edge on the competition. 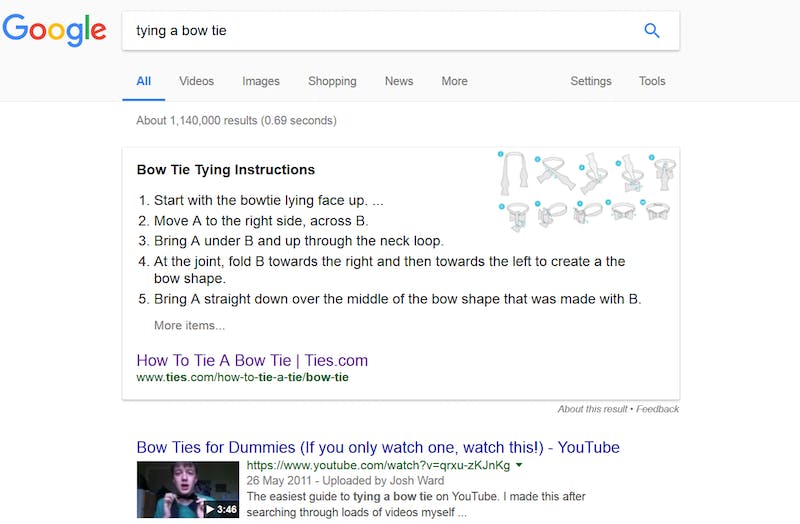 They might develop buyer personas, talk with the sales team (to get first-hand insights about customer challenges), conduct customer research (which can get expensive) and regularly brainstorm new topics. Plus they rely on a very highly developed ‘gut feel’ that tells them when a topic or idea will work.

You might not have heard of RS Components, and that’s one of the challenges for the company’s HR department.

With a digital talent shortage acknowledged by the UK Government to cost its economy £63bn a year, how does an electronics distribution company headquartered in Corby, a place synonymous with the decline of the UK steel industry and once known as the largest town in Europe without a railway station, attract the brightest and best?

Welcome to 2017, the year where rapid change defines marketing.

Are your people ready to embrace real change and build on current momentum? If so, you will see a real digital transformation this year – all the better for the company, your teams and your customers.