Are you being a creep? If you’re a digital marketer working with mobile then unless you’ve got your privacy plans sussed there’s a good chance that your customers will think you are.

As awareness of location data use increases (alongside the revelation that data might not be as anonymous as previously thought), consumers are becoming more and more wary about being tracked over their phones and other mobile devices. They also want to be reassured that any personal and financial data they input will be kept safely and securely.

Research earlier this year found that 66% of smartphone users are more concerned about their privacy on their phones than they were a year ago, while 79% avoid using apps that they don’t believe protect their privacy online.

Regulators are also taking a stand on mobile creeps. The European Union’s privacy watchdogs have warned that users “must be in control of their own personal data” and those involved in developing mobile apps have a responsibility “to create a safe, secure and data-protection-compliant app environment”.

Certain data protection bodies, who are authorised by their national laws to take action, can even impose fines on organisations that they believe are not fulfilling their mobile privacy responsibilities.

Faced with this consumer and regulatory climate, how can you avoid being a mobile privacy creep?

Security and safety are key concerns for consumers, especially around mobile commerce.  Last year’s Webcredible study found that users worry about having their personal details being intercepted or stolen,.

Research this year revealed that 43% of users do not trust companies with their personal information and 91% said that they avoided doing business with companies they don’t believe protect their privacy.

That’s a big chunk of potential business to lose through being careless with consumer privacy.

A recent ‘Opinion‘ from the Article 29 Data Protection Working Party, the umbrella group for national privacy authorities in the EU, highlighted an “alarming disregard” among app developers toward data protection risks, especially around lack of transparency and lack of informed consent.

Start with that document to understand what you need to know to take better care of users’ personal information.

Don’t wait to be hit by a privacy problem and the need for a retrospective fix, with all the loss of consumer confidence and trust that entails.

More than 1,600 new apps are added to app stores daily and the average smartphone user will download 37 apps. If yours is successful then don’t risk your investment by failing to consider privacy from the start.

At an early stage review exactly what personal data you’re planning to collect in your app and avoid or limit collecting personally identifiable data that’s not required for your app’s functionality.

Once you’ve decided on your privacy plan, make it easy for consumers to understand and agree to it, and enable them to make meaningful choices. Make it clear if you’re accessing location-specific data and if you’ll share that information with third parties.

Don’t assume the EU Cookie Directive only applies on desktop websites, it doesn’t.

Let your users opt-out of targeted mobile advertising if they want to and avoid delivering ads outside the context of the app. With nearly half of consumers checking for independent privacy certification or seals, being able to show that you’ve undergone rigorous vetting by an independent third party can be a simple way of demonstrating that you take mobile privacy issues seriously. Two of the major digital trends of 2013 have been content and inbound marketing, both of which rely to an extent on having an effective content management system (CMS).

New research from Econsultancy and Adobe shows that although organisations are very aware that their ability to implement an effective content strategy is tied to the integration of their CMS with the other technologies, the promise of the technology far outstrips their current reality.

The data shows that 94% of businesses believe that it’s “quite” or “very important” to tie content management together with the ability to measure its performance on site (i.e. web / mobile analytics).

Digital asset management (91%) and personalisation (88%) are also seen as key areas that need to be integrated with the business’ CMS. 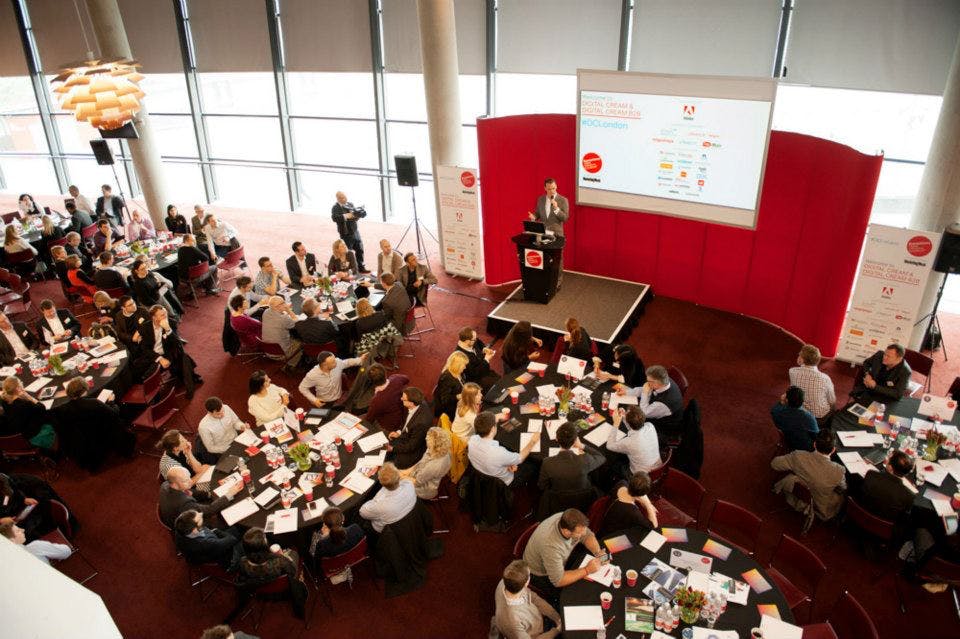 Held every year in cities across the world, Digital Cream brings marketers to a selection of exclusive invitation-only roundtables, each with a different theme.

Last month, it was London’s turn. One of the roundtables focused on cross-channel marketing, the findings of which have just been released in our free-to-access Cross-Channel Marketing Trends Briefing, sponsored by Responsys.

The speed of change means that companies are finding it difficult to keep up.

Full details are available in the free report, but for a quick summary, read below…