To draw attention to the dangers of global warming and rising sea levels Carbon Story created ‘World Under Water’.

It used Google Street View to allow people to see what the world would look like if sea levels continue to rise.

I don’t wish to alarm you, but this is what Marlow High Street would look like under water… The campaign generated a huge amount of press coverage, estimated at $36.8m of earned media and 263m media impressions across 186 countries.

It gained coverage on CNN, the BBC, Huffington Post, Mashable and a load of other news outlets.

There were 3.3m pageviews and users created more than 900,000 under-water images.

In order to broaden its appeal to the youth market, Suntory Whisky created a web app that let 10 lucky users create 3D ice cubes of anything they wanted.

To enter the competition users had to take a photo of an object they wanted to make into an ice cube then create a 3D wireframe using a free online app called ‘123DCatch’.

Three winners were then chosen at random and their images were turned into intricate ice cubes using some hi-tech wizardry. In the first two weeks after launch the campaign attracted more than 5m tweets from 47 countries, and more than a hundred inquiries were made to install the 3D on-the-rocks service in bars.

To promote its English language service the British Council created a ‘Know Your English’ banner ad that allowed people to check the spelling and pronunciation of any word just by highlighting it on a webpage.

It ran on content-heavy sites such as news organisations, travel blogs, and lifestyle forums.

Once clicked, the banner ad took people to the British Council’s website where they could enrol in English classes. The campaign was executed in three markets – Singapore, Malaysia and Shanghai – reaching more than 15,861 prospects within three days.

There’s no mention of how many people actually signed up to English lessons though.

The car company took the data from Senna’s original lap and digitally recreated the noise that the car would have generated as it sped round the Suzuka track in 98 seconds.

This video explains it in more detail.

The campaign generated a huge amount of press coverage and was the company’s most-viewed YouTube video ever.

The idea was to draw attention to the company’s Internavi technology, which made the whole project possible.

But really it’s just a very, very cool PR stunt and a wonderful tribute to Senna (as an aside, I’d advise all readers to watch the Senna documentary released in 2010).

The shoes were embedded with a GPS chip that synced with a ‘Take Me Home’ mobile app that enabled users to specify a safe travel radius. Once the Alzheimer’s sufferer exceed the travel zone the app alerted the user so they could ensure their family member was safe.

It’s a neat way of tying the brand to a worthy cause and also performs a genuinely useful service.

Selfie campaigns have been done to death now, but this one is worth mentioning as it was in aid of a good cause.

Participants had to take a selfie while covering their face with a piece of paper that showed a handwritten URL which linked to a donation page where people could support victims of Typhoon Haiyan. It taps into the whole charitable viral phenomenon that also created the #nomakeupselfie campaign for Cancer Research and then jumped the shark with the ice bucket challenge.

The campaign attracted international press coverage and a high profile endorsement from US Secretary of State John Kerry, but there’s no information on how much money it raised.

An obvious problem is the length of the URL that Kerry tweeted, which nobody would ever bother to type into a web browser.

Google Maps probably doesn’t need a huge amount of promotion, but it teamed with Pokemon to increase awareness of the product and drive app downloads.

On April Fool’s Day Google advertised for the position of Pokemon Master, a role that would be filled by the person who could find 151 Pokemon that were hidden within Google Maps.

Even though it only ran for a single day, millions of people took part and it achieved:

Upon completion of a marathon, runners are normally given a medal or some kind of metal trinket.

However after crossing the finish line at the Tokyo Marathon runners were given a personalised banana by food brand Dole.

Each competitor was given an RFID tag which automatically posted “Just finished Tokyo Marthon” on their Facebook page when they got to the end.

Their friends could then congratulate them and all the praise was printed onto a ‘banana trophy’ in real-time alongside their name and finish time.

It gained $1.1m in press coverage and reached more than 28m people. Most importantly, sales of Dole’s bananas increased by 11% the next month onwards.

It’s nearly November so it’s time to go on a whistle stop tour of the best social campaigns we’ve seen in the past month.

Before you ask, there is zero proof of ROI in this post. That’s not what we’re here for.

I’m merely trying to highlight cool and interesting social campaigns that have emerged in the month of October.

Read on to find out what we’ve seen, or for more on this topic check out my similar posts from August and September…

Here at Econsultancy we’ve written a lot about how multichannel retailers can use mobile apps to enhance the customer experience.

Today I thought I’d point the spotlight on Body Shop, which updated its iPhone app in August but has yet to launch an Android version.

The app is marketed in-store and offers several multichannel tools, such as a store locator and barcode scanner. 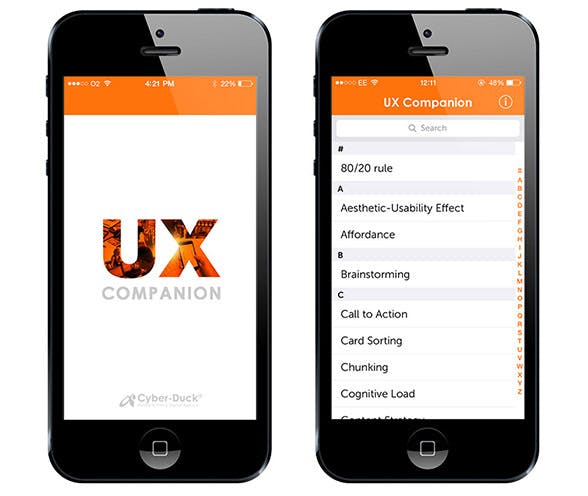 Recent research seems to casts doubt on the future growth of the once-thriving app economy.

According to Deloitte, almost a third of UK-based smartphone users no longer download new apps in a typical month. This finding has been replicated by Comscore in the US.

Worryingly, Deloitte also reported that nine out of ten users never spend money on apps. Even the seemingly infallible Candy Crush Saga profits are slumping much faster than expected.

So, has the notoriously short digital attention span already moved on? What are the reasons behind this ‘app fatigue’, and are there any implications for the place of native apps in future business models?