Now with 800 million monthly active users, TikTok has quickly risen to become one of the most popular social media platforms of 2020. Naturally, brands of all kinds are now getting involved, trying to engage TikTok’s user base.

Here are eight of the best examples of brand marketing we’ve seen on TikTok so far.

With four billion views and three million user generated videos, Elf Cosmetics’ ‘Eyes Lips Face’ challenge has been described as the ‘most influential campaign on TikTok’ to date. The campaign involved the creation of an original song (called ‘eyes lips face’) to go alongside the brand’s hashtag challenge.

A number of influencers promoted the song in their own videos, which then spurred on other celebrities and users to do the same. The song ended up going viral – not only on TikTok but other platforms including Instagram and YouTube. In response, Elf Cosmetics created its own music video to coincide with the release of the song in full.

The campaign’s success largely stems from the fact that it was deliberately designed to feel native to TikTok (rather than cut and paste from other platforms). As a result, Elf Cosmetics was one of the first brands to prove the potential of the platform as an advertiser, also spurring on Elf and many other brands to create similar campaigns with original branded audio.

The NBA was one of the early adopters of TikTok, but the coronavirus pandemic (and the suspension of the basketball season) has meant that it has increased its focus on the platform. One of the reasons NBA content is so successful on TikTok is the variety of content it produces – which ranges from sporting challenges to behind-the-scenes pranks – as well as the amount of videos, with the brand typically posting five to six times per day.

With 11.6m followers, the NBA has built a large and loyal following on the platform. While sport is of course its main draw, humour remains a core USP – one of its most popular videos involves NBA mascots throwing cakes into fans’ faces.

‘Collab houses’ are where social media influencers live together to further expand their social media careers. Fenty Beauty was one of the first brands to create its own collab house, forming the ‘Fenty Beauty House’ with five TikTok creators earlier this year. While the coronavirus pandemic has forced the creators to continue working remotely rather than together, the group continues to post fun and subtly-branded content.

The emphasis is on subtle here, as according to Vogue Business, the brand has not run any paid media to promote Fenty Beauty House. Instead, it simply relies on the popularity of the influencers as well as audience investment in the brand and its products.

Nah, that’s not us! ???? Get a full Fenty Face w/ the link in our bio! #nottheone #beautytips #FavoriteMemory #beautytutorial

Gymshark is another brand that treats TikTok independently from other social media platforms, creating unique content that appeals to TikTok’s user base, and which matches the style of content that TikTok’s algorithm tends to favour (such as impressive fitness feats and challenges).

For its 66 Day Challenge in 2019, Gymshark partnered with six fitness and dance influencers who have a bigger following on TikTok than Instagram. This ensured the brand was able to reach a large audience on the platform, capitalising on the existing audiences of the chosen influencers. Overall, the campaign hashtag, #gymshark66, had 45.5 million views.

Gymshark has continued its TikTok strategy into 2020, most notably creating the ‘stand up challenge’ with popular TikToker, Demi Bagby. According to Talking Influence, the hashtag has had over 280 million views, which largely stems from users recreating the original brand video.

Converse is another brand to capitalise on TikTok’s hashtag challenges, which asks users to participate in challenges and create user generated content related to a specific theme.

Earlier this year, Converse launched the ‘Creative All Star Series’, asking creatives to customise a pair of sneakers and share their creations using the hashtag, #ConverseAllStar. So far, the hashtag has generated 54.3m views.

#ad I see white shoes as a canvas #ConverseAllStar

TikTok has also been part of the social media mix (alongside Twitter and Instagram) for Converse’s #CreateAtHome campaign, which was specifically set up to promote and commission the work of creatives during the coronavirus pandemic.

Speaking to Digiday, Converse’s CMO, Jesse Stollak, said: “Not only are we providing people with a platform to showcase their work, but we will commission work from some of those creatives as well as leveling up their skills by giving them access to our collaborators and the creatives we have internally whether that’s through talks, conversations or classes.”

Seeker is a US digital media network that specialises in science, math, engineering and technology content. You might not have heard of it yet, but Seeker is slowly growing a mass following on TikTok, where the brand has generated over four million engagements on the platform since joining in July 2019.

One of the main reasons for its burgeoning success on the platform is its focus on environmentalism, which is also a growing priority among Generation Z. Its videos integrate humour with a mix of scientific facts and myth busters, often accompanied by arresting visuals and cool, engaging soundtracks.

Seeker won ‘Best Overall TikTok Presence’ at the 12th annual Shorty Awards, which is testament to how successful the channel has become in such a short space of time.

???? This little crab was freed from a ghost net by divers in Thailand. #saveouroceans #science #crab

Some brands still see TikTok as somewhat of a risk, perhaps with the memory of now-defunct Vine preventing them from investing. This has never been the case for Chipotle, who became the first major restaurant chain with an official TikTok account in 2019, with the aim of making the brand relevant to a new and young audience.

Chipotle certainly succeeded in driving visibility and brand awareness. Its campaign, #GuacDance (to coincide with National Avocado Day), drove over 250,000 video submissions, and nearly 430 million video starts during its six-day run on TikTok. The campaign also translated into actual orders, too, with Chipotle serving more than 800,000 sides of free guacamole on the day.

Since then, Chipotle has continued using TikTok to drive awareness (and sales) around seasonal events. Another example is last year’s #Boorito challenge, which involved TikTok users showcasing their festive ‘before and after’ Halloween transformations for the chance to win free burritos for a whole year.

Many museums and galleries have been leaning into immersive digital experiences during the coronavirus pandemic, enabling users to still ‘visit’ through virtual tours. Others have also been quick to embrace social media platforms, with Italy’s Uffizi Gallery in particular finding surprising success on TikTok.

The gallery has been putting an irreverent spin on classic art by turning many Renaissance paintings into memes. Some of the most popular include Caravaggio’s painting of Medusa turning coronavirus to stone (while wearing a face mask), and Bronzino’s painting of the dwarf Morgante, re-worked to the soundtrack of the Weekend’s ‘Blinding Lights’.

The brains behind the TikTok account is the gallery’s administrative assistant, Ilde Forgione, who was given the go-ahead to use the platform in order to enthuse a younger generation of art lovers.

“Art is not boring. Art is not something you just learn at school. It’s something you can discover for yourself”, she explained to the New York Times. Who knew TikTok could be quite so educational…

The UK brand Gymshark has reached unicorn status, after an investment deal with global growth equity firm General Atlantic brought its valuation to over $1 billion.

This is an edited version of a section in Econsultancy’s new Social Media Platforms Trends report, authored by Michelle Goodall, and covers changes to social content, from stories to AR and live video. 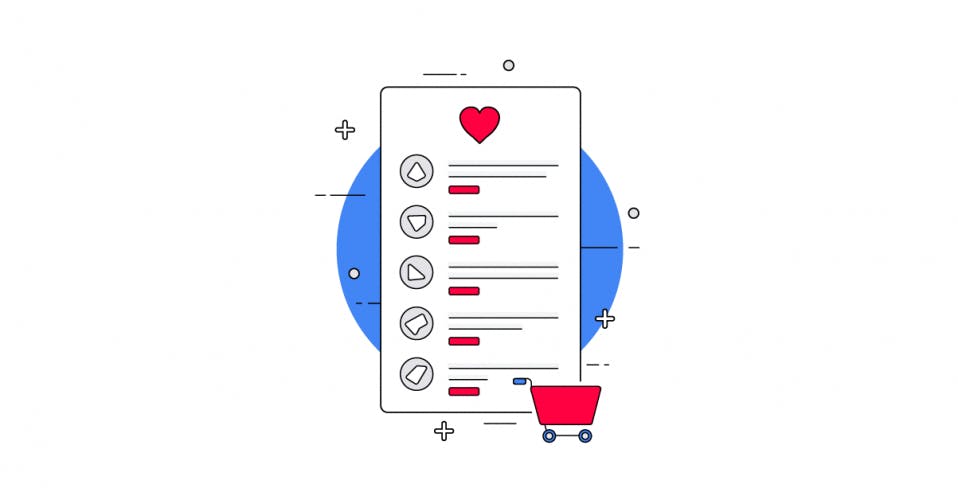 A running theme in Econsultancy’s Ecommerce Quarterly Q3 report is the acceleration of online shopping since the coronavirus pandemic began, and how tech platforms are introducing new features accordingly.