The holiday season seems like a lifetime ago already, but it has been an exciting start to the year for digital marketing.

In this first US-focused digital marketing stats round-up of 2016, we’ll be covering everything from loyalty programs to Tinder and teenagers.

Let’s take a look at some of the best stats we’ve seen in the past week.

92% of B2B organizations say email is one of their top-three marketing channels when it comes to ecommerce, according to a new report by Accenture. While half of marketers used native ads in 2015, only 45% are going to do so this year, according to a poll by Trusted Media Brands Inc.

Despite this slump in growth, native remains the first choice of mobile ad format for client-side marketers (42%).

Display banners are (thankfully) falling in popularity. 63% of respondents used them last year but only 45% say they will do so in 2016.

60% of retailers integrate email with social channels but almost half fail to collect email addresses via any social media channels or at in-store locations, according to the 2016 Yesmail Marketing Channel Report.

Facebook Messenger was, perhaps unsurprisingly, the most-used app at this year’s CES in Las Vegas.

But many attendees were also on the lookout for love, it seems, as dating app Tinder came a fairly close second. Grindr also made an appearance as the ninth most-used app.

Here is a list of the top 10 most-used apps at the event:

Despite some people’s arguably justified aversion to internet fridges, almost half of Americans are keen to own a home-connected device or own one already, according to new data from Coldwell Banker.

Not only that, but 72% of US millennials say they would pay upwards of $1,500 to own a home-connected gadget.

How so many millennials have $1,500 lying around is a mystery to me.

Loyalty program enrolment on the rise 61% of US parents say they have checked which websites their teens have visited, while 60% have checked their social media activity, according to new data from the Pew Research Center.

The number of new blood donors in the UK has fallen by 40% in the last decade, a worrying statistic for anyone aware of how critical blood transplants are in saving lives.

In a social media campaign that won them an award at the Masters of Marketing last year, NHS Blood and Transplant (NHSBT) took advantage of National Blood Week to try and turn the trend around. 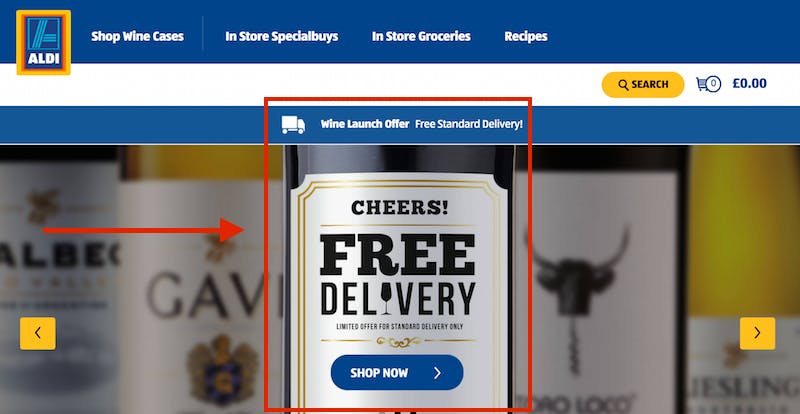 Aldi has begun selling its much vaunted wine selection online, with plans to add its Specialbuys in spring.

I’ve had a scoot through the updated website of the Masters of Marketing Brand of the Year, to see what’s worth noticing.