In an attempt to increase the numbers, psychological tricks which affect user behaviour in a negative way are being used to mislead an unsuspecting audience.

Although not technically illegal they are certainly unethical. Businesses need to be aware of the long-term risks posed by knowingly misleading customers for short-term gain, both in terms of UX and brand reputation.

Harry Brignull coined the phrase in 2010 and ever since has received hundreds of examples with the hashtag #darkpattern. His website: https://darkpatterns.org/ holds a collection of just some of them.

What it looks like when companies are on their way out of business-Legally mandated unsubscribe link colored white #ux #darkpatterns @zynga pic.twitter.com/3XZ04teBK3

What it looks like when companies are on their way out of business-Legally mandated unsubscribe link colored white #ux #darkpatterns @zynga pic.twitter.com/3XZ04teBK3

Really, @STN_Airport, you need to coerce your customers into subscription? pic.twitter.com/GJ8Y2SLGPt

It’s easy to understand how people can be affected by these.

When we are tired, or hungry we pay less attention to our surroundings – it’s almost like being on autopilot. Sites with a high cognitive load require lots of mental effort, so reducing this is a good thing. But when you aren’t giving your total attention you can misinterpret what you see and read.

When we are shown a left arrow and a right arrow, in Western cultures we have learnt that the right arrow is the next step. This is learnt at a very early age and has become second nature. This example comes from ZSL London Zoo: If the right arrow is also green (another convention for ‘next step’) we automatically assume this is the thing we need to do next. We may not even read the text on it anymore, and this is where designers can exploit our ingrained behaviours. The difference between influencing user behaviour and tricking people

The grey area comes when you aren’t tricking people into doing something, but using clever psychological nudges to do so. Countdown timers if used appropriately can inform customers that placing an order before 10pm can get Next Day delivery. This is displaying relevant and meaningful information.

Snapchat's https://t.co/jIJ8qMwKGo has a fake time-pressure countdown in their checkout. It's just a looping animation. pic.twitter.com/YmWqvQJzt0

‘Why’ – The missing metric

When you hear of a site with a 2% conversion rate, the natural question is “what happened to the 98%”. Numbers only tell you how many people didn’t complete a task. Crucially, it won’t tell you why they didn’t convert.

Research needs to be undertaken to uncover and remove fears, uncertainties and doubts that can lead to someone leaving a site before completing a task. It’s easy when you see thousands of visitors to lose sight of their individual needs and think that the same technique will work on all of them.

You can improve user experiences and conversion rates without misleading visitors

I recently worked on a big redesign for a utilities company where the use of forms was getting out of hand. Forms on the homepage, in popups — all in the aim to generate leads!

While gathering some feedback through usability studies it was found that forms everywhere gave the complete wrong impression. People saw the forms, but they just felt the company was too ‘grabby’ in wanting their visitors’ details.

So, by removing all but one of the forms and creating a simple user journey with compelling content, form submissions went up by 18%. Just because you want to improve leads or sales doesn’t mean you have to do it at the expense of your user experience.

This wasn’t an easy sell either. Convincing clients to remove things is a rarity but the truth is that adding gimmicks isn’t sustainable in the long term, and the negative press that comes when you get called out on it isn’t worth thinking about.

Where do ethics sit: the company, or the designer?

The User Experience Professionals Association (UXPA) has a code of conduct which looks to address professional conduct between a UX designer and their client. There is also Ethical Design outlined by ind.ie which focuses on the efforts and rights of human beings.

But neither of these focus on the responsibility a website has to its audience. These standards are typically held within a company but the truth is that some businesses (i.e. budget airlines) have a reputation for using dark patterns during the payment process, and negative experiences will ultimately not help long-term growth and customer advocacy.

Should companies agree to an ethical code of conduct on the web, and support others which do so? Have your say in the comments below. 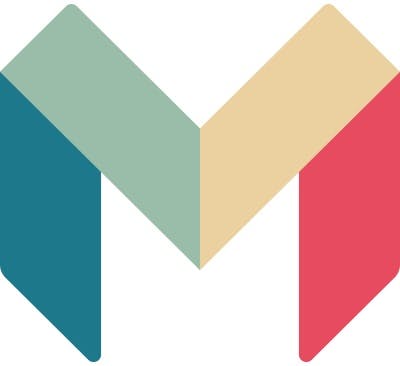 The digital challenger bank Monzo suffered an outage all day on Sunday.

With its current accounts launching later this year, this seems like poor timing, but some have suggested that Monzo failed in a good way. Is that even possible?

According to research, loyalty schemes remain one of the best ways to lock in impulsive shoppers.

This is because the ‘impulse-led shopper’ is someone who displays little brand loyalty during the browsing stage. However, if they do show allegiance, they can offer a brand huge returns over time.