Google states that in a 2016 survey almost half of respondents believed that cause marketing is ‘just spin’. This is a concerning stat for marketers, especially considering cause-related ads on YouTube grew 4x among the top 100 brands from 2012 to 2017.

So, have consumers become more or less cynical in the few years since? Interestingly, Edelman’s 2019 Trust Barometer suggests that global consumer trust in businesses has slightly increased since 2016 (rising from 53% to 56%). It also appears as if consumers are placing greater responsibility in the hands of brands.

According to the Barometer, 73% of people agree that a company can take specific actions that both increase profits and improve the economic and social conditions in the communities where it operates—a nine-point increase from 2018. So, while perhaps less cynical (with consumers actively backing socially or environmentally conscious brands), it appears as if consumers are becoming increasingly savvy when it comes to determining the brands and businesses that do it right.

This means – instead of merely promoting an important cause – the brands that either partner with non-profits, or ramp up their own CSR strategies to actually do good.

Here are a few recent and successful examples.

In 2018, MGM launched its ‘Universal Love’ campaign – a clever example of cause marketing that aligns with the brand’s values and commitment to inclusivity. It involved the release of a music album containing six reimagined wedding songs in support of the LGBTQ community, with pronouns changed to reflect LGBTQ relationships.

High-profile artists including Bob Dylan, Kesha, and She & Him were involved in the album, which was released on all major streaming platforms.

The reason why this campaign resonates is that it is not a case of a company jumping on a cause. Rather, MGM has been at the forefront of initiatives related to the LGBTQ community for decades. For example, in 2004, MGM Resorts became the first company in the gaming and hospitality industry to offer same-sex health benefits to employees. Meanwhile, same-sex commitment ceremonies were performed at chapels at MGM Resorts’ properties more than 10 years before same-sex marriage became legalised.

As well as showing continued commitment to an important cause, the marketing campaign also generated success for MGM, mostly in terms of exposure and awareness. According to reports, ‘Universal Love’ generated 2.5bn media impressions, with the album ranking 9th place in the pop category on iTunes. It also increased positive perception of MGM Resorts among the LGBTQ community by 40%.

Beauty brands are becoming much more confident about tackling difficult topics head on. Rimmel is one such example, with the brand having launched a campaign about cyberbullying in 2018. The campaign involved both celebrities and the general public speaking about their experiences of being bullied online due to their looks or differences.

It was based on Rimmel’s own research, which found that one in four women have experienced cyberbullying, with 57% of these women suffering in silence. This is particularly important, as it shows the campaign is based on real insight rather than shallow marketing.

The title of the campaign, “I will not be deleted”, highlights its stance on this problem, empowering women to celebrate and share their differences online. Alongside this, Rimmel partnered with anti-bullying charity Cybersmile, with the two companies working to produce an AI tool that will recommend local resources and organisations to help those affected by cyberbullying.

Combining a powerful marketing campaign with real action to help combat the issue at hand, Rimmel’s efforts come across as authentic and worthwhile.

As well as championing youth culture, MTV has dedicated itself to creating social change over the years, using its programming and marketing to shine a light on important issues such as teenage pregnancy.

In 2018, it launched ‘+1 the Vote’ – a campaign that aimed to encourage young people to turn out and vote in the mid-term US elections. The premise was based on the fact that young people tend to ritualise big events, i.e. using both seasonal and everyday activities as a reason to celebrate with friends. As a result, ‘+1 the Vote’ was all about getting people to take along a friend to vote, creating a ripple effect of encouragement. MTV also threw over 100 parties at the polls to further promote the day.

This is not the first time MTV has taken a political stance. The television network also participated in National School Walkout day this year, held in response to the murder of 17 students at Marjory Stoneman Douglas High School in Parkland, Florida.

What makes MTV a worthwhile example is how the brand taps into what is currently most important to its target audience, as well as campaigns that support the common good (such as voting). With two in every three millennials reportedly feeling obligated and excited to do their part, cause marketing from brands they care about can have a big effect. 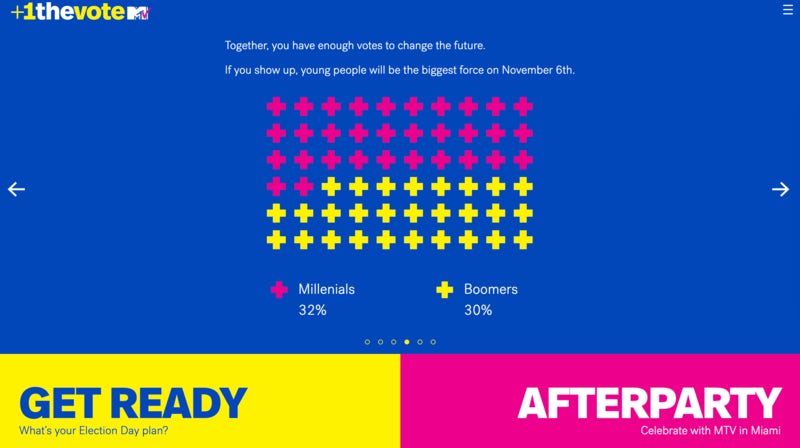 Finally, LadBible isn’t the most obvious publisher to launch a socially-driven campaign. However, in 2017, it launched one of the most successful in recent years, one which eventually went on to win the PR Lions in 2018.

Called “Trash Isles” – it was a campaign launched in partnership with the Plastic Oceans Foundation, designed to draw attention to the area of plastic trash formed in the North Pacific, which is now the size of France. In order to compel other nations to clean it up, the Plastic Oceans Foundation and LadBible submitted an application to the UN to recognise ‘The Trash Isles’ as an official country.

The campaign generated interest from high-profile figures including Sir David Attenborough and Al Gore, as well as 200,000 citizens via a petition on change.org. According to PR Week, the relating video has also been watched more than 50 million times.

This example goes to show the power that social publishers like LadBible can have over a socially engaged audience. With its creative and innovative campaign, it managed to generate awareness of a pressing issue, and one that is of growing importance to young people. 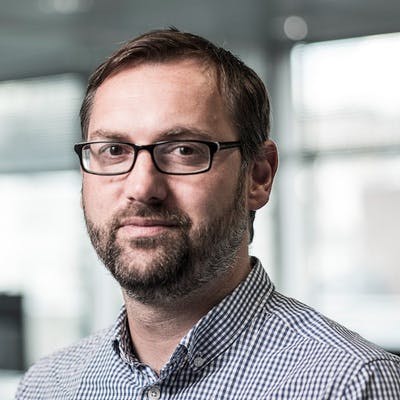 Jason Hemingway is the CMO at Thunderhead, an enterprise software company specialising in insight into the customer journey. 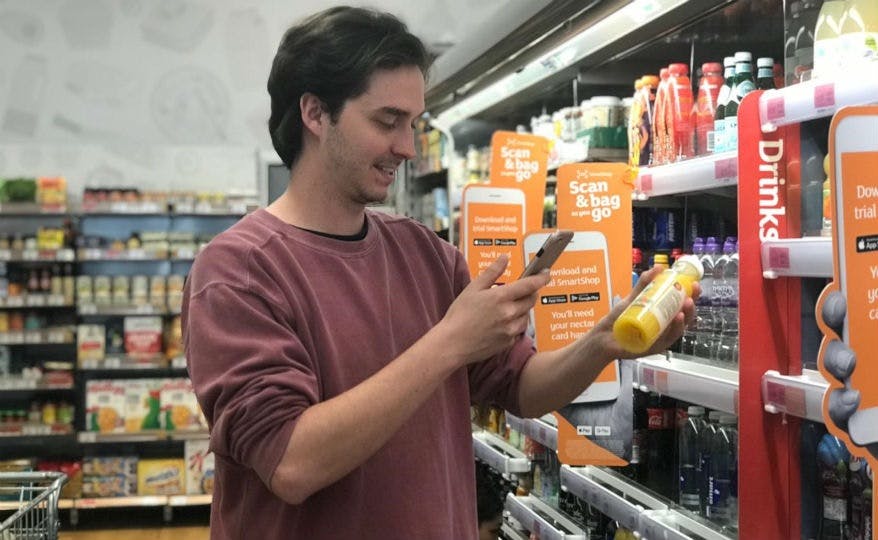 This week, the first ever cashierless store opened in the UK: a Sainsbury’s Local supermarket that is experimenting with using the brand’s Scan, Pay & Go smartphone technology instead of tills and cashiers. 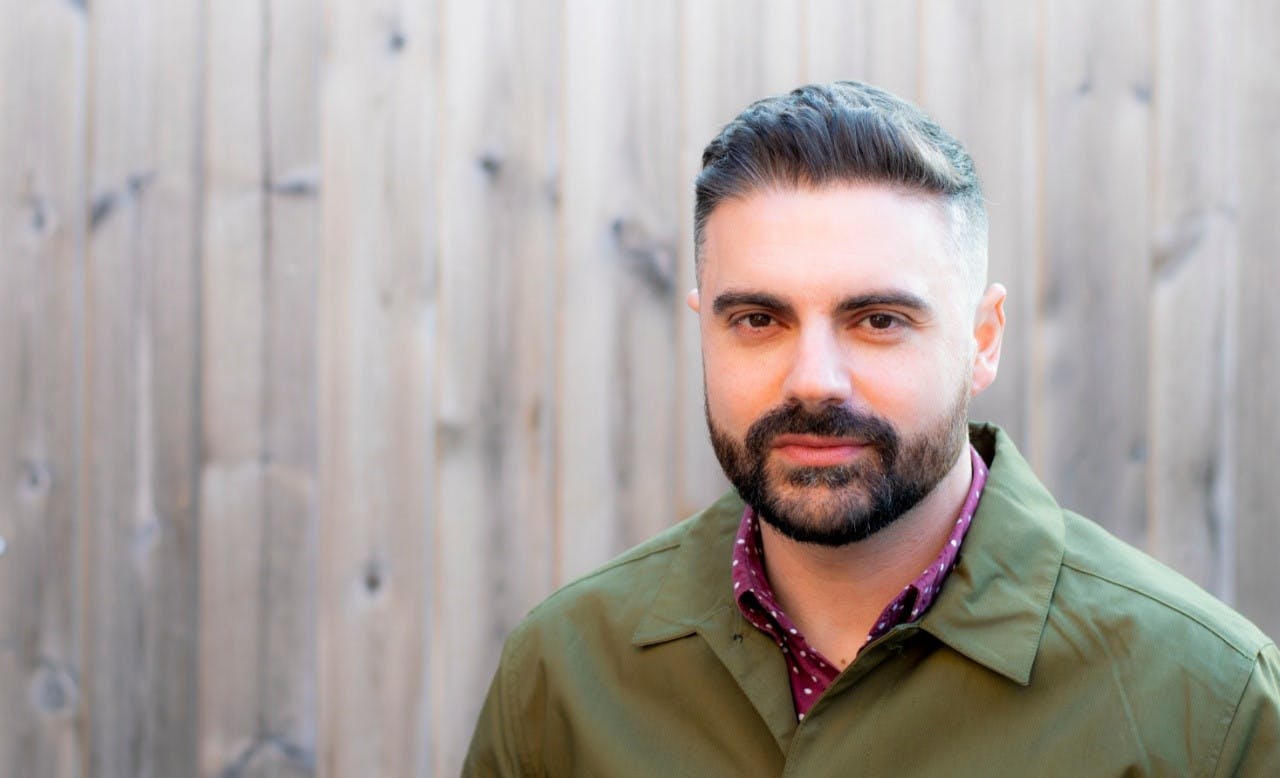 David Ohandjanian is founder of both Adao, a digital agency, and Up Hotel Agency (which offers full service hotel internet marketing and development).