Last week Facebook announced that it would be creating its own version of an app store, aptly called the App Center.

Facebook software engineer Aaron Brady made the announcement via the company’s blog, explaining that: “In the coming weeks, people will be able to access the App Center on the web and in the iOS and Android Facebook apps”.

This will create a central place to find apps that use Facebook Open Graph, from Facebook.com or within the two most-popular mobile apps.

For the moment at least, Facebook says that appearance in the App Center will be based on quality. It will use a variety of ‘signals’, such as user ratings and engagement, to determine if an app is listed. Much like Apple and Google also do.

Plus, to help monitor user feedback,Facebook is introducing a new app ratings metric in the Insights section to report on how users rate an app over time.

That’s not to say that in the future a ‘promoted’ section may appear, but for now this seems to be based on engagement and user input. So really, it’s more of a showcase than a store.

There are several interesting aspects to this announcement, largely from a discoverability perspective, but also when considering mobile.

Facebook highlights that from the mobile App Center, people can browse apps that are compatible with their device, and if an app requires installation, they will be sent to the App Store or Google Play..

However, it’s important to remember that Facebook’s mechanics dictate that in order to view an app via mobile, there needs to be a mobile version. For apps like Spotify and Pinterest, people will simply be directed out of the Facebook app to download from the appropriate store, but for brands, those building apps for Facebook specifically and hoping to increase engagement via mobile still need to consider this.

Facebook sent more than 160m visitors in April to mobile apps (up from 60m in February) and the creation of a mobile App Center makes investment in creating a mobile version of an app much more valuable if it’s easier to find. But let’s not forget that it’s still not easy. Once built, you have to get it into the App Center.

Directing people to the mobile version of your Facebook app is problematic (it still will be) and the ‘you can’t see tabs via mobile’ issue remains.

This also marks a move away from the social network’s much-loved free apps, towards paid opportunities, since Facebook is introducing functionality that will allow developers to charge a flat fee – an evolution of the success many have seen with in-app purchases.

Facebook admitted in a statement ahead of the IPO:

If users increasingly access Facebook mobile products as a substitute for access through personal computers, and if we are unable to successfully implement monetisation strategies for our mobile users, or if we incur excessive expenses in this effort, our financial performance and ability to grow revenue would be negatively affected.

We won’t know much more until this rolls out, but till then, developers can start to prepare ‘details pages’, a requirement for listing in the App Center (again, drawing inspiration from Apple) and the new destination when non-users search for an app on Facebook.

Apple isn’t the same company without Steve Jobs at the helm, but that’s easy to forget when looking at the company’s financial performance since its co-founder and chief visionary passed last year.

Despite questions about Apple’s ability to thrive long-term without Jobs, consumers continue to snap up the company’s latest and greatest products at remarkable, record-breaking rates. 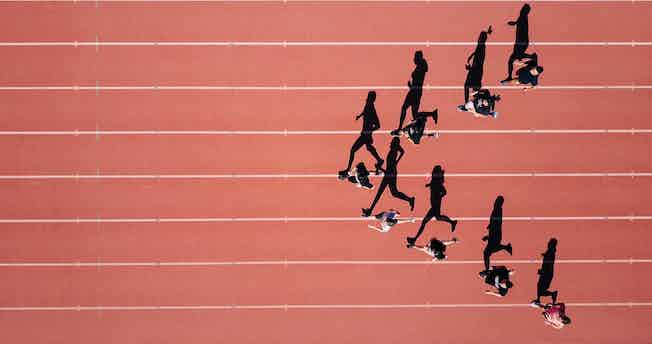 Despite its relative youth, Google+ now has over 100 million signed up user accounts and many big brands have at least created a presence on the site.

But you might expect major media sites to be leading the way, given the potential to share content and drive traffic. So how well are national newspapers in the UK and US doing when it comes to Google+, and who’s leading the way?