But the upstarts that fueled the disruption that put some of the biggest and most powerful companies in the world on their heels are now finding that the disrupted can become disruptors.

Case in point: American brokerage firm Schwab earlier this month made headlines when it announced it was eliminating fees for online trades. Effective immediately, the firm’s customers found themselves able to make stock, option and ETF trades at no cost. Previously, online stock and ETF trades cost $4.95.

Schwab’s bold move poses a threat to other traditional brokers and others, including TD Ameritrade and Ally, have already followed suit by announcing that they are making online trades free too. But the company with perhaps the most to lose is Robinhood. The upstart brokerage, which was founded in 2013, built a business that investors have valued at more than $7bn by adopting an innovative business model. Instead of charging its customers to trade, Robinhood primarily generates revenue by selling its order flow to institutions and lending to customers (margin).

Robinhood wisely took its trade for free proposition to younger investors, many of whom have relatively small amounts of money to invest and are thus more likely to balk at paying to trade. While $4.95 might seem like a pittance to pay for a trade, it can be unattractive amount for young investors who want to invest small sums — think $100 or $200 — in their favorite publicly-traded companies.

Not surprisingly, Robinhood’s proposition resonated and the company today counts more than 6m customers. The company’s younger customer base might not have the same level of investable assets as traditional brokers that have historically focused their customer acquisition efforts on older, wealthier investors, but if Robinhood can establish loyalty with its customers now, it stands to reason that it will profit handsomely in the years to come as their investable assets grow.

Analysts say that Schwab’s decision to make trades free, however, could very well disrupt Robinhood’s plans. Some even believe the brokerage giant’s move reasonably cut Robinhood’s valuation in half.

Unfortunately for Robinhood, the free nature of its service was likely a major draw for many of its customers. Now that one of the biggest brokerage firms is also free, Robinhood will have to find another compelling way to differentiate itself if it hopes to continue to thrive in the new market environment that Schwab created virtually overnight.

With that in mind, Robinhood just launched a cash management offering that offers customers the ability to earn a high yield on money that they haven’t yet invested. The company previously announced such an offering but was forced to backtrack when questions were raised about the insurance it claimed would be offered to customers.

It is not clear, however, how much firepower Robinhood’s cash management offering will give it as many others offer banking services. For example, Schwab operates Schwab Bank, which also offers high-yield checking and savings accounts and gives customers a variety of perks, such as debit cards with ATM fee rebates.

While much was made of unbundling in the early days of the fintech trend, fintechs are now trying to diversify and it now appears that larger institutions’ broad offerings will likely give them competitive advantages once they neutralize their upstart competitors’ advantages. In many cases, it appears that the business model innovation companies like Robinhood pioneered were not always so defensible over the long haul because traditional firms are showing that they are often eventually able to adopt the same new business models.

Now that financial services giants are launching better digital offerings and better personalizing how they deliver their services to customers, the fact that they can offer more services is likely to be an asset, not a liability.

Put simply, the tables are turning and the disruptors are increasingly going to have to deal with disruption wrought by traditional financial services firms that have proven more capable of digital transformation than they thought.

NHS Digital is the information and technology partner to the National Health Service. In the words of Owain Davies, Lead Product Owner at NHS Digital, it is “just one part of one of the country’s best-known institutions”.

Premier Foods sees around £800m turnover in the UK every year selling products in ambient food categories such as cakes and desserts, cooking sauces and quick meals, including famous brands such as Mr Kipling. 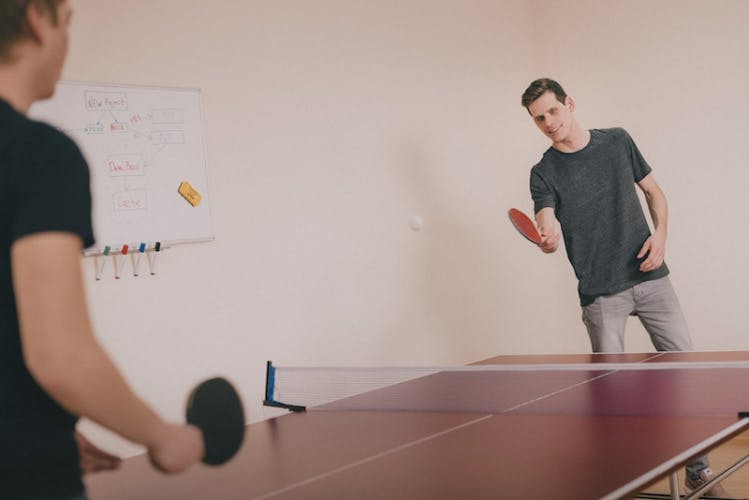 I recently wrote a blog post that drew upon my eye-opening experience when I went client-side after a long(ish) career in agencies.