Research suggests that consumers respond better to brands that display corporate responsibility, with 73% of people believing that companies should do more than just offer a product or service.

As it happens, many brands are already doing their bit, commonly drawing up ‘social good’ strategies to raise money or fight for a chosen cause. However, more often than not, this is done somewhat behind-the-scenes – not as part of a consumer-facing strategy.

So, what about the brands that are taking a stand for everyone to see? Recently, we’ve seen a few more examples of brands wading in on current social or political issues, and using them to inform advertising.

It’s a risky strategy, certainly. Pepsi is a prime example of a brand that appeared to clumsily jumped on a social issue and fell flat on its face. Then again, with 57% of consumers said to be willing to boycott brands who do not share their social beliefs – it’s one many brands are willing to take.

With this in mind, here are a few examples that have worked favourably.

In order to engage a new or forgotten-about audience, yoghurt-brand Yoplait decided to tap into a common public debate: mum-shaming. This relates to the often preachy or patronising information given to mothers about how to be a good parent, and the shaming of those who do not follow it.

Its latest campaign, ‘Mom On’, depicts mothers addressing common criticisms they face, such as judgement over breastfeeding, going back to work, and even drinking alcohol.

While the ads do not focus on a current event or overly-contentious subject, they are certainly bold in their stance on a specific issue, with the clear potential to offend those who might not agree. This made the campaign hugely memorable, standing out amid a sea of similar and formulaic ads from competitor brands.

For Yoplait, the decision to take on the parenting debate proved worthwhile, ultimately helping the brand to achieve its aim of connecting with a core audience of mothers of all kinds. According to analysis from Google, the ads resulted in a 1,461% increase in brand interest.

Just nine days after President Trump signed an order to temporarily close America’s borders to refugees, Airbnb aired an ad during the coveted Super Bowl spot in direct response to the decision.

The ad, called “We Accept” showed a montage of people of different nationalities along with the words: “We believe no matter who you are, where you’re from, who you love or who you worship, we all belong. The world is more beautiful the more you accept.”

Alongside being one of the most-talked about and praised Super Bowl ads, it also helped to enhance and promote Airbnb’s wider positioning on issues of race and diversity.

Let’s not forget, the brand has come under fire itself for supposed racial discrimination occurring on its platform. In this sense, the ad served as further reassurance that the brand now takes a no-nonsense policy on the matter, and made its own political stance perfectly clear.

Purchase with purpose: How four brands use ‘social good’ to drive consumer loyalty

Issues relating to gender and sexuality have increasingly been in the spotlight of late, with a number of brands throwing out gender norms to portray a more diverse and progressive image.

With its phenomenally successful ‘Like a Girl’ campaign, P&G is one brand that’s already well-known for its support and empowerment of women and girls.

Last year, it took this one step further with ‘We See Equal’ – a campaign designed to fight gender bias and work towards equality for all.

The multi-channel campaign, which ran on social media channels as well as TV, depicted boys and girls defying gender stereotypes.

The timing was pertinent, as it ran soon after the US general election, when discussions about gender and gender equality were particularly fraught. Due to this, it was vital that the campaign did not seem like another brand jumping on board a politically-charged bandwagon. Luckily, with a history of promoting the issue – plus a reported 45% of managers and a third of its board being women – P&G’s clear dedication to equality within its own workforce meant that it came across as authentic and a genuine push for change.

First, Uber’s misjudged decision to continue operating while other taxi’s decided to strike in protest was met with derision – as was its CEO Travis Kalanick’s insistence on working with Trump on issues relating to urban mobility.

Surge pricing has been turned off at #JFK Airport. This may result in longer wait times. Please be patient.

In contrast, and to perhaps further highlight Uber’s dwindling favour, Lyft seized the opportunity to condemn Trump’s travel ban, pledging to donate $1 million to the ACLU (American Civil Liberties Union) over four years. It also released a statement saying that Lyft “stand firmly against these actions, and will not be silent on issues that threaten the values of our community.”

With a response in sharp contrast to its biggest rival, Lyft undoubtedly earned itself consumer favour over the issue, and perhaps pushed even more people to get on board the #DeleteUber bandwagon.

Stella Artois is not a brand you might typically associate with activism, however its ‘Buy a Lady a Drink’ campaign has been successfully driving awareness of the global water crisis for three years now. Fronted by Matt Damon and in partnership with Water.org, it released a TV ad last year to further encourage consumers to get involved.

For every limited edition bottles purchased, a month of clean water is provided to women and their families in developing countries. Meanwhile, a limited-edition pack from a supermarket provides six months’ worth of water.

While this initiative is not in any way controversial, it’s still a good example of a brand putting social issues at the heart of its marketing. As well as benefiting a pressing and worthwhile cause, the campaign has also resulted in Stella Artois reaching a younger and more socially-aware audience.

As millennials increasingly look to make a difference in the world, their attention turns to brands that also demonstrate this promise. As a result, the opportunity to ‘be the generation to help end the global water crisis’ naturally resonated. 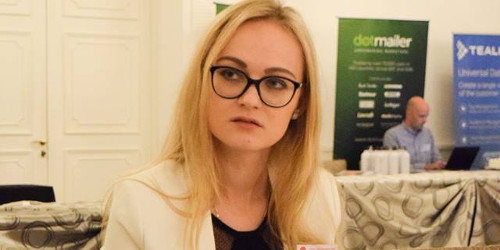 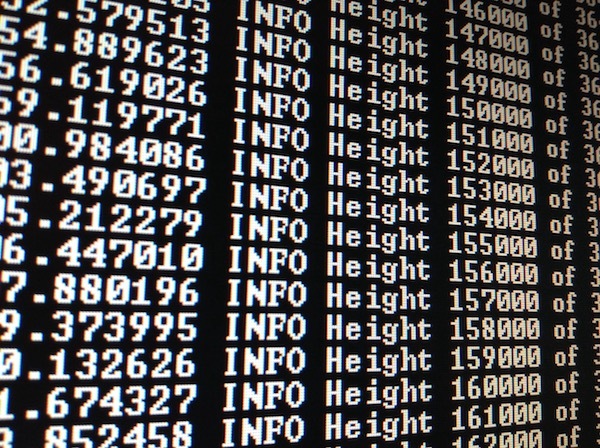 The astonishing rise of cryptocurrencies like Bitcoin in 2017 was arguably the trend of the year and the headlines keep coming in the first weeks of 2018.

While much of the interest in cryptocurrencies is purely financial – many new millionaires and even some billionaires have been minted in the past year – lots of observers believe that the blockchain technology behind cryptocurrencies could revolutionize many markets.