As online dating services become increasingly popular – with 15% of all American adults reportedly having used one – these sites are cleverly tapping into customer demand.

Here’s a look at just a few examples. And to learn more on this topic, check out these Econsultancy resources:

OKCupid was one of the first online dating websites to use content to drive its overall strategy.

The original incarnation – OKTrends – was run by the company’s co-founder, Christian Rudder, who used his mathematical background to set the tone of the blog.

Essentially, he turned statistics and user data into fascinating articles, generating huge interest from online readers in general – not just those using its main dating service.

Since being acquired by Match.com the blog has changed, however data and insight from the dating community remains at the heart of its content.

It also regularly posts larger features, designed to poke fun at the perils of modern dating. One recent example is the amusing ‘Dictionary for the Modern Dater’, found on its Medium blog. Managing to steer clear of the clichés of online dating, it uses relatable humour to engage and entertain readers. Match.com is another site that uses data to inform its content, largely for its annual ‘Singles in America’ study, which surveys over 5,000 US singletons to create informative and in-depth infographics and blog posts.

Last year, the ‘Clooney Effect’ was one of the most successful pieces of content to arise, subsequently being picked up by a number of high profile publishers such as Glamour and Business Insider.

Stemming from the statistic that 87% of men would date a woman who made ‘considerably more money’ than them (like Clooney and his highly successful wife, Amal Alamuddin) – it built on themes of positivity and empowerment to generate interest. With a reported 38% increase in traffic around the period the study was published, the results speak for themselves. Unlike the aforementioned examples, eHarmony relies on emotive storytelling rather than statistics.

With a helpful and thoughtful tone of voice, it aims to stem the fears and general stigmas that surround online dating, using advice-based articles to drive registration on the main site.

While some have labelled its style of content as patronising, one area where eHarmony undeniably succeeds is in user-generated content. The ‘success stories’ page of its website is littered with positive reinforcement, cleverly breaking down content into various categories to target a wide range of demographics and backgrounds. In just two short years, Tinder acquired more than 50m users – a feat that can perhaps be put down to its shrewd use of third-party integration.

By enabling users to sign up with their Facebook login, it cleverly cuts through the frustrations of traditional dating websites, encouraging a younger audience to download and use the app.

Unsurprisingly, Tinder is also one of the best examples of how to use social media to engage users. Not only does it integrate social on its app (now allowing users to cherry-pick the Instagram photos that they would like to show on their profile) it also populates its own social media with interesting, humorous and decidedly tongue-in-cheek content.

For example, its Facebook page continuously drives interest. Last year, a Valentine’s Day post generated over 58,000 likes, 9,600 shares, and 2,900 comments – coming out on top in terms of engagement for online dating sites.

Dating app, Hinge, has turned its back on ‘swipe culture’, recently introducing a subscription-based model to help users cultivate meaningful connections. Features of the app, unlike Tinder, are also designed to resonate on a deeper level. For example, users are required to ‘heart’ specific parts of another’s profile such as the book they’re currently reading or their go-to karaoke song.

Hinge also builds on its positioning as a ‘relationship app’ rather than a dating app to inform its wider content marketing.

A recent email campaign, launched in time for Thanksgiving, asked users what they were thankful for. Using a seasonal theme alongside a message of gratitude – it was a clever example of how to use content to reinforce brand values and reignite user interest.

My overall opinion was that it offers a fairly standard booking system via Facebook Messenger – nothing fancy, but practical enough. 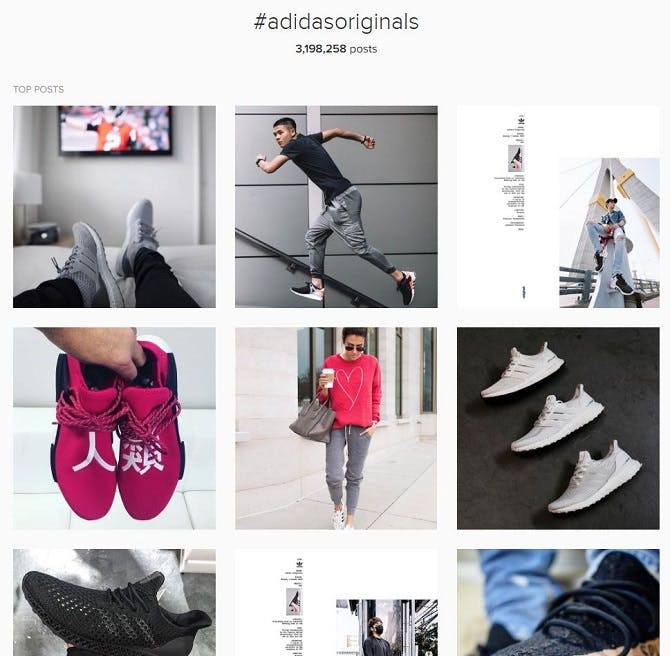