Let’s take a look at what the new app offers users, as well as a few other examples of brands experimenting with augmented reality on mobile.

Editor’s note: There is a newer version of this article – 10 of the latest examples of brand AR experiences.

Ikea Place, which was recently launched in the US, allows users to place virtual Ikea furniture into their own home to see how everything might look once assembled. Ikea has had a 3D function in its catalogue app for a few years now, however the scale was somewhat questionable, and it required a physical copy of the paper catalogue to work.

In contrast, the new Ikea Place app is said to be 98% accurate in scale, rendering 3D images to react to light and shade – ultimately giving consumers a much more realistic portrayal.

So will it inspire consumers to buy? I think Ikea Place will be effective in this sense, especially during the pre-purchase phase when a lot of deliberation or uncertainty tends to lead to shopper abandonment. With furniture – and especially Ikea’s self-assembly furniture – being somewhat of a guessing game (in terms of the end result), the AR tool will help shoppers to make more informed decisions, which could increase sales through the app.

As well as functional elements, the app also looks like it will provide a lot of inspiration, letting users compare over 2,000 Ikea items to see how different furniture might look in the same space.

Cosmetics retailer Sephora didn’t wait around for ARKIt – its ‘Virtual Artist’ app has been available via its main app since earlier this year.

Instead of furniture in homes, the AR technology lets beauty consumers see what certain products might look like on their own face. To do so, it uses Modiface technology to scan lips and eyes, before overlaying different lip colours, eye-shadows, false lashes and so on.

The main aim of the app seems to be to boost ecommerce sales, with beauty consumers typically driven in-store due to doubts about what products will look like in real life.

While reviews have been mixed – some say it is no match for trying products on actual skin – there is an impressive amount of products to try out. Meanwhile, it also serves as a bit of fun for consumers and yet another way for beauty brands like Sephora to provide entertainment and inspiration as well as the products themselves.

Playing with Sephora Virtual Artist. It's so lit as! ✨✨✨ pic.twitter.com/WZV3kF7diU

Another home interiors-related app, Dulux Visualiser uses AR in a simple but highly effective way – to see what your walls will look like when painted a different colour.

Like most AR apps, it works by using your smartphone camera to detect wall edges and surfaces, letting users select the specific area that should be virtually painted.

I downloaded the app and gave it a go, with mixed feelings about the results. While the app itself has a lot of cool features, like the ability to match paint from furniture or fabric, as well as an extensive array of colours to choose from, the actual AR functionality is a bit of a let down.

As you can see from the below image, when turning my white wall pink, the colour merged into the frame. Niggles like this are understandable given the technology is still in its early days, however I also found it particularly tricky to stop colour from seeping up the ceiling and elsewhere. AR functionality aside, the idea of the app is still great, and will certainly be a viable option for customers who don’t want to head to stores or physically test out multiple paint colours on their walls.

Stationery brand Bic has turned to AR to solve a very different kind of problem. Its Drawybook app for kids adds a gamification element to colouring – acting as an alternative to standard mobile gaming apps that children often turn to.

The app includes storytelling elements, with a number of interactive stories being specially created for the app by children’s author, Elissa Elwich. However, the AR element gives kids a reason to do more than just play games or read. The ‘Draw & Scan’ feature encourages them to create their own art by bringing it to life with special overlaid effects.

Unlike the aforementioned examples, which have been created to drive sales more than anything else, this is a nice example of a retailer using AR to connect and engage with consumers. It offers kids (and parents) something of real value, which in turn is likely to help the brand forge strong relationships with those that use it. The first, Measured by Lowe’s, acts as a virtual tape measure that enables users to take real life measurements of walls, sofas or other household furniture via their smartphone camera. Interestingly, it can also extend to areas outside of the home, for instance letting you measure your height or an area in a field.

The second, Envisioned by Mine, is similar to Ikea Place and a much more comprehensive shopping app for TheMine.com – Lowe’s high-end online furniture store. It allows users to place to-scale 3D versions of furniture in their rooms, and again, re-position or modify to see how it might fit in real life. Will either take off? Envisioned by Mine sounds fun, but I actually think ‘Measured’ might hold greater appeal – and this is because AR apps tend to succeed when they are able to solve a specific problem.

While people might turn to IKEA for AR-driven interior inspiration, Lowe’s cleverly taps into the common problem of measurement, essentially allowing it to become an everyday tool for people involved in home improvement, as well as those who aren’t but who happen to find themselves without a measuring tape. 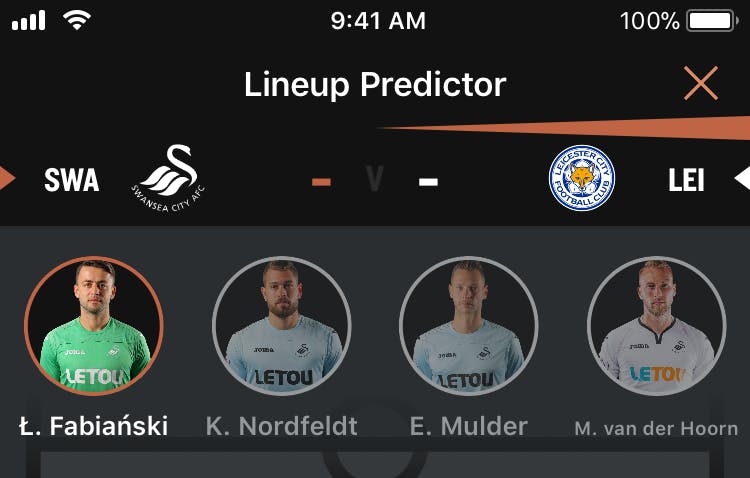 At Econsultancy we’ve been talking quite a lot recently to football clubs and their agencies (see the bottom of this article for links).

After chatting to Reading Room about their work with Swansea, Stoke and Middlesbrough, I was contacted by Other Media, who are the app developers for Swansea City FC.