If you follow the topic of social business, you’ve probably seen a five-step model that depicts the different stages that a large enterprise progresses through on their way to fulfilling the vision of social business.

Interestingly, these models don’t say a lot about how to get from one phase or stage to the next. Stage three, for example, may consist of three things – but what’s the important part?

Where do companies get stuck? What do you really need to complete in order to get to the next level?

The Dachis Group has a model that looks like this, encompassing five stages, beginning with “ad hoc” approaches and culminating in a “unified social business strategy”. IDC also has a five-stage model, which begins with “experimentation” and ends with “optimisation”.

You’ve probably already noticed that these models are pretty similar:  they start with experimentation and end with transformation.  And they include a lot of stuff in the middle, mostly along the lines of: doing more, doing better, and doing differently. But they don’t tell you how to get to the next stage.

Let’s start with a model that’s not too different than the ones we identified above. Here’s the model we use at Lithium: In some ways, it’s the customer who has driven the transformation so far. And of course the customer is in some way the ultimately judge of what we do – so let’s reflect that in our model.

In fact, this is exactly the point. There isn’t an “end state” here, this transformation isn’t terminal. But that doesn’t mean that, at any point in time, we can’t identify what an advanced social business and social customer experience might look like.

Ok, let’s look at how companies move from stage to stage.

Moving from stage one to stage two

In the US, Best Buy has been a leader in enterprise social efforts, and I’ve had the privilege of hearing the story of their journey several times, in conference presentations I’ve done with their social lead, Gina Debogovich. Gina’s been involved with Best Buy efforts since day one, so she’s the rare person who has been active in every stage of a company’s multi-year journey.

As Gina notes, getting started in social media was in part a matter of gaining approval to progress from listening to engaging. First they got the OK to listen, then to respond, but only privately, and finally to respond publicly.

As this example illustrates, there is a key milestone in getting from stage one to two: strong management sponsorship. Strong sponsorship means not just budget, but an understanding of why you’re undertaking this effort, and a willingness to defend it when others are skeptical or fearful of the results.

Sponsorship is a species of leadership, and as such is hard to define. I often say that, while it’s hard to say what a leader is, it’s easy to say what they are not. A leader is not a person who comes to his/her subordinates a year after launch and says, “Quick, we have to prove why we did this!”

A social hub is a place, typically on the corporate domain, which serves as a home base for your social initiatives.  It often has a strong functional purpose. A typical purpose is peer-to-peer support.

But as part of your social journey, it has a higher, more strategic purpose: to provide a place where your fans and advocates can gather.  Some common interaction styles in a social hub are ideation, discussion, and blogging.

These kinds of interactions are happening in many places on the web, but when they are happening on your domain, you have the opportunity operationalise them: that is, to manage and measure them as part of your business. That’s why this phase is called “operationalise”.

As the world’s largest maker of personal computer systems, HP’s consumer business has long been very active in social media, but their efforts really began to scale after they launched the HP Consumer Support Forum on hp.com in late 2008.

Today, millions of customers come to HP’s social hub every month to learn and engage with customers like themselves – and the quality of that experience is guaranteed by one of the more sophisticated enterprise social operations on the planet.

Social business gains momentum within a single business, language or function, such as consumer support in North America, or in business-to-business marketing in the UK.

How does a company take that success and extend it?

You might guess that the answer to this is a formal governance structure, or a center of excellence, or executive leadership that drives change from the top. And all of these are important; in fact, any one of these will take you a long way toward that transition into stage four.

But looking across the hundreds of companies that we work with, there’s another factor that’s common to most companies making the transition successfully. That factor is system integration.

It’s because, at the end of the day, companies don’t run on governance, or culture, or desire:  they run on data and on process. And knitting your business systems together with your social systems gives any business or function within your organization a head start in getting launching a social initiative.

There’s another benefit as well. By connecting social with customer relationship management (CRM) systems, you can draw a direct line from social activity to business value.

How about the transition to stage five?  It’s a tougher question, since few companies have made that transition today. We do know what world class looks like, though.

World-class today means that many jobs have changed inside the organisation.

And because of all of this, the company is dynamically creating products and processes in partnership with customers.

And no, so far there isn’t yet a single milestone that signals a transition from stage four to five, but we’ll know that answer soon enough. Stay tuned!

While digital media has given businesses numerous channels to engage with their customers, only 16% of companies currently use that data to form a single customer view (SCV).

Creating a SCV gives businesses the ability to track customers and their communications and purchase behaviour across channels.

A survey by Experian found that while 72% of businesses recognise the benefits of using data to offer customers a joined-up multichannel experience, 84% aren’t able to use the data effectively.

More than two-thirds (70%) believe that a SCV would lead to cost savings, with 20% claiming it would help to reduce their bad debt.

What every marketer, product manager, web owner and CEO currently craves is commercially advantageous fame, via the deployment of killer content.

If you’re getting into content production on a serious scale you need systems, hierarchy and good old-fashioned editorial quality control. 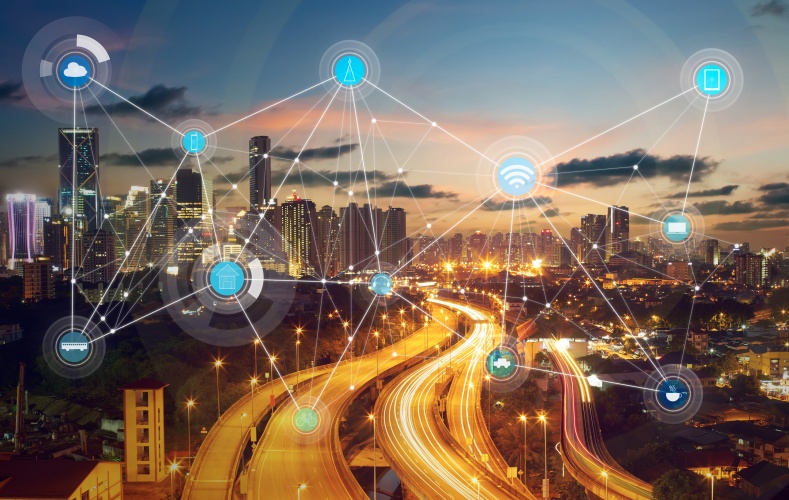 In the context of an evolving search landscape and multichannel environment, retailers need to re-evaluate the information they include in a brief when sourcing a search agency.

This article explores firstly why the search marketing brief needs to evolve before providing practical advice on what retailers should include in it.

Search remains a critical component of a retailer’s online and wider multichannel strategy. One might argue that it feels almost ‘old hat’ when pitted against new and exciting mediums, such as social media and mobile.

However, search engines remain the number one route by which ‘qualified’ prospects begin their discovery of a brand or product.

Yet the discipline has evolved significantly.