Google recently recognised a number of brands who are using YouTube to deliver exceptional results. So, building on this, here’s a bit of a deep dive into some of those mentioned and more on why they’ve succeeded.

Sarson’s is certainly not the most recognisable brand, and neither is vinegar the most exciting product. In recognition of the public’s dwindling interest, the brand decided to launch a video marketing campaign to target a younger audience – with the aim of showing them that vinegar is not just something you put on your fish and chips.

Looking at what younger people were searching for on YouTube in relation to the product, Sarson’s found recipes, home cooking and ‘pickling’ in particular to be the biggest trends. On the back of this discovery, they decided to create a series of recipe videos to showcase how vinegar can be used in different ways, such as for sauerkraut, pickled beetroot, and even as an ingredient in cocktails.

Sarson’s targeted users based on their demographic, as well as people searching for specific keywords. The brand served short-form content to these users initially, before delivering longer videos to anyone who engaged.

The approach certainly worked – the campaign generated 4m views in 2016, and a growth of 541% on inbound website traffic compared to 2015. It not only succeeded in changing brand perceptions – showing the product in a new light to those already aware of it – but it also opened it up to a whole new audience, making younger people aware of the brand and its potential role in cooking.

Since the initial campaign, Sarson’s has further built on this interest from food lovers with a series of recipes inspired by Great British Chefs. By recognising a demand for content and delivering it, Sarson’s has managed to successfully tap into a new audience and increase its digital presence.

Adidas is a brand that has enjoyed a resurgence in recent years, tapping into nostalgia and the transformative power of sport to deliver in both high-fashion and sporting arenas.

As the official sponsor of the Champions League, Adidas Football wanted to build on the interest of football fans, turning their love of the game into love and long-term loyalty for the brand. Its target demographic was football-obsessed teens of around 14 to 20 years of age – those who typically use social channels like YouTube to consume media.

But what type of content does this demographic desire?

Adidas recognised that a lot of football content on traditional TV channels can be quite dry, usually involving serious analysis and commentary about upcoming or past games. In contrast to this, the brand decided to create Adidas ‘Gamedayplus’ – a series of fun and purely entertaining videos featuring big name football clubs and players. Examples include Suarez taking the ‘first touch challenge’ or David Silva testing his target practice.

With an existing and highly active audience of young users already searching for football content, Adidas Football managed to draw in 315,000 new subscribers as a result of the campaign. The channel also saw a 65% increase in organic views, with users typically watching for longer without clicking away.

By tapping into the ‘always on’ digital mind-set of young consumers, Adidas is a great example of how to deliver the type of content that’s perfectly suited to both the channel and its audience.

While brands like Adidas use YouTube to target a specific demographic, others, like Tesco, use it to build trust and drive purchases across a large and varied audience.

Tesco has traditionally focused on capturing consumer attention with seasonal campaigns, often centred around popular cultural events like Christmas and Halloween. However, with trust in the brand dwindling in recent years, transferring this strategy to YouTube has allowed Tesco to experiment with short form video content, aiming to deliver real value on the promise of ‘every little helps’.

Its ‘Spookermarket’ series was the first example of this, involving a video that captured the reaction of customers as Tesco staff played out Halloween-related pranks.

The video went on to become one of the top ten ads of 2015 – a result that also helped to spur on the rest of the campaign. Using its light-hearted nature to capture initial attention, Tesco then served more in-depth and helpful videos to users, including a jack-o-lantern tutorial and other Halloween-related ‘how-to’ content. This staggered approach ensured the campaign’s impact would be much bigger, with consistent content rolled out to reach consumers over time.

One reason Tesco has been so successful on YouTube appears to be this considered approach – one that uses data to shape future marketing efforts. Taking into account the type of videos that customers engage with the most, it is able to create content on this basis, delivering value and a real reason for viewers to invest in the brand.

With a 9% uplift in purchase intent from its YouTube TrueView Shoppable ads, it is clear that Tesco’s strategy is doing more than just build trust.

Another brand that has used helpful content to drive brand awareness is Halifax bank. However, it has also used YouTube to help differentiate itself from competitors.

With its series of short, simple and easy to understand ‘jargon buster’ videos, it aimed to deliver a campaign that was both large in scale and hugely valuable for customers, ultimately drawing them away from other banks.

Halifax used YouTube’s TrueView platform – meaning ads would play in-stream or alongside related content – in order to gain mass reach. To build momentum, each video followed a distinct and recognisable formula. It involved a single question – such as ‘What’s a lump sum?’ and ‘What’s an ISA?’ – which was then explained in under 30 seconds using both visuals and audible commentary.

Its simplicity was key. Nielsen analysis of the campaign found the videos scored 100% for the metric ‘easy to understand’ and generated a 31% uplift in brand consideration for those who were exposed to the campaign.

One reason I also like this example is that is clearly designed for YouTube. While a lot of brands are guilty of adapting or tweaking campaigns to a particular channel, the best results occur when videos or ads are first created with the medium in mind.

In the case of Halifax, its short, snappy, and super simple explanations of confusing subjects are perfectly suited to viewer behaviour. It does not disrupt the user, and is both interesting and succinct enough to convey a memorable message.

YouTube has become synonymous with social influencers, and as a result, many brands have generated interest from influencer partnerships. EE is a brand that has used this approach on a massive scale, drawing on the combined reach of multiple influencers for a single campaign.

The Wembley Cup 2016 was EE’s second mini-football tournament involving YouTubers against former FIFA Legends, and culminating in a final at Wembley Stadium.

So, why did it choose influencers and not mainstream celebrities? Like previous examples, it wanted to reach a specific demographic, with the aim of becoming the number one provider for a young age range. With this age bracket already highly engaged with influencers on YouTube, EE recognised the potential of creating a campaign that could capitalise on this existing interest.

The results were impressive, with the series amassing 40m views and 1.5m watching the live final. In addition, 20,000 people filled the stadium to watch. What’s more, there was a 36% increase in brand search terms following the campaign, with EE succeeding in its aim of becoming the number one choice for young mobile users.

With a focus on episodic content, EE is also a great example of how to reach an increasingly elusive audience. As young people turn away from TV and towards online media, the sheer amount of content out there means it is even harder for brands to create campaigns that resonate. For its 2016 series, EE deliberately involved the digital audience, allowing them to have a say in picking the team and choosing substitutions.

Combined with episodic content, this meant EE was able to hook in viewers from the outset and create deeper levels of emotional engagement.

So, let’s recap on what we can learn from the aforementioned brand campaigns.

Drawing on data: Whether it’s using search data to inform targeting or using watch times to shape future strategy, it’s vital for brands to consider metrics when creating YouTube campaigns. Brands that do, like Tesco, are far more likely to succeed. Solutions like Google’s DoubleClick allow brands to delve below surface data (such as basic clicks) to gain a much more in-depth picture of how ads and videos impact user behaviour.

Finding a niche: One problem for brands on YouTube is saturation. Take recipes, for instance, where endless channels compete on the same subject matter. In this instance, it is important to create a point of difference based on the brand, finding out how to create content that people are really interested in. I mean, who knew pickling was so big?

Creating campaigns specifically for the channel: Like Halifax’s super short and concise finance videos, the best YouTube campaigns are specifically designed to cater to the digital audience. Taking into consideration the context of the user and what else they’re doing online at that moment, other than watching an ad, can be incredibly powerful.

Using episodic content: Lastly, the campaigns from Adidas and EE show how episodic content can build engagement and brand loyalty over time. Both brands have since gone on to repeat the same formula, with viewers clearly hooked and ready for more. 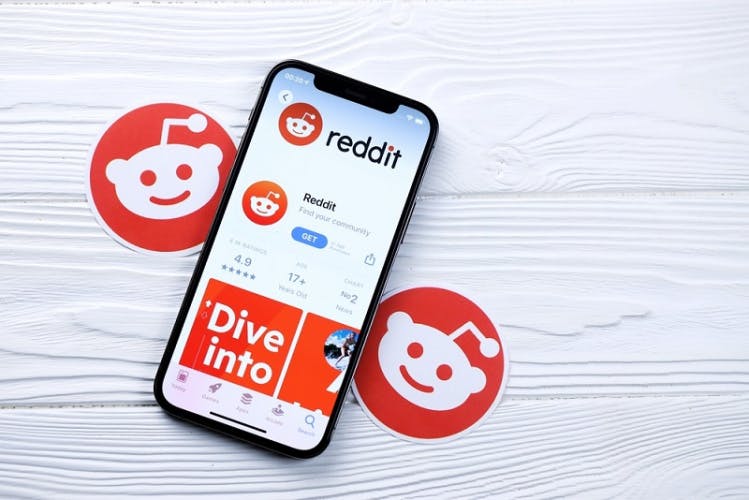 Programmatic ad buying has been growing year on year, despite being plagued with scandals.

Whether its click fraud, brand safety, data privacy, or viewability it seems that every time programmatic is mentioned that it’s because it is causing some major headache for marketers.