This is not only due to a rise in veganism. Kantar suggests that 92% of plant-based meals consumed in the UK in 2018 were eaten by non-vegans. These consumers are known as ‘flexitarians’, i.e. people with a general desire to reduce meat or dairy consumption for health, environmental, and ethical reasons (but not necessarily limit themselves to a strict vegan diet).

So, how are FMCG and retail brands capitalising on this?

Vegans have historically had a bad rep, fuelled by stereotypical notions of animal activism and ‘hippy’ lifestyles. In recent years, however, veganism has become more hipster than hippy, largely due to growing awareness about health and the environment, and the general consensus that we should all be doing our bit.

Search interest for veganism has steadily increased over the past ten years, with a record 250,000 people taking part in Veganuary in 2019 (the annual campaign from the non-profit of the same name).

Unsurprisingly, big brands have started taking notice. Last year, Unilever bought meat-substitute company, The Vegetarian Butcher, in a bid to add to its 700+ vegan and vegetarian products under brands including Knorr and Ben & Jerry’s. The deal also fits into Unilever’s ‘brands with purpose’ ethos, as it strives to meet the commitments outlined in its ‘Sustainable Living Plan’, such as halving its environmental footprint by 2030.

Supermarkets have also significantly increased investment in vegan ranges. Waitrose launched 25 own-brand vegan products in 2018, while the likes of Tesco, Sainsbury’s, and even Iceland have followed suit.

Vegans, have you heard the good news? ???? pic.twitter.com/E6K9bmowAu

While there is certainly a growing demand for meat-free products, there is also a flip side, with the topic remaining divisive among consumer groups. New research suggests that words like ‘vegan’ and ‘plant-based’ could be having a negative effect on sales.

In a study on the words that consumers do and don’t like on food labels, Morning Consult found ‘vegan’ to be the most negative, with 35% of respondents saying it makes products seem less appealing.

According to WRI, the term ‘meat free’ also has negative connotations, largely because it suggests that something is lacking rather than evoking an appealing product. In fact, WRI found that when Sainsbury’s changed the name of a product from ‘Meat-Free Sausage and Mash’ to ‘Cumberland-Spiced Veggie Sausage & Mash’, sales increased 76%.

For brands and retailers, this proves that marketing needs to be smarter, with success stemming from the positioning of ‘plant-based’ as part of a deliberate lifestyle choice rather than a mere alternative to meat.

Rebel Kitchen is an example to note, with the dairy-free brand using a challenger narrative to highlight the fact that it offers something of real value in its own right. Its tone of voice is bold and unapologetic, putting a clever spin on its lack of dairy with descriptions like: “Made with simple ingredients and nothing added. It’s what we’ve left out that counts.”

Plot twist…It's Mylk Yog. Our 100% dairy free, organic, plant based yogurt alternative. It’s like yogurt but with more yog. Are you ready Rebels?⠀

Interestingly, there has been a shift in how supermarkets are now displaying vegan options, with both Sainsbury’s and Tesco recently moving meat-free alternatives alongside the ‘real thing’. This also plays into wider changes in perception, with vegan brands now producing products that are supposedly just as good as meat. In 2018, Tesco introduced a plant-based burger from cult vegan company, Beyond Meat, which is designed to look and taste like a beef patty. It even ‘bleeds’ like real meat, albeit beetroot juice.

Of course, if items like this sit beside real beef burgers in supermarket aisles, there could be a danger of confusing consumers. Then again it could also help to tempt meat-eaters into trying new things. After all, segregation tends to make plant-based products seem inferior in some way, whereas grouping them together with meat gives the impression that they are just as good.

Away from the aisles, businesses are doing their best to encourage reluctant consumers to give plant-based products a try.

This month, Sainsbury’s has opened a meat-free pop-up ‘butchers’ in East London, in a bid to encourage and educate daunted customers how to cook vegan food. The pop-up will offer visitors recipe advice and the chance to sample the supermarket chain’s vegan product options.

Meanwhile, vegan brands are taking the opportunity to scale up distribution, as retail stores and restaurants embrace investment. Beyond Meat’s vegan patty is now available in Honest Burger as well as Tesco, while the likes of Wagamama and even Burger King and KFC are dabbling with vegan options.

When it comes to chains that are traditionally meat-focused, however, there is the question of whether plant-based items will be welcomed by meat-free consumers. Or, does it seem like these brands are merely jumping on the vegan bandwagon?

The appearance of a new meat-free burger is unlikely to draw vegans in to a fast food restaurant (that they would have previously stayed away from on ethical grounds). However, for flexitarians and other types of consumers, the news that vegan food is now more affordable and accessible can only be a good thing.

Of course, some brands are naturally aligned to this shift than others. Take Pret a Manger, as a great example, which has turned its ‘Veggie Pret’ pop-up into four permanent stores. The combination of crowd-sourcing and inclusive marketing – promoting the concept as ‘not just for veggies’ – plus the fact that Pret typically focuses on nutrition, means that it is has been an almost seamless transition.

In May, Pret announced plans to acquire rival chain EAT, alongside the aim of converting the majority of these stores into ‘Veggie Pret’ outlets.

We're excited to announce that Veggie Pret is growing! Shop no.3 will open its doors later this year… Watch this space! ???? #VeggiePret pic.twitter.com/KVw4tykmGj

In contrast to Pret’s natural move into veggie territory, brands that do see plant-based as a PR opportunity should proceed with caution. M&S and its ‘cauliflower steaks’ is one example of poor decision-making. While the item was designed to bring additional convenience to the concept of meat alternatives, it was widely criticised due to its over-the-top plastic packaging and high price point. Ultimately, it shows that if brands are intent on focusing on ‘purpose’, it should align across the entire business.

On the other hand, some examples prove that veganism has perhaps made its way into mainstream – regardless of intent from the retailer. Greggs’ vegan sausage roll was both a great PR campaign and a roaring success, with consumers happy to consume the product in droves.

Another reason the meat-free movement has gained traction has been due to social media, and the engagement generated by high profile figures on Instagram. There are over 80m results from the hashtag #vegan, with many more related searches also generating interest, such as #meatfreemonday.

Food or health-related influencers provide big opportunities for brands to spread the word and engage a meat-free consumer-base, particularly when it comes to promoting new products or ranges.

Plant-based food company, Alpha Foods, is one example of a brand capitalising on Instagram with its partnership with @bestofvegan – a recipe account that has over 1.5m followers. This large audience helped Alpha Foods position itself as a mainstream brand – one that deliberately targeted Walmart’s customer demographic instead of Whole Foods.

Restaurant chain Wagamama also turned to online influencers to spread the word about its new vegan take-out option in 2017. It partnered with @bosh.tv to create campaign-related content which it rolled out on social channels including Instagram and Facebook.

Lastly, we cannot forget Greggs’ savvy use of social media throughout its sausage roll launch, with the brand using its decidedly British sense of humour to further dispel and poke fun at vegan stereotypes.

Vegan Sausage Rolls aren’t just for Veganuary! ???? We’re rolling out to all of our shops over the next few weeks. Find your nearest shop using our new Vegan Sausage Roll Finder (link in bio) #vegan #vegansausageroll #greggs

More on food and drink. 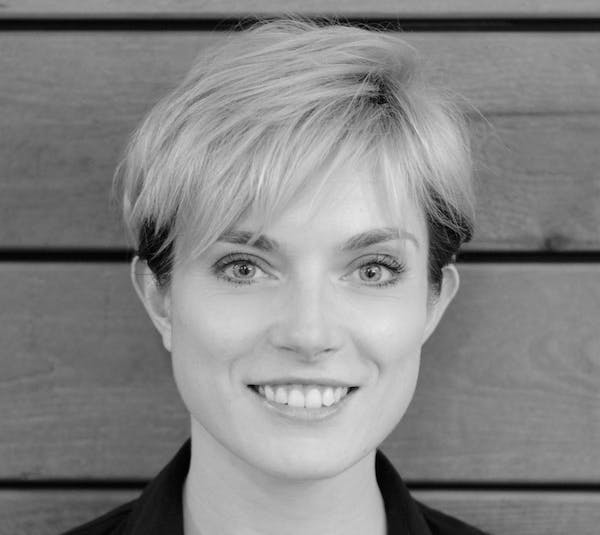 Today’s ‘day in the life’ interview comes from the world of ecommerce and Bazaarvoice, the ratings, reviews and user-generated content platform.

Companies now spend over $100bn on digital advertising in the US alone and not surprisingly, they want to know whether or not that money is being spent well. Unfortunately, despite the fact that digital channels are theoretically the most trackable, attribution remains a significant challenge for many marketers.

Econsultancy’s new report – Overcoming B2B Digital Marketing Challenges – considers the challenges B2B companies are facing as they transform and drive through an increased focus on digital. It looks at the role digital is playing in how companies reach and engage with their customers to drive a better experience and deliver against business objectives.