For brands, Instagram is the ideal platform to exploit this growing ‘foodie’ obsession.

But with competition rife, and millions of daily posts using hashtags like #foodporn, how does anybody stand out?

One of the biggest categories in this year’s Masters of Marketing Awards is social media, so we thought we’d highlight a few food and drink brands with Instagram feeds guaranteed to make you drool (and more inclined to spend).

Love it or hate it – Starbucks is undeniably successful when it comes to social media.

With 8.8m followers, its Instagram feed demonstrates how a single product can also promote an entire lifestyle.

Instead of simply posting photos of people drinking coffee, Starbucks hones in on the experiences surrounding it.

From weekend breakfasts in bed to over-caffeinated days at work, the images highlight the everyday rituals we can all relate to (as well as the motivation we often need to get us through a particularly slow day).

Starbucks markets coffee culture at a truly universal level. And while the photos themselves might not be original or all that interesting to everyone, it’s impossible to deny that they are well executed.

Delivering consistently relevant, relatable, and on-brand images to an ever-thirsty audience – it never fails to deliver a buzz.

Furthermore, by regularly posting fan photos on its feed, Starbucks puts the consumer at the forefront of its content. Known for its creative marketing efforts, Oreo continues be one of the most inventive food brands on social media.

With its ‘crème or cookie’ debate, Oreo encouraged fans to tag a photo using the hashtags #cookiethis or #cremethis, eventually picking the best and creating real-life versions of the pics.

By capturing excitement and conversation around a national event, Oreo is an example of a brand using Instagram to create fun and engaging real-time marketing.

Combined with clever and humorous video ads and inventive recipes, this makes for an Instagram feed that is often more enjoyable than consuming the cookie itself. (Or maybe I’m just more of a Digestive fan.) TV shows, books, utensils and restaurants are just a few of the components that make Jamie Oliver a multichannel, one-man brand.

In recent years he has turned to social media to promote a multitude of projects, and none more so than his #foodrevolution movement.

An effort to inspire ‘change in the way we access, consume, and understand food’, the ‘Food Revolution’ has come to stand for more than just a single campaign about obesity.

Now used to promote everything from one-off events to everyday healthy recipes on Instagram, the hashtag has spiralled into something far bigger than its original purpose.

With a separate Instagram account for Jamie’s Food Tube, offering a behind-the-scenes look at his YouTube channel, Jamie (or more likely a few of his 8,000 employees) is an example of a brand using the platform to serve up inspiring and surprisingly educational content. For anyone who is unaware of Red Bull, it would be easy to assume the brand is directly related to extreme sports.

As shown in its adrenaline-packed social media posts, Red Bull is the sponsor for multiple sports teams, stunt bikers, snowboarders, BASE jumpers and more.

As a result, the company’s core marketing strategy is rooted in selling the brand to a very clearly defined and targeted audience.

This might mean that anyone uninterested in extreme sports will have a quick scroll and leave, however, it also guarantees fans will return time and again.

Combined with an ability to tell a story through compelling content, Red Bull is an example of a company using Instagram to set itself apart from others.

Since famously using the platform to document Felix Baumgartner’s record-breaking jump from space in 2012, Red Bull has been the brand to beat.

And for its 4.7m followers, it’s clear why it is so much more than just an energy drink. For years, local businesses have been told that customer reviews sites like Yelp can make or break them, but is that still the case? 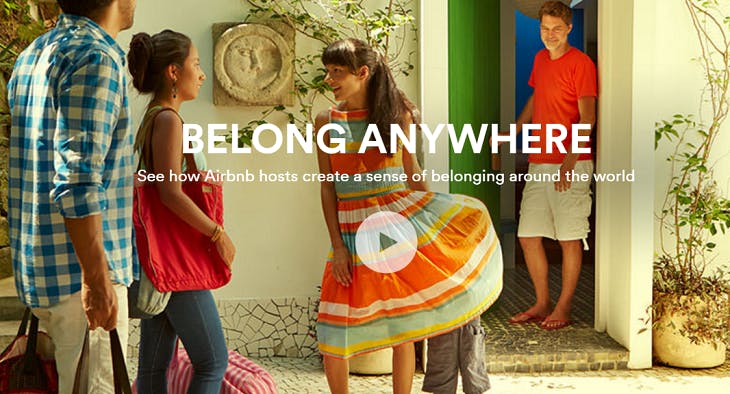