Organisations can’t help but be affected by the new digital economy, whether they like it or not.

For individuals and organisations who have accepted the need for change, there are four key approaches for tackling digital transformation.

The most obvious approach – and the one that is most likely to succeed – comes from massive, top-down culture change, sponsored by the leadership team.

This requires understanding, determination, expertise, commitment, and a significant amount of investment to break existing patterns of behaviour and impose a new organisational culture.

This change will be uncomfortable for some. But the result is hopefully a leaner, more efficient and more digitally savvy organisation.

If you are going to follow the top-down approach, it’s vital that the leadership is fully committed, and has the support of both their shareholders and their board.

True digital transformation can take many years to achieve, and may initially be at odds with the desire for quarterly results.

Government Digital Services in the UK adopted this approach after the success of their Alpha Gov exemplar project.

Subsequent members of the early GDS team have taken this approach to other institutions like The Co-op, Citizens Advice Bureau, and Saga.

Other, more commercial companies like IBM and Tesco have followed a similar route.

When senior leadership haven’t fully bought into the digital transformation agenda, somebody lower down the chain may suggest a trial project to demonstrate the benefits of this new approach.

This would typically be an influential product owner or discipline head like the head of digital or head of marketing.

Ideally the trial project would have senior support, allowing barriers to be effectively cleared away. Occasionally these activities will happen under the radar, in which case they are run as skunk-works projects.

If the chosen project becomes a success, it will be used as an template for this new way of working. To get noticed, it helps if the project has a relatively big impact, while not being business critical.

To that end, most exemplar projects require a large internal comms effort to demonstrate that this new way of working is having the desired results.

It’s common for those who led the successful project to receive some kind of promotion, and be allowed to oversee further transformation efforts.

The members of the successful team will typically go on to lead other teams, sharing the knowledge they gained throughout the process. As such, the career benefits for pushing such an agenda can be sizeable.

If the project fails, it’s easy to blame the failure on this new way of working, and assume the organisation isn’t ready for such a radical change.

While this may be true, it can be very difficult for the project team to fully adopt the new way of working if they have to significantly interact with the wider organisation and the old way of doing things.

As such, the project will be much more likely to succeed if it is relatively stand-alone and doesn’t require a lot of inter-departmental co-ordination. This makes picking the perfect project something of a skill.

Ideally this process will be led by a new board-level hire in the form of a Chief Digital Officer, Chief Design Officer or Chief Experience Officer.

While this can be done at VP or Director level, they often lack the organisational power to renegotiate project governance between departments.

Governance often becomes a key battleground with this approach as senior product owners are required to cede a certain amount of control over to digital domain experts.

It’s typical for product owners to set business outcomes, but product managers and UX leads to decide how those goals are to be achieved.

It’s worth noting that large organisations are resilient to change, and favour a natural state of equilibrium.

Alterations in management – as we’ve recently seen with GDS – can undo many years of good work.

Because of this, senior leaders need to ensure departments don’t revert back to the old way of doing things when new managers are put in place.

The final approach is driven by people with a passion for the digital way of doing things, spreading that knowledge amongst their peers.

They do this by sharing new tools, thought processes and approaches through the organisation via meet-ups, brown bag sessions, talks, and training.

I call this bottom out rather than bottom up as these talented individuals have typically tried and failed to convince middle management about the need for change.

In a classic internet era approach, they’re attempting to root around the blockage.

They’re trying to expose as many people in the organisation as possible to this new way of doing things, in the hope that the culture will eventually transform from the bottom out.

Sadly this approach is often frustrated by middle management, forcing these precious and talented individuals to leave the company for a culture that is more appreciative of their efforts and input.

All worthwhile changes are hard, and digital transformation is no exception. Most organisations will need to try a few times before fully adopting a “digital mindset”.

However with more and more services being mediated through technology, and an increasing share of revenue being made online, there is little doubt that digital is the future.

As such, it is the responsibility of all future-facing organisations – and their leaders – to embrace digital transformation.

For more on digital transformation, read: 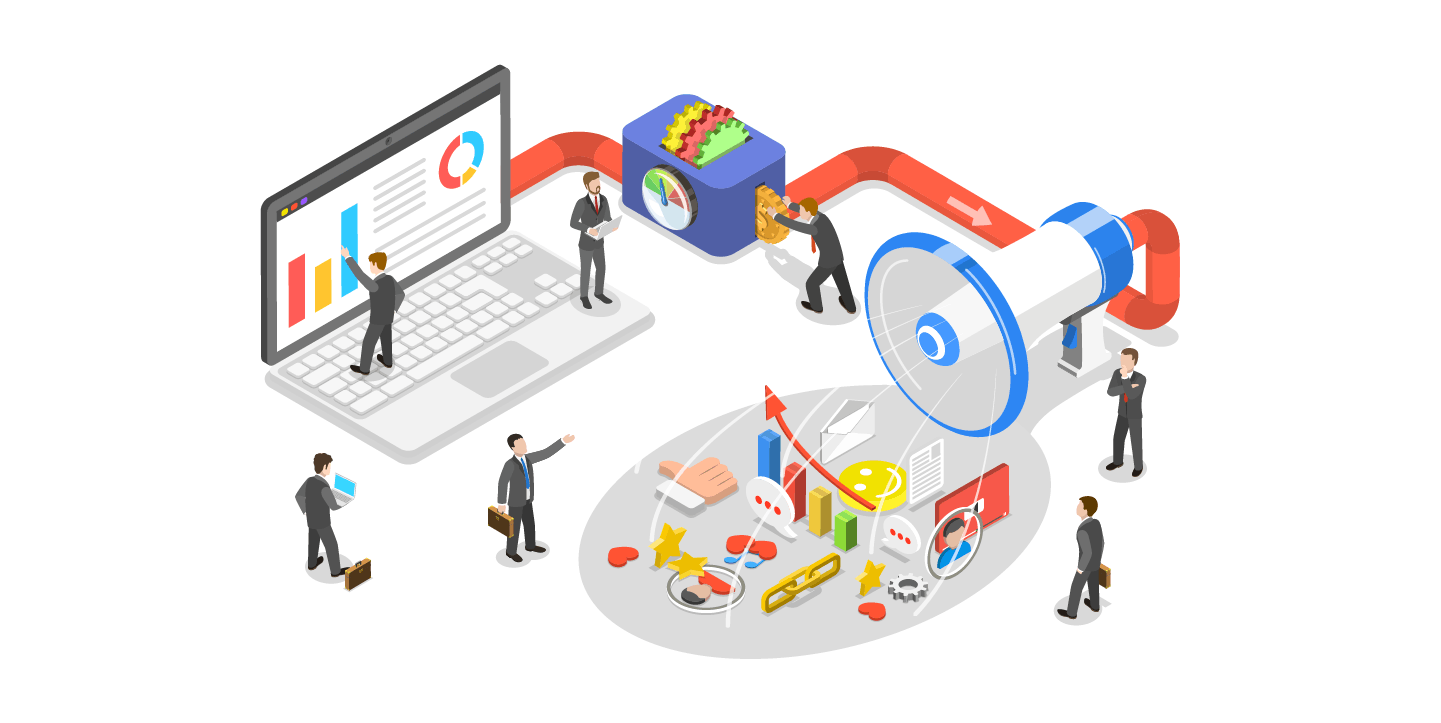 Programmatic may be the most exciting thing to happen in marketing since brands started to advertise on the internet.

The promise of programmatic is that mass advertising can be individually tailored to create personalised, one-to-one communications.

One of the things I’ve noticed while helping companies deal with digital transformation is the tendency to favour one mode of operation over all else.

This dominant culture allows companies to optimise for what they are currently doing, whether it’s selling fashion items, publishing books or delivering technology services.