Unlike other stores with a similar price range, Tiger does not lead with a low-cost concept. Instead, it is better known for its focus on design, stocking a wide range of cheap, cheerful and brightly coloured products – often sourced from Asia.

It is a formula that has become a hallmark, and in turn, has made Tiger’s proposition about more than just affordable prices.

You might go into a Tiger in search of a specific item, but more often than not, regular consumers also visit for the purpose of having a browse. This is because – drawing on its tagline of ‘everyday magic’ – it promotes the idea that you don’t know what you might find in its stores.

While sourcing products from Asia surely helps to offer consumers something new, Tiger has also taken steps to commission artists to create original items specifically for the store. For example, it has previously partnered with Japanese artist Misaki Kawai to create a range of unique tote bags. While the majority of Tiger’s items are very low in price, often falling between just £1 to £3, Tiger doesn’t sell itself on this basis. More importantly, it manages to bypass the notion that low-price equals low quality, and this is largely due to the store’s all-inclusive nature.

By refusing to shout about its prices, it has managed to disrupt the idea that cheap equals a poorly-made product.

Of course, that is not to say that the consumer does not appreciate good value. Rather, perhaps that consumers are beginning to consider their money even more than ever before – with expectations becoming less about BOGOF offers and more about legitimate value as well as quality. Another reason why Tiger has generated a loyal following is its dedication to the changing seasons.

You only have to look at its social media channels to see how it taps into events like Easter and Pancake Day – conveniently selling season-related products you probably never knew existed.

Similarly, it is able to drive sales of its craft and DIY products by continuously introducing new ranges, in turn ensuring that its stores remain interesting and exciting to even the most regular consumers. Tiger has also recently entered the travel retail space, opening its first ever store in a London tube station. With a slightly different product-range, skewed to ‘on the go’ consumers, it is a sign that Tiger is intent on expanding – as well as evidence that there is a demand for it.

When it comes to its in-store layout, Tiger has clearly been inspired by fellow Scandinavian brand, Ikea. Its larger shops are distinctly labyrinthine, taking consumers on a one-way journey through the entire store.

It’s a clever concept. Not only does it ensure consumers will travel past all potential products before they leave, increasing the likelihood of an impulse purchase, but it also builds on consumer panic. For example, by placing food and drink items near the checkout, but not quite the nearest thing to it, consumers will pick up these items knowing they won’t easily be able to turn back again.

It’s not only the layout that sets Tiger apart, of course. Its focus on the ‘surprise and discovery’ concept of its stores extends even to the background music, with the stores playing a familiar soundtrack of songs from the 1960’s to the 1990’s.

Whether or not you actually need anything it sells, there’s no doubt Tiger is intent on changing the stale shopping experience of most low-price stores.

These mini notebooks from @FlyingTigerCph really speak to my soul pic.twitter.com/DLois99DFO

Why did Poundland’s ecommerce trial fail? 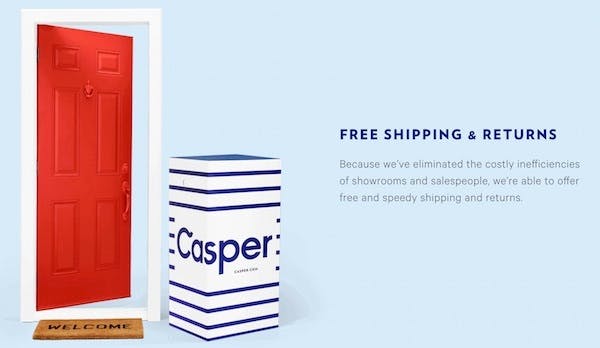 Shopping online can be a refreshing and enjoyable experience. But consumers may have forgotten that fact, after years of using identikit ecommerce sites that are functional but drab.

Thankfully, challengers and disruptors in retail are imbuing their websites with brand character and providing a customer experience not far removed from a store visit.