With the biggest brands typically thought of as sugar-laden carbonated drinks, there has been an attempt to shift industry perception in recent years. However, more often than not, many healthy alternatives are marketed as ‘good for you’, while still containing high levels of sugar or artificial sweeteners.

This is what led to the creation of Ugly Drinks – a brand that is aiming to disrupt the soft drinks industry by offering a real healthy alternative (that isn’t plain water). Founded by Hugh Thomas and Joe Benn, Ugly has grown from its small London-beginnings to now selling in the US.

Here’s a run-down of its disruptive strategy.

According to research by PureGym, Brits consume an average of 322 soft drinks cans per person a year, which is the equivalent of just over two litres a week. The government introduced a sugar tax in 2018 – for drinks containing more than eight grams of sugar per 100ml – but it’s unknown whether this will have an impact on consumption levels.

Despite some soft drinks brands being exempt from the tax, due to the inclusion of naturally occurring sugars, experts suggest it could be harmful to consider this ‘healthy’, as the impact on the body is similar once the sugar has been broken down.

Ugly Drinks aims to combat the trend for misleading marketing with its upfront and honest positioning. In other words, it promises ‘the ugly truth’. Its drinks contain “no unobtainable lifestyles, no ridiculous promises, no sugar, no sweetener, no calories and absolutely nothing artificial.”

???? Superdrug are getting UGLY ???? Say goodbye to fridges filled only with sugar & sweetener ???? Check out your nearest store here ???? https://t.co/CxitnCry85 pic.twitter.com/FDMlMZwAa7

The idea is that consumers know exactly what they’re getting before buying the product, as the brand is unafraid to tell the truth about what it contains. With consumer trust at a low, this type of honesty is crucial to winning over a new audience. Indeed, 86% of people say that authenticity matters when deciding what brands they like and support.

This has undoubtedly given Ugly Drinks an edge since its launch, with its upfront image appearing refreshing amid the confusing and often misleading nature of the wider industry.

Of course, not all consumers are inclined to make healthier choices, no matter how a brand markets its product. As a result, Ugly Drinks has strived to target a consumer base that is naturally open to the idea, using social media to speak to this typically younger audience. This market has been dubbed the ‘genzennials’, due to it being a combination of the two youngest consumer demographics (Gen Z and Millennials).

Humour has also played a part in Ugly’s success on social, especially on Instagram, where the brand’s no-nonsense marketing has generated an engaged following.

Aligning with its ‘ugly’ image, the brand has deliberately steered clear of typical Instagram imagery – the kind that is often unattainable and overly polished. Instead, it uses real people, as well as its own distinct style of humour in memes.

This has allowed Ugly Drinks to increase its reach on social media, with fans increasingly buying in to its unique style of branded humour.

Another way Ugly is aiming to disrupt the wider soft industry is by offering consumers new ways to access the product. As well as selling in retail stores, the brand also offers a subscription service to allow customers to get a regular fix of Ugly delivered to their door.

According to founder, Hugh Thomas, the brand has generated huge interest from workplaces on the back of this, with office-workers looking for a healthy afternoon alternative to sugary drinks. The ability to order direct from the brand also seems to appeal to organisations investing in the product to align with health-driven initiatives.

When the office manager only orders diet soda to the work lunch.

Ugly has seemingly tapped into a gap in the market here, as it’s likely that consumers are more willing to invest in a subscription service with the knowledge that they are receiving something that is free from sugar or artificial sweeteners. Other drink-based subscription services tend to come from either tea and coffee or alcohol brands, making Ugly unique in terms of its particular product offering.

The brand has also widened out its ecommerce offering on the back of its somewhat ‘cult’ identity, also selling merchandise, or ‘swag’ online, including branded hats and t-shirts. 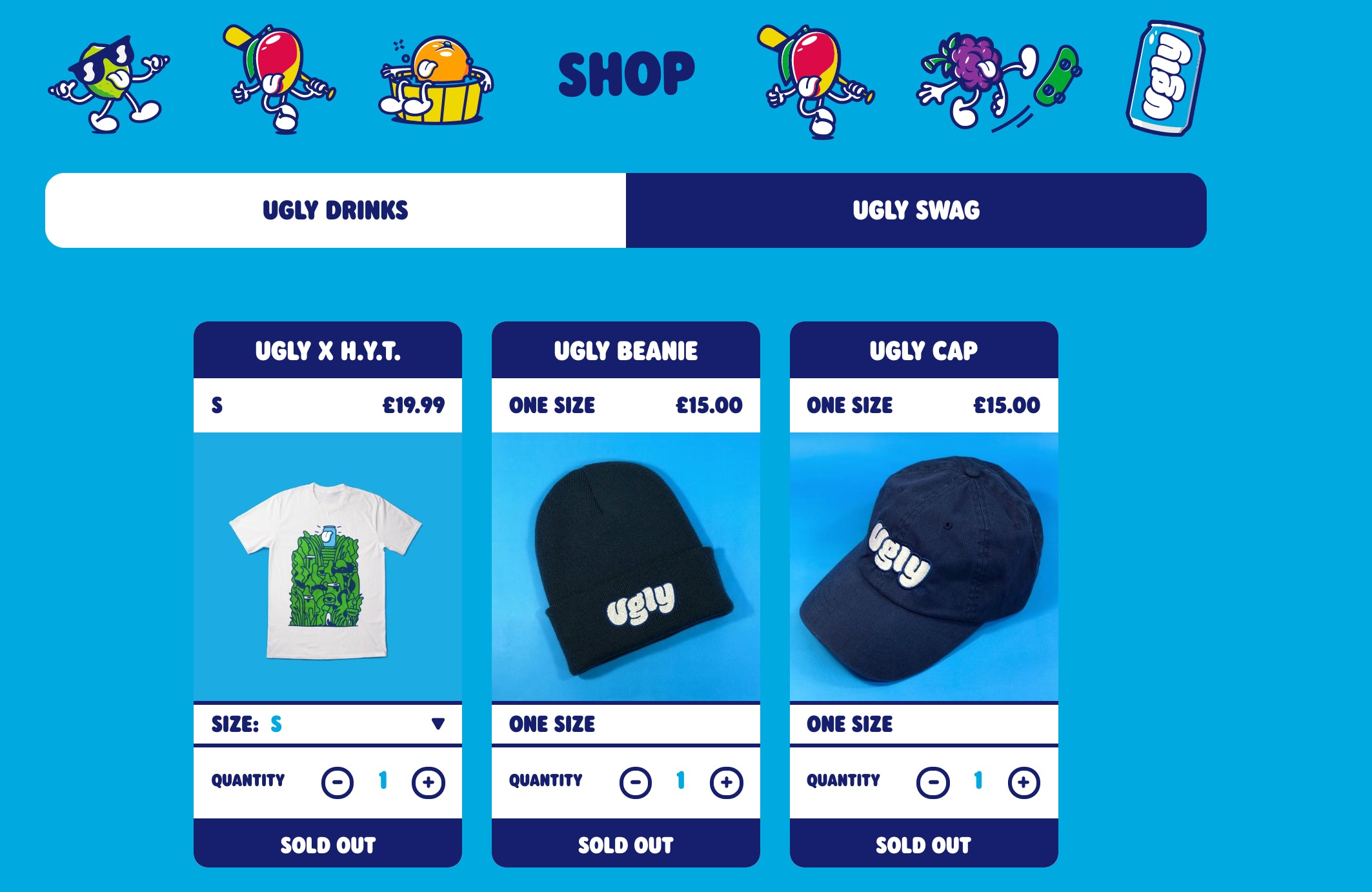 It didn’t just promote the charity’s work, but also pledged to donate one pence or one cent to Girl Up from every can sold.

Again, this aligns with the values of Ugly’s target consumer demographic, for whom brand values and corporate responsibility is of growing importance. There’s been multiple studies into how young people favour brands that display corporate social responsibility. One particular study found that 91% of consumers are likely to switch to a brand that supports a good cause, given similar price and quality.

For consumers today, Ugly Drinks’ dedication to pointing out the so-called ‘ugly truth’ (relating to a variety of issues) is certainly refreshing in comparison to the brand’s competitors.

Food delivery service Grubhub found itself under fire after it was reported that the company and Seamless, a subsidiary business, had purchased more than 23,000 domain names to launch microsites for restaurants that it has relationships with. 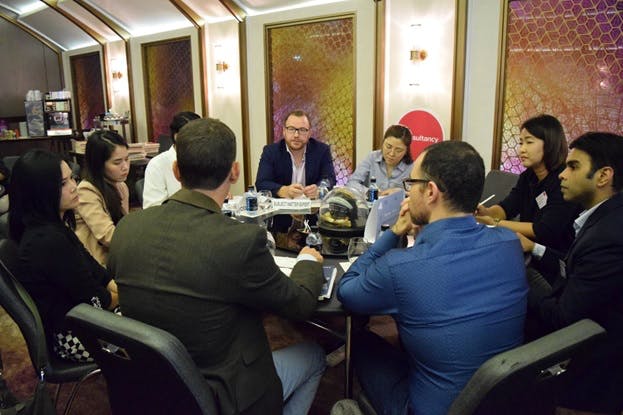 Over the past several years, content marketing has become a key digital marketing tactic for most brands. 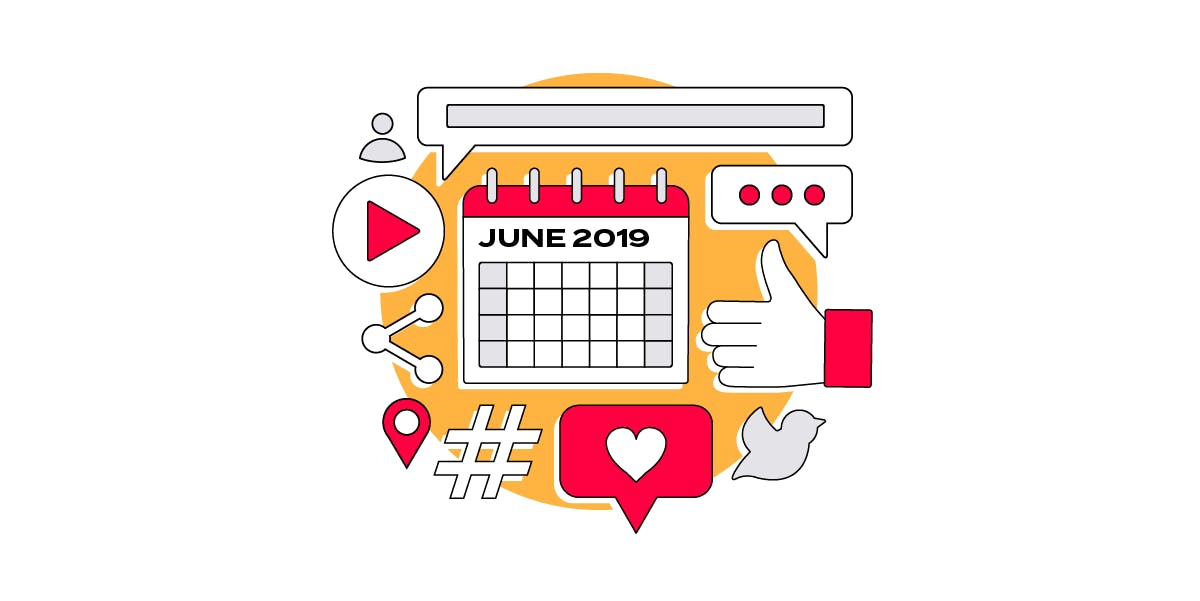 It’s monthly social media roundup time again and we’ve got campaigns from Nike, Sprite and Mastercard as well as updates from Instagram, Pinterest, LinkedIn and more. With no further ado let’s get into it… (Remember that Econsultancy subscribers can check out the Social Quarterly, as well as our Social Media Best Practice Guides) Pinterest further […]