Younger consumers in particular are more likely to patronize brands whose values align with their own.

But weighing in on social and political matters isn’t without risk, and that risk is being brought into focus yet again as Procter & Gamble shaving brand Gillette faces backlash over a new The Best Men Can Be campaign that weighs in on bullying as well as more controversial matters: the #MeToo movement and “toxic masculinity”.

The centerpiece of the campaign is a “short film” of less than two minutes that replaces Gillette’s famous slogan, “the best a man can get”, with “the best men can be” while portraying instances of bullying, aggressive behavior, sexism and sexual harassment.

A microsite hosted at thebestmencanbe.org explains the company’s inspiration for its campaign:

“…turn on the news today and it’s easy to believe that men are not at their best. Many find themselves at a crossroads, caught between the past and a new era of masculinity. While it is clear that changes are needed, where and how we can start to effect that change is less obvious for many. And when the changes needed seem so monumental, it can feel daunting to begin. So, let’s do it together.”

It goes on to state:

“It’s time we acknowledge that brands, like ours, play a role in influencing culture. And as a company that encourages men to be their best, we have a responsibility to make sure we are promoting positive, attainable, inclusive and healthy versions of what it means to be a man. With that in mind, we have spent the last few months taking a hard look at our past and coming communication and reflecting on the types of men and behaviors we want to celebrate. We’re inviting all men along this journey with us – to strive to be better, to make us better, and to help each other be better.”

Unfortunately for Gillette, it appears that many don’t share the company’s sentiment about its role in influencing culture, or the way it is going about it.

On YouTube, where the video has been viewed nearly 10m times, over half a million people have disliked the video – an amount more than double the number who have liked it.

Qualitatively, many of the campaign’s critics suggest that Gillette’s campaign goes too far and unfairly stereotypes and impugns the character of men. One of the arguments critics are making is that the CPG brand’s short film not-so-subtly implies that most men are engaging in bad behavior while only “some”
are stepping up to fight it – an obviously controversial stance that is bound to be disputed.

And that’s where this author believes its possible to suggest that Gillette’s campaign, which was developed by its agency of record, Grey, was not the best that it could get: it took on the virtually impossible task of trying to hold its primary customer base – men — “accountable” for negative behavior that many if not most would say they don’t engage in or condone in the first place.

This broad targeting of its primary customer base and focus on negative behavior opposed to positive behavior is where Gillette’s The Best Men Can Be campaign would seem to be different than other campaigns that have sparked debate, such as the one Nike built around National Football League
quarterback Colin Kaepernick. That campaign, as talked about as it was because it starred Kaepernick, simply implored individuals to “believe in something.”

Charles Taylor, the John A. Murphy Professor of Marketing at the Villanova University of Business and Senior Research Fellow at the Center for Marketing and Consumer Insights, predicted that the campaign would be “nothing short of an all-time marketing blunder” if Gillette doesn’t quickly chart a different course.

As Taylor sees it, “The shame of all of this is that Gillette surely could have devised a campaign focusing on positive encouragement of good behaviors without making sweeping generalizations about men and what it is to be masculine.” He added, “As it stands ‘The Best a Man Can Be’ managed to
unnecessarily alienate many of the companies [sic] customers, including many good men who largely agree with the underlying issues addressed in the ad.”

While it remains to be seen whether Gillette will actually suffer a meaningful long-term loss of business as a result of its new campaign, by quantitative and qualitative measures, the campaign looks like it could go down as one of the most controversial in the digital era. As a consequence, it will provide a useful case study for other brands wondering just how far they can and should go in taking on hot-button social and political issues. 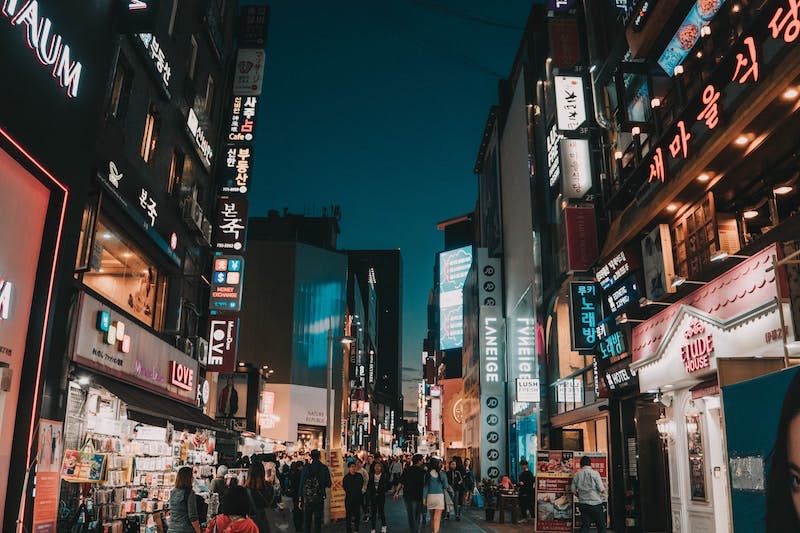 From smart speaker and QR payment penetration in Korea, to soaring tech wages in Japan, we saw some interesting stats last month in Asia Pacific.