This year, for the third year in a row, Google has opened up physical pop-up stores in a bid to encourage consumers to connect with its products in new ways.

Named “Google Hardware”, the two pop-ups opened up in New York and Chicago on October 18, and will be around until December 31.

Coincidentally or not, Google’s New York store is located along the street from Apple SoHo: tech retail has been revolutionised by Apple, which created an ‘adult playground’ formula that consumers have become accustomed to.

Google echoes the sentiment, riffing on “Hardware” to create an overarching thematic that makes the store visually inviting and encourages action. The name also provides a subtle reminder of the juxtaposition between the output of the American garage today compared with forty years ago – simply put, tablets are the new tools. 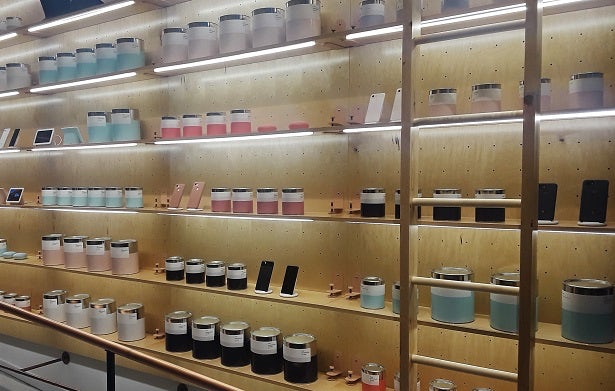 Hi-tech contraptions are placed alongside paint brushes and in front of punctured MDF plywood. Inside drawers, product sketches give a tactile insight into how each was created. This is a visual treat. In many ways the most remarkable thing is the breadth of Google’s inventory, which comprises Pixel 3, Google Home Hub, Pixel Slate, Pixel Stand, and Nest products. The aim is to get shoppers using each and every one.

Towards the back of the store, there is a lounge area for customers to sit and play with gadgets, along with a concierge desk reminiscent of the Warby Parker on the same street. (Home Hub cannot answer every question.)

The main attraction, however, is the ‘Treehouse’, designed to show off the possibilities of a truly connected smart home. Visitors ring the Nest Doorbell to enter, whereupon they are encouraged to make the lights twinkle or change colour, play music, or raise the blinds, all via voice commands. Before leaving, they can capture the moment by asking Google to “take a selfie” on the balcony. 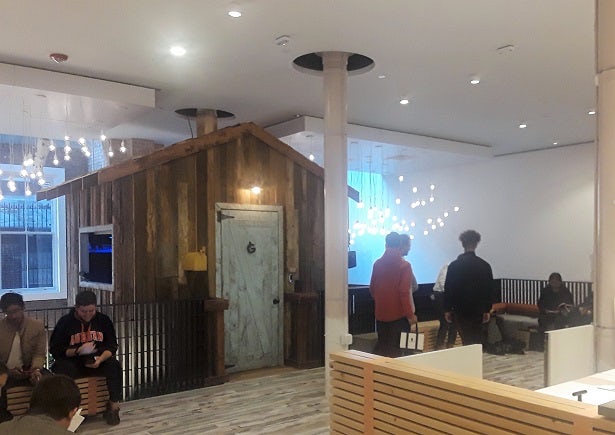 The downstairs area is frivolous, joyous, and educational. A swing animates the wall behind it when someone sits to have their photo taken – providing perfect Instagram fodder. The real purpose is to showcase Top Shot, a feature of Pixel 3, that takes several photos before and after the shutter button is pressed (thereby avoiding missed moments) – its AI even recommends the best image.

Without a doubt, the entire space is designed for the tastes of a social media generation. Moreover, it feels as if Google has learned from Amazon – who leave it up to customers to interact on their own – and is giving people ample opportunity to discover.

One weakness are the queues to get in. As with Everlane in the same neighborhood (and dating back to Abercrombie & Fitch), this frustrating New York occurrence over-hypes expectations. Also, tapping away at screens is not for everyone.

With that said, “Hardware” is a fun store with a lovely aesthetic – where the paint cans match the pantones used on Google products. (Oh my!) It is also a reminder about the growing importance of experiences within retail and the necessity of establishing a bond between customer and device to drive conversion.

It’s over a week since the Festival of Marketing 2018, but I always like to round up some quotes for posterity. 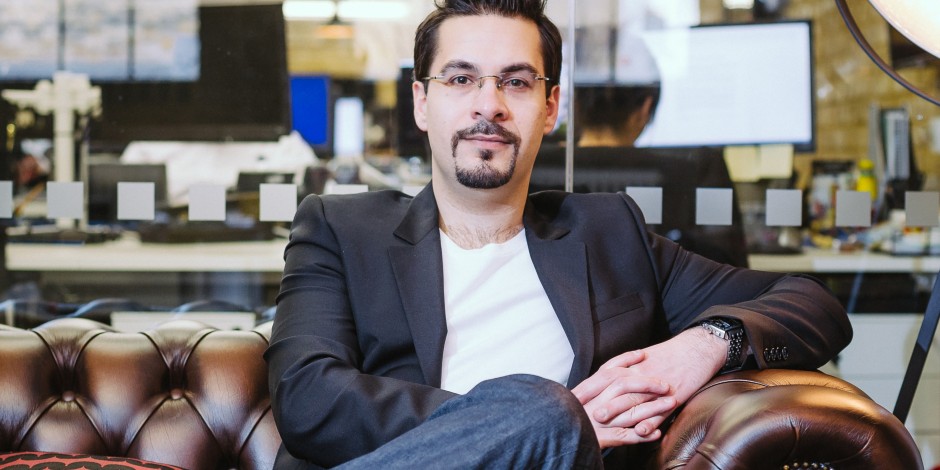