And here’s a screenshot of the exchange (click to enlarge). It would be easy to look at this thread and write an article about agility, digital strategy and transformation, but I’ll let the redditors do it for me.

And for anyone wondering the gov.uk is not keeping anything secret about how they operate. All the code is open source on github… and they often speak at conferences and gatherings, the last one I saw them at was Front End London. Their web work has been deemed so good I believe New Zealand government have forked the entire gov.uk codebase for their own version.

If they are actually letting teams use the technologies best suited to their area, then wow. Absolutely.

‘Agile’ the buzzword is going out of fashion – too many of us have experiences of people saying “we’re Agile!” or “we follow an Agile process!” meaning “we think we sound cool if we say that”.

Lots of the underlying behaviour patterns that Agile was short hand for are still popular, though. Things like “don’t try to build perfection straight away”, “don’t build anything you don’t know you’re going to need” and “each time you get something useful, release it to your internal test team” are good advice, but (for example) rigidly following the Scrum methodology (one form of Agile) is only sensible if Scrum makes sense for your project.

The gov.uk blog is a breath of fresh air. Wow. 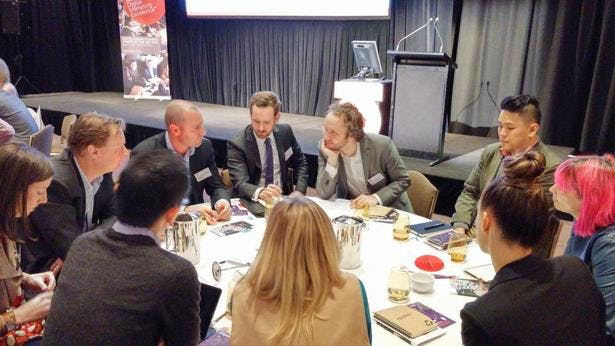 Last week I had the pleasure of attending Digital Cream Melbourne, continuing our series of roundtables worldwide where the crème de la crème of client-side digital marketers can share a mixture of their frustrations, challenges, insights and tips.

Following the roundtable discussions and a brief keynote which I presented, the moderators at each of the sessions came together to share their thoughts from the day on a panel.

For those of you that couldn’t be there, here are some key takeaways that I noted.

Implementing a new ecommerce platform is one of the biggest technical decisions that a retailer can make.

A successful replatforming can be the key to effective multichannel growth and can future-proof a retailer against ever-changing consumer demand.

With so much at stake it’s important to make sure that a project starts in the right place. To this end, I’ve put together five key things to consider in ensuring a scalable ecommerce replatform.

And for an in-depth look at this topic, download the new Econsultancy Ecommerce Platforms Buyer’s Guide 2014.

From an interactive value proposition to brilliant product descriptions, there’s much to love at Made.com.

I was taking a look around the site and kept stumbling on things that I consider to be best practice in ecommerce from this pureplay ‘direct to designer’ store.

Take a look at what I found and see if you feel the same way.