There was no need to introduce Hello Kitty to anyone in the room – when Longueira asked if anyone attending her talk had not heard of Hello Kitty, not a single hand went up.

Hello Kitty, owned by Japanese product licensing company Sanrio, was created in 1974. She was Sanrio’s first character, and is its most iconic: “It’s hard to find anyone in the world that doesn’t know Hello Kitty,” as Longuiera put it. 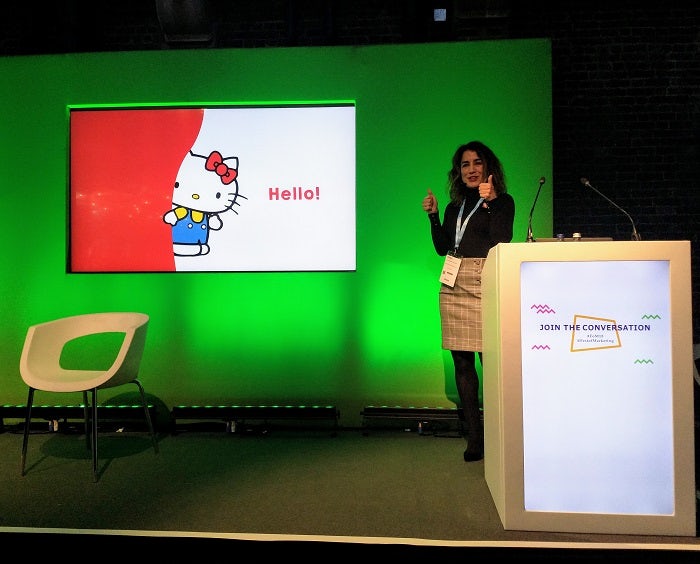 Hello Kitty is an ambassador of kawaii (a concept from Japanese pop culture, which best translates as “cuteness”) culture, and has been named as an ambassador for Japan. She has a worldwide appeal that spans demographics, and is frequently promoted by some of the biggest celebrities: Longueira cited Lady Gaga, who wore a dress composed of Hello Kitty plushies in honour of the character’s 35th anniversary, and Katy Perry, who has a Hello Kitty tattoo.

Yet over the past couple of years, Sanrio and Hello Kitty have specifically sought out micro-influencers to promote the brand on social media. Longueira explained why, and how this strategy has paid dividends for Hello Kitty in Europe.

In spite of the brand’s huge reach and recognition, marketing Hello Kitty comes with some challenges, explained Longueira. She’s a traditional character who began life as a product image, and is now transforming into a digital content character.

Additionally, as a licensing company, Sanrio has to abide by some “very honest commercial rules” – in Longueira’s words – for how it can market the character. It relies on its licensees, such as fashion and retail brands, to create products and form relationships on its behalf.

All of this requires some savvy strategic moves to get the most out of Sanrio’s marketing budget for Hello Kitty, and build up her engagement and social following.

Over the past couple of years, Sanrio has created the “Hello Kitty Gang”: an invitation-only group of micro-influencers who have between 10,000 and 100,000 engaged followers on social media (primarily Instagram, but some of its members have large followings on platforms like YouTube). Longueira emphasised that these upper and lower limits aren’t black and white – some of the Gang members have larger followings – but by and large, the brand has sought out smaller-scale influencers to build relationships with. 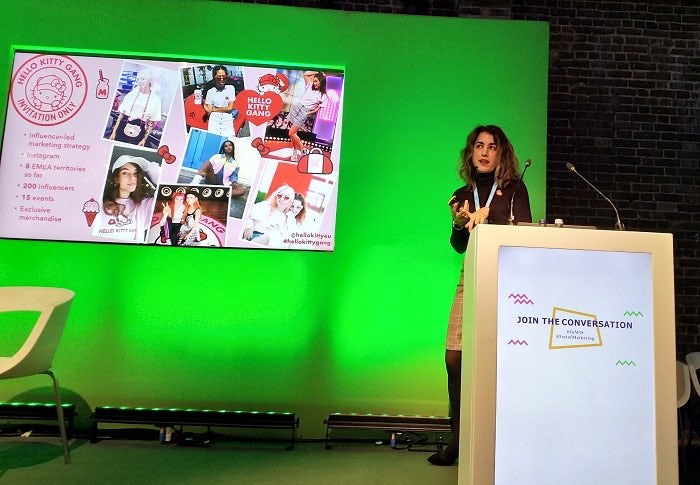 Members of the Hello Kitty Gang are fans of Hello Kitty who were already posting about her on social media. Sanrio approached them and invited them to connect with other influencers from different fields: from fashion and food to sport and music.

While many of these influencers were already connected, Longueira said, “we wanted to create an identity, a group for them to connect with each other.”

The Hello Kitty Gang is currently made up of some 200 members. None of the content they publish is paid for: Sanrio will create exclusive Hello Kitty merchandise for the Gang, and invite them to be part of the brand and post about it on social media. “It’s merch that really resonates with them – they want to be wearing it,” said Longueira.

Sanrio took care to create a distinctive and unique version of the character for its Hello Kitty Gang merchandise, giving her an identity that is just a little bit different from the rest of the Hello Kitty brand. “We are depicting her in a different way, and people notice that,” said Longueira. For example, in the Hello Kitty Gang logo, Hello Kitty has “a sassier pose … She’s wearing glasses and a cap.” 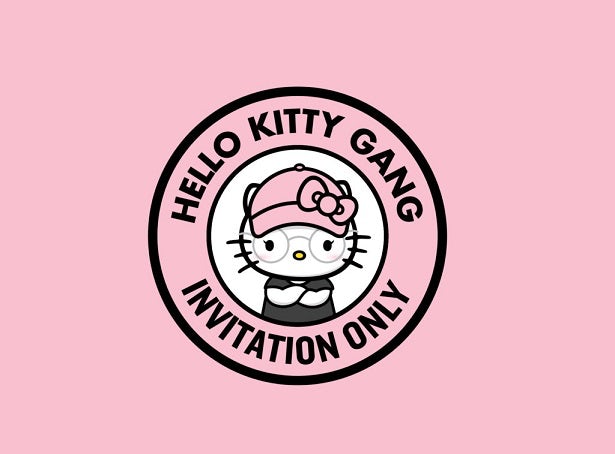 This helps to make the Hello Kitty Gang’s social posts attractive, and the merchandise that they feature distinctive and desirable.

In return, Hello Kitty Gang members will feed back audience insights to Sanrio, informing them if a particular outfit has had a lot of comments on social media.

“They tell us what our audiences want and like,” said Longueira.

Sanrio’s relationship with micro-influencers is offline as well as online, and Sanrio has organised a number of events for members of the Hello Kitty Gang. To create these, they partner with other collectives, businesses and venues who resonate with the influencer community in an authentic, “Hello Kitty” way.

Many of these businesses have a larger social reach than Hello Kitty itself – Hello Kitty EU has a fairly small social following, though it’s “really ramping up” at the moment, said Longueira.

“We have the brand awareness, but we’re still growing digitally in Europe.”

Not all of the Hello Kitty Gang events are exclusive to influencers: Longueira gave the example of an event Sanrio ran in partnership with the Ministry of Fitness which was opened up to the public, because Hello Kitty “can’t just be aspirational”.

Longueira describes Hello Kitty as a “lifestyle brand” – “People want Hello Kitty to be a part of their lives”.

Capitalising on the increasing popularity of Japanese food, Sanrio has also entered into a number of relationships with cafés and food brands, creating Hello Kitty-branded food that’s tailor made for posting on social media – like the Hello Kitty bubble waffle, created in partnership with Bubblewrap in London’s Chinatown.

Fashion is also hugely important to Hello Kitty, and it has partnered with retailers such as ASOS and Primark to create unique product ranges and events.

Longueira noted how the design of Hello Kitty lends itself to fashion and to Instagram, with its clean lines and primary colours. “Her face is a matter of strokes. … She’s so iconic – she draws you in.”

How well have Hello Kitty’s micro-influencer partnerships paid off for the brand? So far, the Hello Kitty Gang have reached 8 million people, and resulted in the creation of more than 300 Instagram feed posts, and nearly 900 Stories.

For Hello Kitty Europe, those are good numbers – and they’re all organic.

Influencer regulation is a hot topic in marketing at the moment, and during a Q&A after the talk, an audience member asked how Sanrio ensures that the influencers it partners with follow brand guidelines.

Longueira replied that Sanrio is always responsible for merchandise design and the content created through licensing deals. It has no say over micro-influencers’ content – which is the nature of organic social media – but the company is “very careful” about how the character of Hello Kitty is presented at events it organises.

For example, Hello Kitty has its own line of sparkling rosé wine – but the character herself can never be shown drinking wine.

As Hello Kitty moves towards its 45th anniversary in 2019 and its 50th in 2024, Longueira said that its partnerships and content are about making sure that Hello Kitty stays relevant in the 21st century – and remains a timeless, iconic character for years to come. 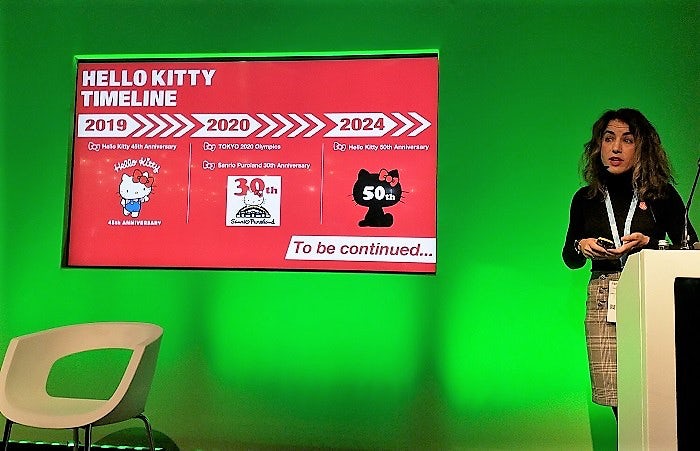 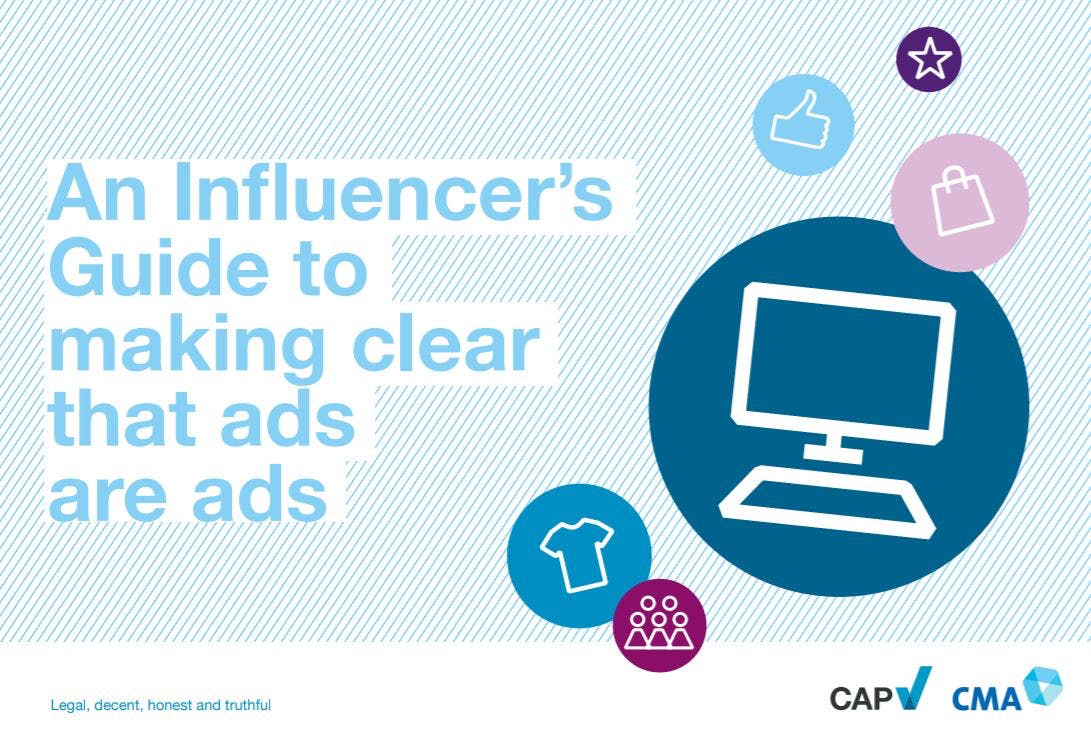 The 2008 UK consumer protection law states that editorial content that has been created for the purpose of promoting a product should be clearly labelled and identifiable to consumers as such.