Remember the bad old days, when you’d have an email template made, and the designer would charge you more to make it responsive?

Thankfully, for marketers at least, these days are long dead.

Now, here’s the thing: it’s not been totally proven whether or not responsive email design increases response rates. There’s 101 case studies (produced mostly by email design agencies) showing that it does, but a quick meta-analysis of a bunch of responsive emails doesn’t show a durable, statistically significant uplift.

But, this isn’t a reason to not use responsively designed emails.  As email engagement moves to a majority mobile experience (at least according to Litmus LINK) it’s about the perception of your digital brand.

If you have an email that looks crappy on smartphones or tablets, people may or may not respond to it, there aren’t enough statistics proving this either way yet.  We’ve established this fact.

The point to consider is that it makes your brand look archaic. (For non-native English speakers: archaic can be broadly interpreted as “sh*t.”)

2014 was indeed the year when responsive email design ceased to be a thing that you had to pay more for – because it’s just the way you do things these days. And if you don’t, for the non-native English speakers: “you suck.”

Let’s score that 1/1 so far for accurate predictions. So far, so good.

2. Email marketers will send out loads more emails than in 2013

Part of it is due to the major social networks restricting organic access to their audiences. Your 100,000 Facebook fans? Not worth as much today as they were a year ago…  So how have marketers overcome this challenge?

Email has undergone a bit of resurgence, insofar as people view it as one of the most powerful ROI generating channels – the fact is, you just can’t sell much stuff directly to your existing customers using any other online channel.

Sure, you can do a Facebook post, Tweet something, whatever, but this interaction is contributory to an end sale. And this is something most marketers don’t measure very well.

Anyone who uses a last-click attribution model likely invested more in paid search and email, because you can stick the ROI into a spreadsheet and look like a champ.

And this is why there were way more emails this year – people realise that it’s challenging to generate direct ROI from social channels. This doesn’t make social bad – it just means you’re using it wrong.

While my prediction was technically right, it was right for the wrong reasons. It was right because the marketers who massively increased sends tended to have lacklustre attribution models, not because they use email as part of a strategic, multichannel marketing programme.

So, while I could claim a technical point here, I would feel dirty about it.

That makes it 1/2 for predictions, not bad, but not great.

Remember when Gmail came out with the promotions tab, and the world ended?  The burning effigies of Larry & Sergey in ESP headquarters around the world told the story better than I ever could.

Thing is, the Promotions tab was a good thing, at least from a user experience standpoint.  And we all thought Google was done there, right?

But no!  Google has taken it a step further and came out with Inbox in late 2014.  For those of you who haven’t used Inbox yet, check out this fantastic analysis of its features.

Here’s the thing – from all the major webmail clients, Gmail is the only one that is taking the email experience forward… and all the others are playing catch up.

As with many of their products, Google are proving themselves to be thought leaders in the email space.  Inbox isn’t exactly revolutionary, but it makes managing your emails a damn sight easier than anything else out there.

Google isn’t trying to kill email.  They’re just trying to make it better. Not everything works perfectly, but we’ve learned this about Google over the years. They’re not afraid to try something new, and mothball it if it sucks (remember Wave, Buzz, etc. etc.?) And if it doesn’t suck – it becomes the gold standard to which every other company aspires.

I’m calling this one a win – that brings us to 2/3, or in proportion terms, the number of the beast repeated infinitely, sort of like this hellfire-bringing death punk band.

4. More ESPs will be bought for lots of money.

OK so, I wrote the original post just after the big wave of consolidation. ExactTarget became a MarketingCloud, Neolane became a different metaphor, and Responsys and Eloquoa became something else still (the enterprise-view-cloud-platform-focus-naming trend is starting to confuse me…)

Since then, there have indeed been a couple more ESP acquisitions, but not that many, or at least not as many as I expected.

What DID happen, though, is, as I mentioned in this point, 3rd party tools that are parasitic to ESP motherships have boomed.

“Yeah right,” I hear you say. But this is no joke. Check out these points:

While email transmission is a broadly commodified industry, there’s still room for nimble, profit-seeking startups to extract margin from the marketplace.

Let’s call this prediction half right, so that makes my score 2.5/4.

Maybe I’m being a little hard on myself, but I’d rather that than have you read this and think, “This guy’s a self-serving idiot!”  Those who know me will attest to the fact that only half of that statement is true.

So let’s assume you’re a digital marketer. Let me ask you a question: how many emails have you gotten that have “nurtured” you?  Letting you know how amazing a product is, how it’ll change your life?

And, how many have you sent out?

The problems I highlighted a year ago are still true. People still construct flow charts that are based upon how they thing people should respond.

Which is cool! It’s better than manually doing it. But also it’s extremely poorly measured.  Because, if you’re like most people, you don’t know if it works or not.

Marketing automation systems have done great this year! For example, Hubspot went public, which is awesome – it’s a great company with great features.  But, it’s only as good as the people using it…

Have you created a complicated flow chart? And implemented it? And have no idea if it works or not?

I bet the answer is maybe.

6.  Custom Audiences will make publishers and marketers a bunch of money

So, have you made a custom audience this year?  Or a tailored audience?  Or a live audience?  I bet you have – I wrote about it extensively in 2014 and now it’s simply just what you do, and is no longer an innovation!

I’ve done a bunch of Facebook advertising online in the last year, and it’s gone very, very well. Why? Because Custom Audiences, and Tailored and Live, when integrated into the overall multichannel marketing plan, are amazing.

And, I think we can agree that advertising like this works – perhaps best shown by Facebook’s own admission that their average CPM has increased massively.

Email isn’t dead, and it also is dead, and this is now a boring argument for which there is no winner.

The next time you hear an expert, guru or ninja say that email is or isn’t dead, don’t argue with them.

Roll your eyes and yawn.

Email is a fundamental part of the digital ecosystem, and this hasn’t changed, and won’t change.  The argument from both sides is boring, trite, and valueless.

Email has continued to be everywhere… perhaps best shown that there’s a 75% chance you got to this blog post from an email.

Overall, pretty good. The points you should take away are twofold: first, always listen to me 🙂

But the second point is best said by Wayne Gretzky, also known as Canadian Santa:

“I skate to where the puck is going, not where it’s been.”

I hope you’ve all had a great 2014. But remember- the more things change, the more they stay the same.  Even online. The basic tenets of marketing haven’t changed in a long time, despite what some experts may say… so keep doing what you’re doing, just do it really, really well, and 2015 will be a barnstormer for you and your business.

In closing, here is my Christmas wish to you:

“In this festive season, I hope Santa doesn’t unfriend you, unfollow you, or Snapchat you a picture of his sack.” 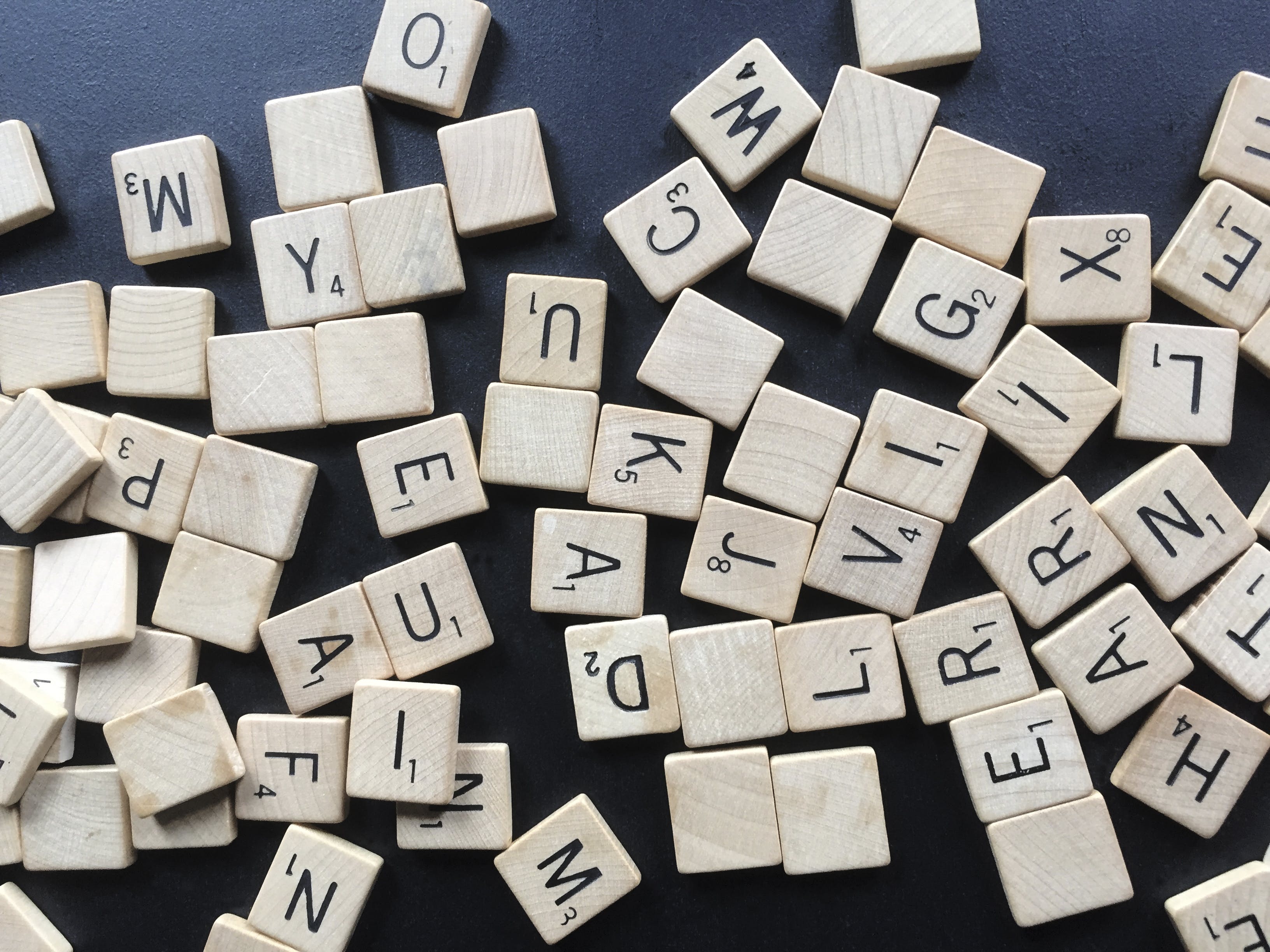 It’s an end-of-year list you didn’t know you wanted.

Which brand filled your inbox with corporate clutter? Whose business saw their daily marketing emails lead to the most unsubscribes? Which company’s irrelevant broadcasting made you hit the spam button?