In many cases, these fake news sites were not intended to sway public opinion but instead to generate ad revenue for their creators.

According to BuzzFeed News, teens in a small town in Macedonia were behind more than 100 pro-Trump sites that were set up to capitalize on interest in Trump to, in some cases, generate thousands of dollars a month in revenue from advertising.

And according to a Washington Post report, one fake news site owner, Paul Horner, makes $10,000 per month from AdSense. One of Horner’s sites, abcnews.com.co, features articles with the following headlines:

While Horner says that he “like[s] getting lumped in with the Onion” and that there is “purpose and meaning behind” what he does, unlike the Onion, abcnews.com.co is arguably not a parody site.

The domain and logo are clearly intended to play off of the brand of the real ABC News, and articles begin with AP, an obvious false reference to the Associated Press, which of course has nothing to do with the content on Horner’s site.

Despite the fact that Horner’s site violates AdSense’s policies against misrepresentative content, which cover “deceptively presenting fake news articles as real” as well as “falsely implying having an affiliation with, or endorsement by, another individual, organization, product, or service,” Horner’s site includes advertising from Google AdSense.

On an article entitled Donald Trump Tweets Image Of His Penis – WARNING: Graphic Content that includes a fake photo of the president elect with the real ABC News logo, this author was served ads from brands like AT&T, The Wall Street Journal and Panera Bread.

Needless to say, none of these brands likely intended for their ads to show up on abcnews.com.co or this fake article. Asleep at the wheel

That reputatable and supposedly well-policed ad networks are being used to serve ads to such low-quality sites, to the detriment of their advertiser clients, is not news.

But with big companies like Google and Facebook facing higher levels of scrutiny following the 2016 election, it’s possible that the lackadaisical enforcement of their policies could start to become more problematic.

While programmatic has increased advertiser focus on the concept of buying audiences, and many brands have come to prioritize reach, there is growing evidence that content quality has a significant effect on campaign efficacy.

Another recent study found that ads following political ads had a negative impact on brand perception, again demonstrating that content and context can be just important as who ads are shown to.

Obviously, networks like AdSense, despite their increasingly obvious shortcomings, aren’t going away any time soon, but the spotlight on fake news should serve as a wake-up call to the industry that there is a lot of unnecessary waste that needs to be dealt with for the long-term health of digital advertising.

Both Facebook and Google have updated their ad network policies to reaffirm that they’ll be going after fake news sites, but how easy that will be achieved remains to be seen.

We resisted the temptation to make this week’s roundup a Black Friday bonanza, but don’t worry, it still includes more shopping-related stats than you can shake a stick at. 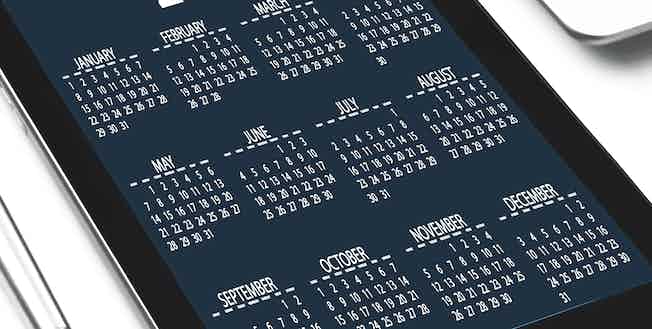