As well as finding a sweet spot between super-premium and inexpensive luggage, the direct-to-consumer retailer has expanded its product range from a single suitcase to multiple bags, travel accessories, and even wellness products.

Away has always strived to be about more than just selling suitcases – zeal which perhaps spilled over into something negative as the CEO apologised in late 2019 for some unhealthy workplace behaviours.

However, since it launched back in 2016, the company has successfully positioned itself as a travel brand; one which uses rich and inspirational storytelling to bring its products to life. Having raised $100 million in new funding in May 2019, Away has now got its eye on expansion and increased revenue.

So, how has storytelling been crucial to Away so far? Here’s a run-down of its strategy and what we can learn from it.

Combining pre-orders with aspirational travel content started it all

Away has become known as a so-called ‘Instagram brand’, with its popularity on social media driving large amounts of interest. It now has 547,000 followers on the channel. However, it’s interesting to note that the company initially started out with an offline content strategy, which manifested itself in the form of a hardback book.

The idea was actually borne out of failure, as Away’s first production run ended up being delayed. Consequently, co-founders Steph Korey and Jen Rubio decided to interview 40 people within the creative communities – including a number of travel photographers and writers – and collate their stories into a book called The Places We Return To. Away then sold the book along with a gift card that would redeemable for a suitcase a few months later, essentially marketing the book as part of a pre-order. The campaign turned out to be a huge success; Away sold out of all 1,200 of its initial copies.

Crucially, the premise formed the basis of Away’s long-term content strategy. In short: one that centres around creating aspirational and engaging content that focuses on the wider travel experience (and a particular lifestyle) rather than a product. This idea eventually evolved into Here, which is Away’s standalone blog and quarterly print magazine.

With a wide variety of content, including city guides and product recommendations, Here is positioned as an essential read for anyone interested in travel. One of its most popular series is its personal essays, whereby writers delve into the reflective and transformative nature of travelling. The rich and personal nature of this content is what elevates it from branded content into real storytelling, and something that is more akin to independent travel journalism. The fact that the magazine is separate to Away’s ecommerce site (as well as its main Instagram channel) cements this.

See Editorial Assistant @tian.a's guide to Atlanta—including where to stay, what to eat and drink, and what to do in the capital of Georgia.

Much like other successful direct-to-consumer brands – including Warby Parker and Glossier – social media has also been intrinsic to Away’s rise. Branded content is not its main focus, however, with the brand instead choosing to base most of its organic strategy around user generated content.

Away’s Instagram feed is made up of photos (usually taken by followers) of the brand’s luggage in exotic or unusual destinations, focusing on the aspirational context of the location rather than the product featured. This has created a highly recognisable aesthetic, with the brand’s brightly coloured suitcases gaining a cult-like following on social media as a result. It has helped the brand to create a community, too, with its audience willing to share their own content using the #travelaway hashtag in hopes that they might be featured on the Away Instagram page.

Can an airport be on a travel bucket list? Asking for a friend. ???? @hande_aladag #travelaway

Alongside user generated content, Away also uses influencer content in a similar way. Partnerships with influencers has helped increase awareness and engagement among users interested in the subject of travel, as well as other key verticals such as fashion and design. According to MediaKix, a particular campaign (involving 13 sampled influencer posts) resulted in 58,089 likes, 1,090 comments, and an overall average engagement rate of 5.22%. Interestingly, not all the influencers chosen by Away always have huge audiences, with many coming under the mid or micro-influencer categories.

In fact, mid-tier influencer Hegia de Boer generated the most engagement in the aforementioned campaign, with a rate of 11.22%. The fact that de Boer describes herself as a ‘visual storyteller and occasional traveller’ further emphasises Away’s own story-driven strategy.

Swipe to see my journey with this @away Weekender bag ???? I love how many things I can fit inside, it even has a secret compartment for my shoes. Such a perfect travel companion. And you can even add a personalization, like your initial. I love this personal touch so much! See more details in my stories ☺️ Do you enjoy travelling by train too? #travelaway #ad

Continuing the story in store

We’ve seen many direct-to-consumer brands turn to physical retail, and Away is no exception. Like Casper and other DTCs, Away has also veered away from the traditional retail model, instead choosing to launch a number of pop-ups (alongside permanent stores) that are experience and brand-driven rather than sales-focused. The pop-ups also aim to tell a story, using clever and impactful design in order to bring it to life – much like the visual nature of its Instagram channel does online.

Of course, there is often the option for customers to buy in these instances, but many of Away’s pop-ups have been designed for promotional purposes rather than to drive revenue. In early 2019, Away partnered with Nordstrom to create pop-ups in nine US locations, each one stocking skincare and other ‘travel essentials’ alongside its primary luggage products. The idea was to test out whether customers would be happy to purchase these items from the brand, potentially informing future product lines.

.@nordstrom is getting Away—for a limited time at the Up & Away Pop-In! Here’s a sneak peek at the exclusive collection, only available on https://t.co/TRehHYZBvy and select Nordstrom stores starting 1/11. pic.twitter.com/KFFv7oibkF

Before it went on to launch a permanent store in Williamsburg, New York, Away also launched a pop-up in the same location. The aim of the store was to create the sense that customers were shopping ‘underneath the clouds’; hence its blue and white cloud-like design, complete with aeroplane windows. Similar to this was a pop-up that Away launched in Lower Manhattan, which was modelled after an airport. ‘Terminal A’, as it was called, allowed visitors to mimic the airport experience. This meant, for example, picking up and filling out an Away boarding pass, which came along with a 25% Lyft discount on a ride to any real-life airport.

Alongside impressive design and interesting brand partnerships, Away’s commitment to bringing travel to life through storytelling has ultimately cemented its image and customer experience – both in-store and online.

Current forecast for Brooklyn and Dallas: 100% chance of getting Away. Our holiday pop-ups are officially open until January 5—come say hi and shop our entire lineup IRL. Check out our story for more info. See you there ???????? #travelaway 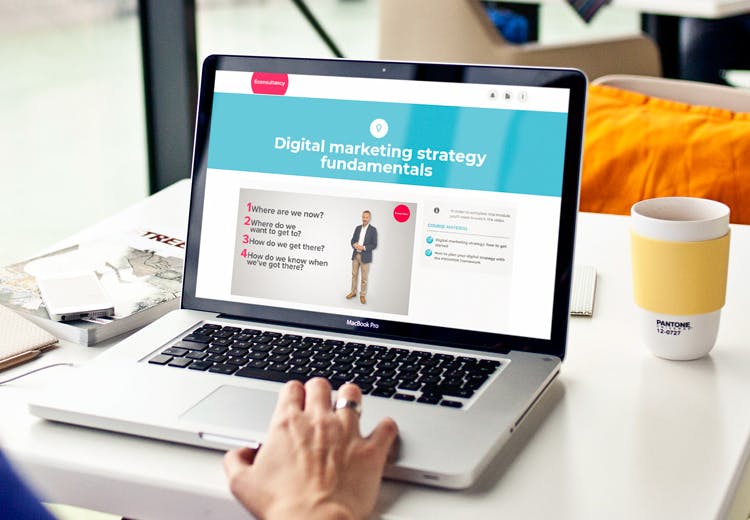 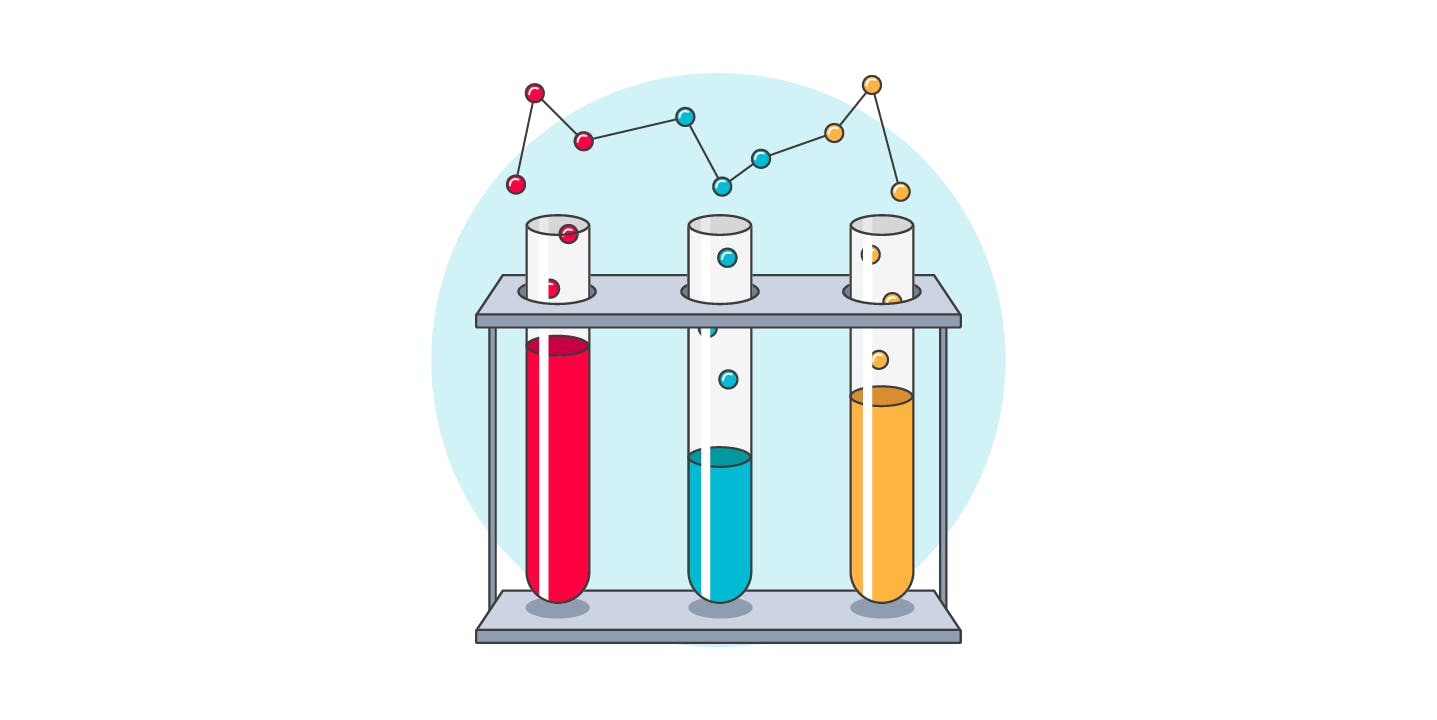