You can tell a lot about someone by how they cope in a crisis.

The same goes for brands. Some rise to the challenge like a champion, coolly brushing off the possibility of any long-term damage to reputation, while others flounder in the face of public outrage – sent with their tail between their legs onto Twitter’s version of the naughty step.

Social media crises can occur for a variety of reasons, ranging from accidental Tweets to massively misjudged marketing campaigns. And as we all know, they can spiral out of control incredibly fast. As a result, it’s important for brands to create a plan of action, including guidelines on how to act and respond both publically and internally.

You can use Econsultancy’s new Social Simulator tool to test your own crisis plan. Meanwhile, here’s a bit of analysis on how some of the biggest brands in the world have reacted in the face of a social media storm, and why their strategies did or did not work.

Brands often use social media to update or apologise to customers about a problematic service. This also means brands open themselves up to a surge of criticism – with users taking the opportunity to reply saying exactly what they think.

British Airways recently took this approach in response to an IT failure that grounded hundreds of passengers in Heathrow and Gatwick, tweeting a video of chief executive Alex Cruz saying sorry.

Instead of curbing further reaction, the tweet generated a fresh wave of anger from disgruntled passengers, mostly complaining that they had been told very little otherwise. In turn, this made British Airways’ apology appear cursory – as if a single tweet would make up for the hours customers spent waiting for help and information. Combined with unanswered questions about the cause of the IT failure (and the suggestion that it was human error) – BA has been the subject of huge criticism on social and in mainstream media coverage.

The question now is whether the current feeling will impact the airline’s reputation in the long-term. But could BA have prevented such a profoundly negative response? It seems unlikely considering the sheer scale of the inconvenience and annoyance caused by the problem, however the brand’s late and lacklustre response on social media has done nothing to help.

Instead of using the medium in the moment of crisis – to respond and stay on top of customer queries – BA has largely been using it apologise way after the issue has occurred. Certainly not the best way to use social media for customer service, at any given time, let alone in the face of a huge crisis.

Better or indeed heavier resource planning would have allowed British Airways to respond to user queries in the moment of customer need – even if there was no real update at that time. After all, it is better to respond to a question in any way possible rather than leave people hanging, with the latter only resulting in further criticism.

We're sorry you've been without your bag, Nelson. We hope you've now been reunited. ^Alex

This example is quite a few years old now, but KLM’s response to the 2010 ash cloud is a nice counterpoint to BA, demonstrating the benefits of embracing social media for customer support.

When the ash cloud hit, KLM’s social media team and wider strategy was limited, however, it soon realised that its Twitter and Facebook channels would be the best way to stem the onslaught of queries coming in to phone lines and ticket desks.

Instead of making do, KLM also decided to pour as many resources into social as possible, deploying volunteers and people from various other departments to respond to stranded passengers online.

If you're not able to contact us by phone for rebooking, please send us a request via twitter. We will then ask for details via DM.

When you compare KLM’s tone of response to BA, it is far more directional and self-assured (arguably easier when the crisis is not self-inflicted). It’s also interesting to note that it did not merely say sorry for its busy phone lines – instead giving users a simple and guaranteed alternative rather than a shallow apology.

In the five years since, KLM has continued to develop its reputation for good social strategy. As well as focusing on fast response times, KLM strives to intercept user complaints to identify and solve problems as quickly as possible. With 42% of customers said to expect a reponse to a social media enquiry within 60 minutes – KLM’s dedication to this has undoubtedly contributed to positive brand sentiment.

Walkers Crisps was the culprit of a recent social media blunder, with a crisis arising from a seemingly innocent online competition for Champions League tickets.

Run by Pepsico, owners of the Walkers brand, the competition involved people tweeting in selfies that would be featured alongside Gary Lineker in an automated video.

Soon enough, users realised that the video generator was not being monitored by a real person, and would therefore accept any photo that was recognised as a human face. This led to a number of people sending in photos of notorious criminals like Jimmy Saville and Harold Shipman.

Walkers promptly shut down the competition and responded with a single tweet. Not before the gaff went massively viral, of course.

We recognise people were offended by irresponsible & offensive posts & we apologise. We are equally upset & have shut the activity down.

But did it take the best course of action – and has it damaged the brand?

It’s hard to feel too much outrage at this example, especially considering the crisis arose out of the mischievous behaviour of Twitter users – not a deliberate move on Walkers’ part. Most of the reaction on Twitter has also been sheer disbelief at how the brand failed to see such an obvious flaw in its campaign, rather than offence at the tweets themselves.

Walker’s obviously wanted to brush it under the carpet as quickly as possible (out of sheer embarrassment more than anything else), hence the short and swift apology. Sometimes, this is enough to bury a crisis, resulting in nothing more than a place in the list of some of the biggest Twitter backfires of all time.

In order to prevent the situation, Walkers should have been much more thorough in its planning of the campaign, recognising the potential pitfalls of automation. While this example is far less extreme than other instances where the computer takes control – such as Microsoft’s chatbot, Tay, which learnt racist and sexist terms from users – it still demonstrates the danger of automated social campaigns, and what happens when there is no real-time monitoring sytem in place.

Walkers: Let's run a promotion where people can send in selfies to win match tickets.

Sometimes, a crisis can occur out of nowhere. In the case of Taco Bell, it happened due to accusations of wrong-doing from just one individual.

The fast food chain was sued in 2011 for allegedly using just 35% beef in its meat, with the claim suggesting that the remaining 65% contained water, wheat oats, maltodrextrin, and other ‘fake’ ingredients. This then led to the story being widely shared and talked about on social.

Despite a number of media outlets also covering the story, Taco Bell did not merely rush to publish a statement counteracting the claim. Of course, it denied it. But then it also launched an entire advertising campaign based around it, posting videos on Facebook and YouTube of President Greg Creed talking about the correct ingredients of its products.

It also created print ads to educate consumers about Taco Bell recipes, even going so far as thanking the person who sued the company for giving it the opportunity to do so. Though this example is more of a brand crisis than a social media one, it still demonstrates how social channels can be harnessed to turn around perceptions.

By focusing efforts on marketing via channels like Facebook and Twitter, the brand effectively reached and engaged customers, resulting in a swell of comments in support of Taco Bell’s campaign. This shows that effective social media crisis management is not just about how to respond in the short-term, but finding ways to recover reputation long after the incident has occured.

With users increasingly looking to social media channels like Twitter for real-time updates and information, it’s not only a huge opportunity for brands to quash controversy before it catches on – but to impress consumers with how it does so.

Regardless of the size of the crisis, it’s clear from the aforementioned examples that a swift, honest, and measured response to any issue on social media is always the best plan of action. Alongside this, it is important for brands to set up clear guidelines in relation to identifying and managing crises, determining who is responsible and for what, as well as how to manage approval processes and resourcing.

As KLM and Taco Bell particularly show (and from which BA should take heed), it also a real understanding of the medium – and what users want from it – that can ultimately turn a crisis around.

This week’s roundup is a corker, including news about voice technology, mobile ad blocking, and experiential marketing.

If that’s not enough, be sure to download the Internet Statistics Compendium for lots more juicy stats. 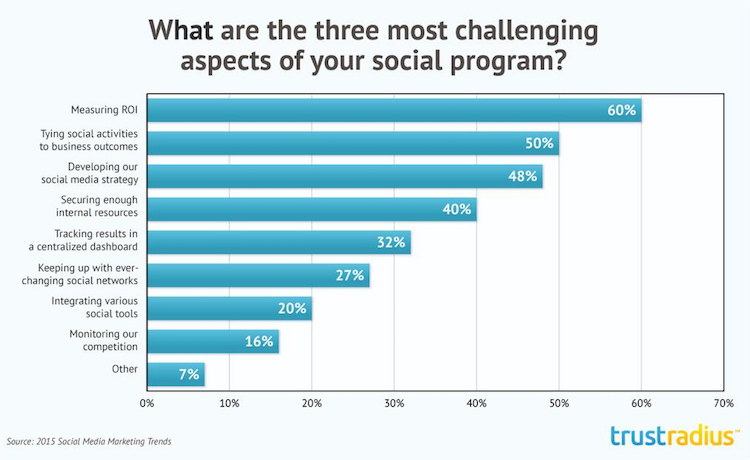