This kind of sexist advertising is not big news. From cleaning products to yoghurt – brand gender stereotyping has been rife for decades. Even brands that deliberately set out to empower can get it wrong – you’ve only got to look at Dove and its ridiculously unnecessary body-shaped bottles.

And it’s not always related to women, of course. Who can forget the infamous Lynx ads, and even more recently, the reinforcement of male gender stereotyping by Miller Lite, who told us that drinking any other type of light beer is unmanly.

The ASA (Advertising Standards Authority) has just announced plans to tackle examples like this. But why now?

2015 seemed to spark a turning point. It was the year when Protein World unleashed its controversial ‘Beach Body Ready’ ad, resulting in 378 complaints against the brand for being ‘socially irresponsible’.

At the time, the ASA cleared the campaign saying that it was ‘unlikely to cause serious or widespread offence’. However, it has since caused the regulatory body to recognise the need for a ‘strong evidence-based position’ when it comes to the portrayal of gender in ads.

As a result the CAP (the Committees of Advertising Practice) has recently released a report detailing new guidelines that will come into force in 2018. It has stated that ‘a tougher line is needed’, particularly when it comes to ads that mock people for not conforming to gender stereotypes.

It has to be said, there are many organisations out there already doing work to tackle the issue. Last month, Unilever announced a new alliance to drive out gender stereotyping, teaming up with UN Women, Facebook, and Mars to share knowledge and spread the culture of change.

Meanwhile, GoDaddy – which was previously known for sexism in both its ads and internal infrastructure – appears to have turned a corner. Since Blake Irving was appointed CEO, the company has dropped its sexist ads and become a much more inclusive workplace, even being named as one of the top companies for women technologists in the US.

One of the most well-known companies to spearhead a shift in perception is Sport England and its ‘This Girl Can’ campaign, which persuaded 1.6m women to start exercising through a series of empowering and inspiring ads. Showing how fear of judgement can hold women back, it also effectively highlighted the gender pay gap.

A shift towards gender-neutrality

Interestingly, it’s not just the stamping out of sexism and outdated stereotypes that has become a focus for brands. Alongside this, some are taking steps to promote a more gender-neutral or fluid image, and redefining who their target market is on this basis.

Here are a few examples to highlight what I mean.

Men have been wearing make-up for decades, but up until recently the beauty industry has only represented women in mainstream advertising. This changed last October when 17-year-old makeup artist and YouTuber James Charles was named as CoverGirl’s first male spokesperson. James was specifically chosen to be the face of the brand’s ‘So Lashy’ mascara – a product that is designed ‘for anyone wanting to transform their lashes into a bold look – regardless of lash type or starting point’.

It was James’ social media presence that caught CoverGirl’s eye, and digital content has undoubtedly contributed to the rise of male beauty in general. Male beauty bloggers and vloggers are amassing huge audiences on platforms such as Instagram and YouTube.

There’s clearly a demand for this kind of content, too. A report by Mintel found that 47% of UK males aged 16-24 value the advice of beauty bloggers more than store staff. As well as CoverGirl, brands including L’Oreal, Maybelline, and Soap & Glory have also taken steps to become more inclusive, using both men and women in campaigns to appeal to all genders.

Advertising is not the only way companies are working towards gender-neutrality. A few months ago, Emma Watson won MTV’s first ever gender-neutral acting award.

The decision to introduce it has been described as a watershed moment for equality in entertainment, bravely shining a light on the silos that exist between men and women.

However, it’s also been criticised for being a rose-tinted idea rather than a real drive for change. This is because the opportunities for women in entertainment are typically lesser than for men, meaning that it might inadvertently reduce the amount of female wins overall.

That being said, MTV’s decision certainly highlights the need for tangible changes elsewhere in the entertainment industry, and is one of the first prominent examples of a company creating inclusivity for actors who do not conform to gender norms.

Thank you for your beautiful Best Actor in a Movie acceptance speech at the #MTVAwards, @EmmaWatson pic.twitter.com/iGN3nQQylL

Barbie has been guilty of perpetuating stereotypes over the years, furthering the ‘pink-ification’ of little girls’ toys. Even when the brand has aimed to set an example for empowerment, it has been criticised for putting females in pigeonholes.

‘Engineering Barbie’ is the most recent example of this, with the toy encouraging girls to use engineering skills to build racks for clothes, shoes and jewellery. That being said, the brand has taken steps to become more progressive in its marketing activity. To promote its collaboration with fashion brand, Moschino, it created an ad that featured a little boy playing with the doll.

Aiming to celebrate the fact that all genders love Barbie, it was the first example of the brand veering away from a strategy that solely targets girls.

According to research by the Innovation Group, 43% of millennials say they know someone who uses gender-neutral pronouns. This figure increases among Generation Z’s, with 56% of those aged 13-20 saying the same.

Fashion is one industry that has been taking note of this, with big-name retailers creating unisex clothing lines.

Interestingly, both collections have come in for criticism, mainly because the clothes appear to veer towards a male-aesthetic (as well as being pretty boring in design). However, H&M has included a number of dresses in its collection, which has prevented the brand receiving the same kind of backlash as Zara. Then again, whether or not the retailer continues the collection is perhaps dependent on sales rather than sentiment.

Could it become a brand gimmick?

While ASA’s decision has been met with a largely positive response, there has been some suggestion that the guidelines will be difficult to implement. As it is arguably a subjective topic – where will we draw the line between stereotypes and standard segmentation?

Similarly, will brands that typically target a specific gender feel obliged to err on the side of caution, and could this actually stifle creativity rather than lead to natural diversity?

This also raises the question of brands jumping on the gender bandwagon, perhaps even using it purely for the sake of marketing purposes rather than real customer inclusivity.

Fortunately, brands like L’Oréal and Unilever do appear serious about long-term investment in gender equality. Meanwhile, as the ASA cracks down on unacceptable stereotyping, maybe 2017 will signal a real sea change in the attitude of brand marketers.

Growing advertiser focus on brand safety, relevance, viewability and ad fraud is motivated by one thing: advertisers don’t want to waste money on ads that don’t realistically have the potential to deliver results.

But is it really possible for advertisers to identify wasteful digital ad spend and reduce or eliminate it? 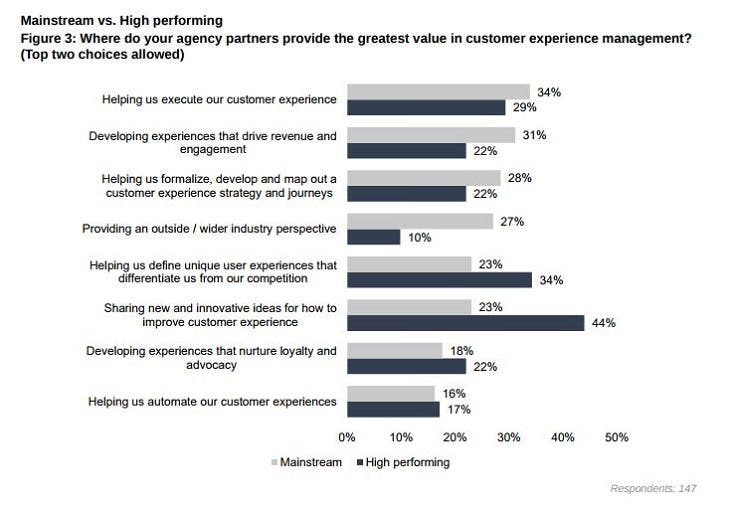 Brands no longer turn to agencies solely for creative content or campaign management.

Now, the importance of technology, data, and CX means that demands are growing – and client-agency relationships are changing.