As such, the way that Bromptons are marketed is pretty inconsistent across the world. Brompton’s Head of Customer experience Harry Mann speaking at FoM17 tells us that in Japan the Brompton is known as a bike for the besuited businessman who wants the best and most expensive bike and will never ride it on the weekend, whereas in Korea, the Brompton is marketed to a younger audience with brighter colours and festival events for owners.

Even in the UK, the Brompton means different things to different people. Mann discussed how Brompton have been associated with such disparate types as those that live on canal boats and Hugh Bonneville’s character in the BBC’s sitcom W1A.

Historically, some of the marketing done by retailers has been a little bit cheesy or uninspiring, with the incredible demand for Bromptons (outstripping supply) leading to little investment from the brand.

However, this purchase journey can seem like it creates quite a lot of friction for consumers. In Mann’s own words, “the experience of buying a Brompton is challenging.”

Buyers have to do their research, then head to one of 1,600 stores that stock Bromptons to try one out, then go back online to configure it, then head back to store to place their order, and go back a final time to collect their finished bike. Brompton and Mann realise that the idea of a bike shop is changing – rather than a room crammed full of frames, a store has to work better in tandem (no pun intended) with an online store front.

As part of this effort, Brompton set out to define what their product is, who it is for, and what consumers want in the purchase journey. A sobering bit of trivia to frame the problem, the content most searched for on Brompton’s website was an article titled ‘How to buy a Brompton’.

The strength of the Brompton is partly that it is one design with 17 million combinations according to Mann. But this mass customisation also presents a challenge to the consumer – which one to have?

Brompton customers and prospective buyers clearly wanted to get more from the brand. Before looking at some of the new content the brand created, it’s worthwhile looking at how Brompton defined its brand.

A new motto – ‘Made for cities. Made for you. Made in London’ – described how the bike is:

This new definition of the brand was used alongside customer insight to create new content for each stage of the customer journey.

Content such as interviews with Brompton owners in different cities around the world was designed to target browsers. Where these owners live can impact how they use their bike, with customer in Amsterdam, for example, often purchasing a Brompton because of bike overcrowding and a lack of parking.

For those ready to build their bike specification online, Brompton created content showing the level of research and tech that goes into each bike. This content was designed to emphasise quality (justifying price) and to explain what each feature does.

Content for owners was designed, such as how to look after your bike and even how to get involved with a race event.

In-session personalisation is used on site, focusing first on a few key personas aligned to key parts of the purchase journey. For example, the absolute novice would be recognised by certain variables and perhaps served content about events where they can try riding one for the first time.

Known owners would be served content more relevant to them, such as some information on the IoT augmentation that Brompton is enabling.

Crucially, in order to enable personalisation in the build stage, Brompton designed a series of lifestyle questions which asked how often people ride, where and when, to try to eliminate some extraneous customisation options.

As 80% of their bikes are exported to 48 countries around the world, Brompton worked with Sitecore to develop international versions of their content.

Social as a shortcut

Mann described “social as a shortcut”. As Brompton doesn’t have the budget to send video teams all around the world to shoot on location, it uses user-generated content (UGC) to tell the brand story.

This UGC is about showing off not just where in the world a Brompton can be used, but how it can be used. Mann said they wanted to “echo brands such as GoPro, and show where Brompton can take you”.

An example of this UGC is shown below, with hashtags such as #madeforstoring and #myunseencity providing a canvas for bike owners.

Mann did though say that Brompton is also happy to “shamelessly rely on celebrities, too,” showing a picture of Owen Wilson happily riding his Brompton.

The next step in having a better relationship with customers seems to be transactional, with Mann saying that deposits for the forthcoming electric Brompton are being taken on the brand website.

Though Mann gave no further details about going direct to consumer, he did reveal some interesting insights into how online data can shape offline strategy. One such example was the planning of store locations in France based upon online store search data from their website.

More innovative ways in which Brompton is interacting with consumers includes upgrades and updates – sending new kit to customers to improve their existing product – as well as finding new audiences with lifestyle campaign video targeted at serious cyclists.

All in all, Brompton is a brand with incredible customer love thanks to a brilliant product, but the effort to remove friction from the customer journey can only add to the positive sentiment seen online. 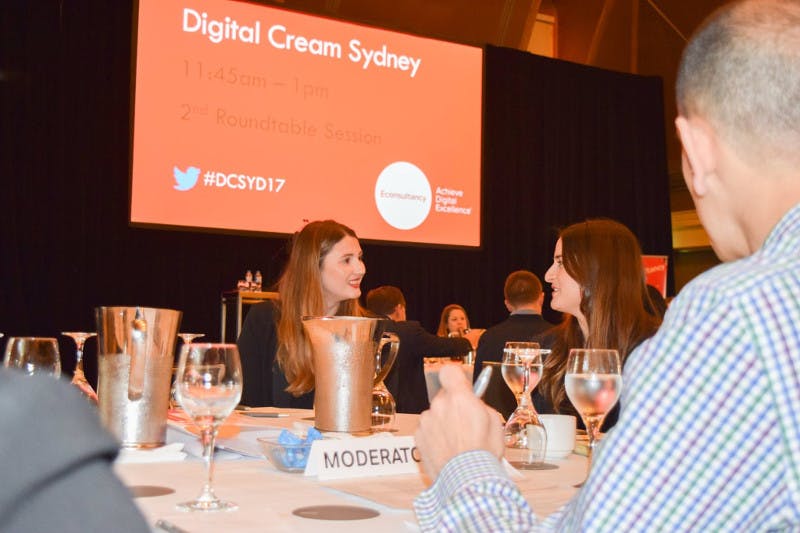 One of the last frontiers of digital marketing is joining up online and offline channels, also known as ‘omnichannel marketing’.