In Shoppercentric’s survey, local or independent retailers scored a rating of 6.5 for prioritising consumers. However, this decreased to 5.9 or less for supermarkets, grocery brands, and clothing retailers.

So, what is causing this lack of trust, and how can brands combat it? Let’s find out, as well as take a look at how a few brands effectively instil customer confidence.

But while this strategy can be effective for increasing sales in the short-term, it can also lead to lower levels of long-term trust. This is largely because shoppers are increasingly wary of promotions that aren’t as good as they sound.

Grocery retailers appear to be most guilty of this – 59% of people say it is the most annoying thing supermarkets do, even being annoying enough to prevent them from wanting to shop there again. However, it also seems that supermarkets are stuck between a rock and a hard place. With the likes of Lidl and Aldi gaining market share – and low pricing strategies appearing to be the driving force behind their success – how can the other big supermarkets compete?

The key seems to be in providing value in ways other than rock-bottom prices. Waitrose – known for being one of the most expensive grocery retailers – does this through its personalised offers feature. Its ‘MyWaitrose’ loyalty program allows members to save up to 20% on the items they buy most often. Not only does this guarantee interest from customers (in comparison to randomly discounted items) but it also promotes the idea that Waitrose treats its customers as individuals – not just an opportunity for mass sales. Elsewhere, Asda aims to instil trust by promising value across the board. Instead of using heavy discounting or flash promotions, its ‘price guarantee’ means that if Asda is not 10% cheaper than Tesco, Sainsbury’s, Morrison’s, or Waitrose on a comparable shop – it will give back the difference.

As well as giving customers a tangible reason not to shop with the competition, this strategy also promotes the idea that the supermarket is to be trusted. Another factor that leads to a lack of consumer trust is (rather obviously) dishonesty. More specifically, when brands display dishonesty during a period of bad publicity, or claiming to be ethical while undertaking unethical practices. In Shoppercentric’s survey, 50% of consumers cited this as reason to abandon a brand or retailer.

There are obvious ways to remedy this, such as reacting to bad publicity or social media crises with a swift, honest, and measured response. However, with 94% of consumers now saying that transparency can impact purchase decisions, brands are also starting to use this to draw in consumers in the first place.

McDonalds famously used transparency to drive its ‘Our food. Your questions’ campaign, where it responded to common concerns about its food and ingredients. By acknowledging that it is often thought of as an unhealthy choice, and responding to this with factual information, the brand was able to raise levels of trust and enhance customer confidence. Customer reviews can also be a great way to instil trust, especially considering 61% of consumers are said to read rating and reviews before making a purchase online.

Transferwise, an online money transfer service, uses reviews to ramp up the company’s honest and reputable image. Interestingly, it also highlights reviews on its website which happen to include negative elements, such as restrictions and slowness of service. Instead of putting customers off, however, this is likely to win trust, as it lets people know exactly what they’re going to get. No false promises here. Of course, it helps that the Transferwise brand itself is based around transparency – its USP is that it is different to the banks that don’t disclose hidden charges – so it uses reassurance to inform the vast majority of its brand copy. Respondents to Shoppercentric’s survey also cited poor customer service as another key consumer irritant, with low trust in retailers who promise good service but do not deliver it.

Again, this perhaps boils down to honesty, as a lot of brands are guilty of promising something they cannot follow through on (with the only real solution being to ensure that they can).

For brands that do aim to deliver but fail due to unforeseen circumstances or a lack of resources, being highly responsive on social media certainly helps. Social media ensures a certain level of accountability, with customers able to communicate with a brand in a very public forum.

Danone brand, Cow & Gate, is one example of a brand that does this. It typically responds to people within an hour on Facebook, replying to both negative and positive comments as well as acting as a source of help and advice for parents. Its high level of consistency is what helps to instil trust, with users knowing that they can reach out and get a response from the brand within a short period of time.

It’s even better when the response is personal or entertaining in some way. There’s been a few instances where brands have mirrored a customer’s slang or wry sense of humour, but this example from Tesco stands out for the time and effort it clearly took to reply.

After a customer left a tongue-in-cheek complaint about the lack of chocolate in its doughnuts, Tesco replied with a similarly humorous response, leading to the post being shared hundreds of times. As well as winning favour with the person who made the complaint, it meant that Tesco’s level of customer service became highly visible to others, leading to a general increase in brand sentiment and trust. 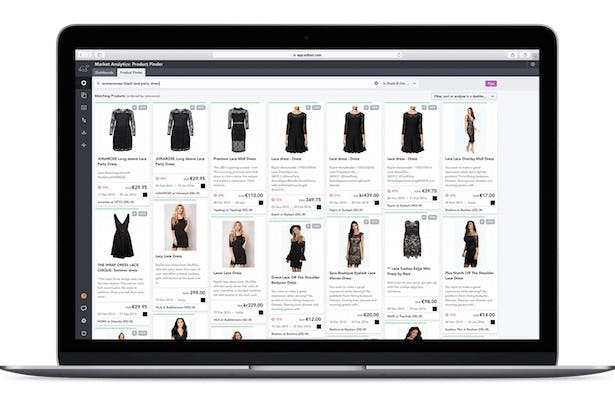 Machine learning is having a big impact on fashion retail.

We recently caught up with senior data scientist Joe Berry at retail tech company Edited and asked him about trends in this area, as well as how the Edited product uses machine learning to help set retail strategy.

But what exactly makes Argos so successful?