Unfortunately, it’s not as simple as kicking up a fuss and sitting back waiting for the sales to roll in. Controversy, by its nature, can be very damaging to a brand, and worst of all, sometimes you can attract it without even meaning to.

Below are four questions marketers should ask themselves in order to avoid such controversy. Each question includes one example of a corresponding marketing campaign which hit ten on the Controversy-Richter scale and caused mass fallout.

So let’s get started, shall we?

When making jokes, the standard rule to follow is to punch up – or in other words pick on someone (or something) larger and more powerful than yourself.

Example campaign: ‘Resist the Wall’ by Cards Against Humanity 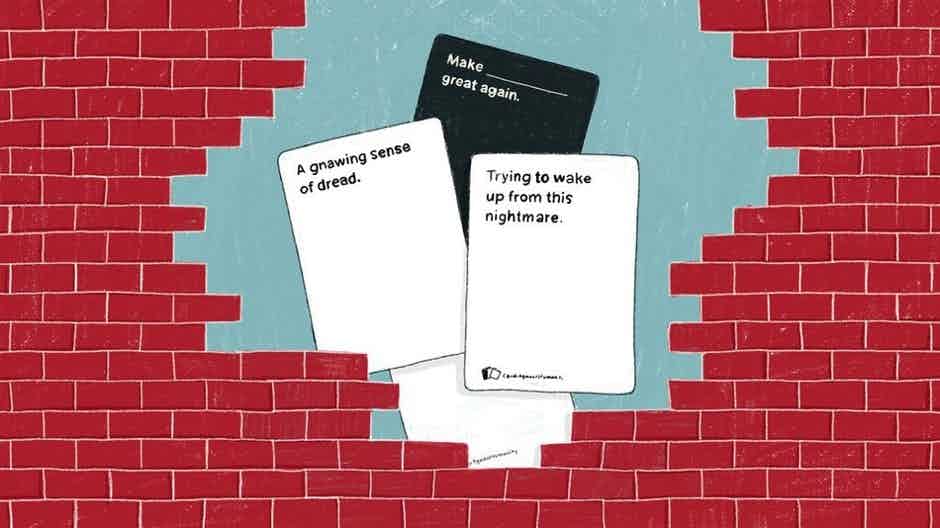 Cards Against Humanity are no strangers to controversy, in fact their entire card game is based on near-the-knuckle humour, purposely designed to make you think, ‘hmm…is that ok?’.

It’s no surprise then, that their marketing efforts are just as outlandish, with their holiday campaign entitled ‘Resist the Wall’ topping the lot.

Taking aim at President Trump’s Mexican border wall idea, the Cards of Humanity planned to purchase land across the American/Mexican border, ‘lawyer up’ and make the subsequent property battle as drawn out and difficult as possible. The company invited its fans to donate $15 in order to join and aid the initiative.

The email to their fans said the following…

Two years ago, we told you that we were never doing another complicated holiday stunt again. But after accidentally seeing CNN on a TV at the airport, we realized our country needed us.

It’s time to suit up for one last mission. Cards Against Humanity is going to save America.

Here’s how it works: You give us $15 right now, and you’ll get six America-saving surprises in the mail during the holidays.

Slots are limited, so if you want to stop Trump’s border wall and save America, smash that button.

They also created this accompanying video…

As you can imagine, this campaign split the political spectrum down the middle. Donald Trump supporters were pretty peeved about the whole thing, while Democrats were happy at the childish inconvenience being placed in the way of the newly elected president.

Here a couple of responses the stunt garnered…

If you already own a copy of the game, feel free to re-gift it to one of your liberal friends. That way, you rid yourself of it and keep one more person from sending money to this anti-American company.

What Would Jack Do:

This is the sort of corporate behaviour which should be rewarded, so if you get a chance, go out and buy Cards Against Humanity. If you’re a fan of inappropriate humour, you’ll find yourself laughing maniacally…which, from where I sit, is seldom ever a bad thing.

The reason the Cards of Humanity piece worked is because the target of its over ambitious campaign was the most powerful man in the world.

Humour which doesn’t punch up but punches down runs the risk of being labelled as bullying. There are of course instances where this can work, professional comedians do this all the time, but ask yourself… are you funnier than a professional comedian? Can you ensure your messaging is taken in the right way?

Is this something you should be running? Is it likely to offend key markets, and is it in line with your brands values?

Example campaign: ‘Elf on the Shelf’ by Poundland 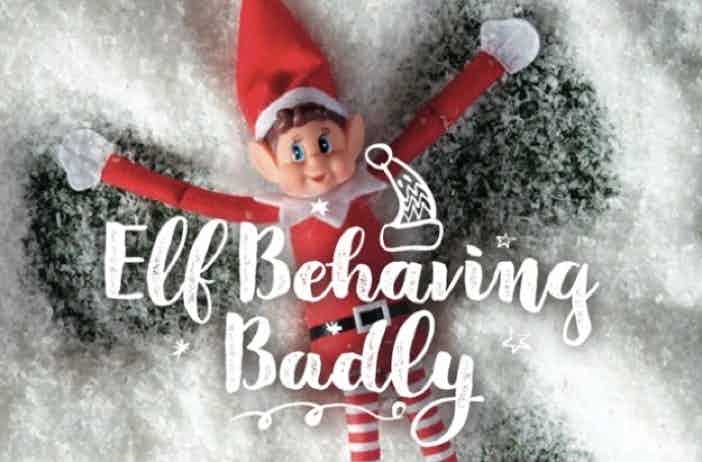 High street mainstay Poundland decided to subvert the festive frivolity of the Elf on a Shelf Christmas tradition by placing one of Santa’s little helpers in a series of compromising positions.

They posted the images alongside some pretty awful puns on their social media feeds before sitting back and watching all kinds of chaos run wild in reaction to the ethical standards of modern society being well and truly breached.

Not the most complicated of ideas, but in terms of noise, it certainly surpassed its targets.

It’s safe to say the overwhelming reaction to the social media campaign was negative.

The Advertising Standards Authority (ASA) received 85 complaints about the campaign and it recently ruled that the ads are ‘offensive and should not be posted again’.

Despite this sentiment, Poundland’s marketing manager Mark Pym issued a statement which was far from apologetic, instead calling the campaign a success…

The love on Facebook has been overwhelming, and that’s because it connects with our shoppers.

We’re proud of a campaign that’s only cost £25.53 and is being touted as the winning marketing campaign this Christmas!

Whilst Mr Pym may not think so, several others did take issue with the ads. Here are a few examples…

How to lower the tone of children’s toys Poundland. Especially in today’s climate of many types of abuse of women and girls.

Jeez! Not a good look Poundland

It’s important to state that there is a difference between being controversial, and being outright offensive. A cheeky double entendre or perhaps a clever turn of phrase is one thing, but blatant post watershed material is another.

Consider the political climate, consider what other campaigns are running and consider what your pre-existing brand messaging. Is this something you should be running? Is it likely to offend key markets, and is it in line with your brands values?

3. Could my message be misconstrued?

Make sure you have a consistent voice running through each piece of content, and that it can’t be interpreted in a negative fashion… unless that is the point! 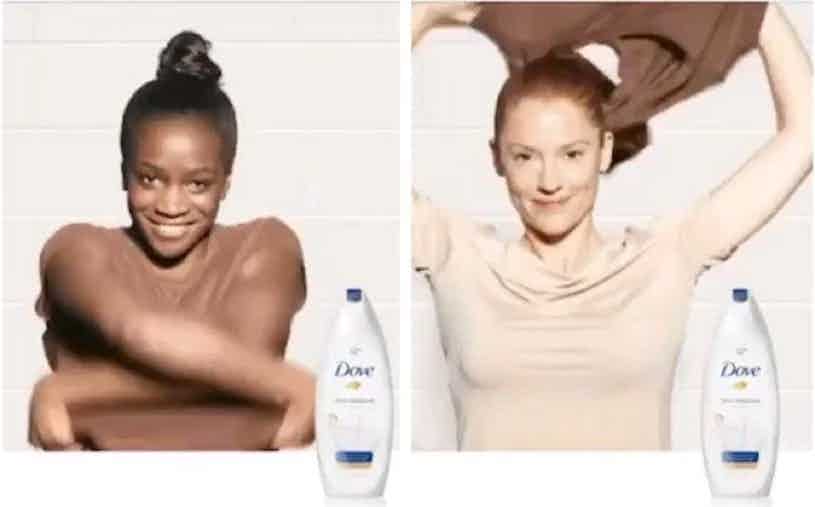 As I mentioned in the introduction to this post, not all campaigns set out to be controversial. Some campaigns find themselves labelled problematic because of pure carelessness on the brand’s behalf.

Dove fell victim to this recently, with part of the latest instalment of their long running ‘Real Beauty’ campaign seemingly portraying a worryingly racist image of a black woman stripping down to reveal a white woman underneath. The connotations seemingly being that white is ‘real beauty’.

Of course, this wasn’t the intended message. The full ad spot contained a variety of women from different backgrounds who would all transition into one another, the overarching message being, ‘to use our differences to highlight the fact that all skin deserves gentleness’.

Unfortunately, out of context this message was lost and the resulting screenshots turned this campaign into a PR disaster for Dove and Unilever, not helped by the fact that they had been embroiled in a similar controversy only a few years earlier.

Unsurprisingly this advert went down like a lead balloon. The hashtag #boycottdove was trending on Twitter, and Dove were labelled as a racist brand by many across social media. Not exactly what the skincare brand were after…

Are you serious @Dove!! Is Black suppose to be Dirty and White clean??? All I ever buy…not any more. #BoycottDove #racism

In response, Dove didn’t even try to defend the advert, believing that an outright apology was the best course of action, sending out the following message.

As a part of a campaign for Dove Body Wash, a 3-second video clip was posted to the U.S. Facebook page. This did not represent the diversity of real beauty which is something Dove is passionate about and is core to our beliefs, and it should not have happened. We have removed the post and have not published any other related content. We apologize deeply and sincerely for the offense that it has caused and do not condone any activity or imagery that insults any audience.

Dove’s nightmare once again highlights the dangerous environment marketers occupy in the digital age, where an army of disgruntled consumers can quickly jump on an unforced error and cause an uproar that no brand can control.

A campaign is only as strong as the sum of its parts. One error can lead to a campaign’s message being labelled as derogatory or insensitive. When organising a campaign, you must ensure that every aspect, whether it be social media posts or accompanying video, is reviewed to ensure the messaging of each one is clear.

If one aspect goes awry it can really taint the experience of the other content and can even ruin the campaign as a whole. Make sure you have a consistent voice running through each piece of content, and that it can’t be interpreted in a negative fashion… unless that is the point!

4. What does my brand add to this subject?

Should your brand be commenting on these issues? If you’re going to wade in to hard hitting topics, make sure you know what you’re talking about. 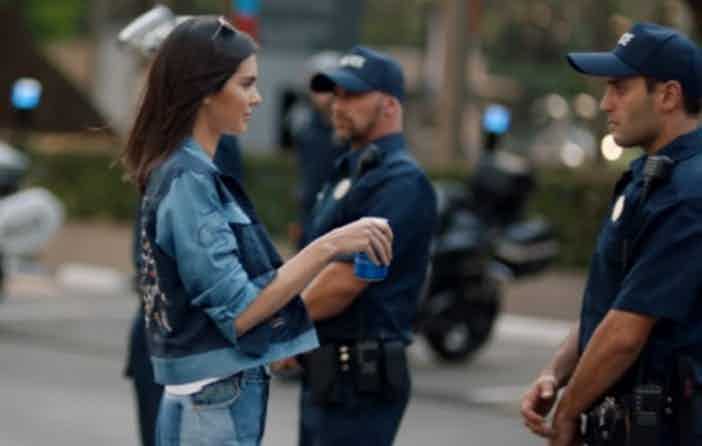 Sometimes brands try to appear they are socially conscious by trying to interact with the big issues of the day. Pepsi decided to take a step into the current affairs arena and deliver what was meant to be a powerful take on the tensions between the Black Lives Matter movement and the police.

To do this, the soft drinks brand recruited reality TV star Kendall Jenner. The advert recreated a stand-off between protestors and police, Kendall Jenner walked through the scene and cooled tensions between the two groups by handing a can of Pepsi to the police.

People didn’t take too kindly to being told the serious issue of race and police violence could be solved by sharing a soft drink. Even the daughter of civil rights leader Martin Luther King had a few choice words about the advert.

If only Daddy would have known about the power of #Pepsi. pic.twitter.com/FA6JPrY72V

Social media went into overdrive with Pepsi generating a massive 1.25 million mentions on Twitter, Facebook and Instagram on the Wednesday (April 5) after the campaign launched, with the majority of mentions having a negative sentiment.

The advert was immediately dropped and the company issued an apology for ‘missing the mark’.

You could argue that these kind of brands have every right to comment on these issues. However, these topics are too easy to paint in a simple 2D fashion, with the audience reacting very poorly to the condescending tone of the Kendall Jenner advert.

If you’re going to wade in to hard hitting topics, make sure you know what you’re talking about. 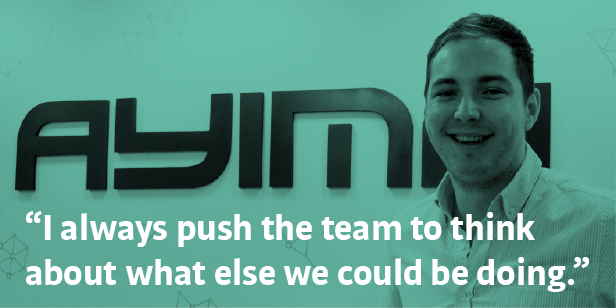 Here’s Hyde to tell us more… 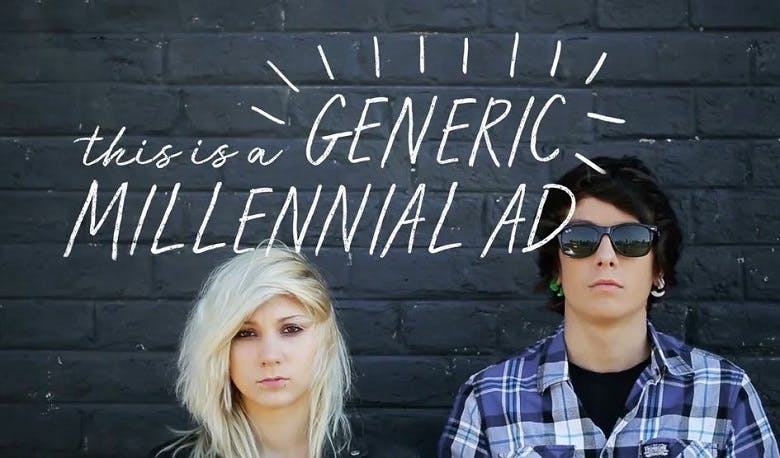 The joke was not well-received. In fact, the campaign was labelled as lazy and poorly executed, even serving to exemplify the issue of sexism in marketing rather than expose it.