I recently made a fuss about a mobile advertising experience I had with CNN Money.

My gripe was about UX but also about the poor quality of content discovery networks.

So, I thought I would experiment in visiting some of the clickbait on these networks. Here we go…

CNN Money has plenty of featured content bordering its article pages. Much of it (higher up) is CNN’s own content (most shared, most popular videos etc), which is also often powered by content discovery platforms.

Right at the bottom we find the paid content, provided by Outbrain. The article I was reading here, FYI, was a daily stock market analysis. There are a few obvious incongruities in the promoted articles at first glance. There are two very similarly titled articles from The Motley Fool, which also use the same picture.

There’s also a picture of David Cameron above an article about life insurance. Why? I don’t know.

A strange mistake or an algorithm that understands photos of famous people generate more clicks?

‘5 stocks for building wealth after 50’ So, ‘5 Stocks for Building Wealth After 50’ – you’d expect the article to provide some information with such a specific title, right?

Well, it’s actually just a long piece trying to convince me to sign up for Tom Gardner’s StockAdvisor emails.

There are no stocks tipped, merely the promise of such tips if I sign up.

Granted, the article is well targeted, given the page I was on, but the headline is misleading. And the continual ‘get started’ calls to action within the content (see below) are sub-optimal to say the least. I believe in press freedom but I also agree with Monica Lewinsky’s description of a click as a moral act.

So, it somewhat pained me to click through to the next article – photos of Melania Trump that Donald apparently wishes we’d forget.

Why this content was suggested, I’m not entirely sure, though I believe content discovery networks do often promote light-hearted content as a palate cleanser (and charge less for it). The site, timetobreak.com did not offer great UX.

I’ve experienced worse, but the site uses the obligatory pagination (15 pages to view 15 photos) with plenty of display advertising on each page (see below), sometimes obscuring the content. Sadly, I think the user expects experiences like this when they click on something a little bit tawdry, it’s simply how the web works.

There was one crappy UX feature I had never seen before – every two or three clicks on this site I got a full-screen lightbox (see below) completely obscuring the Trump article and encouraging me to ‘as you go, check out more’.

Presumably it wanted me to open more clickbait in new tabs. I’ve no doubt this increases pages per visit and that’s why it has been implemented, but having to click to kill these layovers was annoying.

I’ll spare you analysis of this advertorial for franking machines, circled below (which then linked to bestfrankingprices.com.), mainly because I lost the advertorial page and then found it wasn’t indexed in search.

I’m not sure what the point is here – it’s not going to deliver search benefit.

Yes, it is direct response, but seemingly not targeted (outside of a broadly professional CNN Money readership). ‘Where the world’s billionaires live’

What are the chances I have a spare million knocking around? Well, low, as it happens – but I was looking at articles about stocks, so it’s reasonable that Outbrain’s algorithm thinks I might be interested in property.

The site offered a reasonably good UX, too.

Let’s look at an example from Taboola now, providing content for USA Today.

This time the article was a Game of Thrones episode recap – something entirely different from the previous CNN example. ‘The world was not ready for her barefaced selfie’

Look at the Katie Perry picture and headline above – it’s a classic example of clickbait.

What’s weird is that the article it links to doesn’t include Katie Perry. The headline also gives the impression the article will include Femail-style shaming, but it doesn’t (thankfully), rather it compliments celebs on no-makeup looks.

Whilst the article (pictured below) could still be said to be objectifying women (do we assume women need makeup to look good?), the point here is that the constant optimisation of headlines for clickthrough rate leads to absurd headlines that compromise the content and the website that advertises it.

On a practical note, Style Bistro, the advertiser, is another website full of advertising, with lots of pagination (over 80 pages to this article) and feels like a publisher taking advantage of low CPM from Taboola to drive its own ad revenue. Two of the recommended ‘content’ pieces were retargeted products from ecommerce websites.

This strikes me as a fine use for this section – granted it’s not ‘further reading’ (the section doesn’t claim to be) but I did recognise it as relevant – and I’m still weighing up whether I can pull off mint-coloured New Balance.

The Jetcost article isn’t retargeting, but does take me straight to a booking engine. Another simple use of these paid spots, though certainly not content. ‘Time to say goodbye to your old razor?’

This article is solid content designed to encourage sign-ups to a subscription razor company, Shavekit.

My only gripe with the UX is that it’s not immediately clear (from the preview or from the content itself) that the product is a subscription service.

Again, no doubt the headlines are being optimised but something along the lines of ‘Tired of forgetting to buy razors?’ would be more instructive.

I should add that the article in question refers to men, so perhaps I’ve been profiled as male? More profiling/targeting here, as Taboola understands I am a Manchester resident. The headline employs hyperbole – I certainly haven’t heard anything about this product among the chattering classes here in the North West.

But when we click through to the article, again the headlines do not match. What I find is a piece of noddy content about why life insurance is a good thing, then a call to action to start a quote.

Yes, this is direct response, the sort of thing that content discovery networks can be effective at, but the quality is poor. The ads within the ads

These ads are subject to regulation by the Advertising Standards Authority in the UK and it’s the job of the content network to comply.

That means publishers let them walk a fine line, with consequences for the integrity of these websites.

Some of the more clickbaity stuff, like the article featuring Melania Trump or the barefaced celebrities, has no element of brand advertising or direct response - it’s cheap to buy and is essentially a Russian doll of advertising, where a site buys views, in order to meet its own impression targets for its own ads.

Do publishers have enough control?

Sure, publishers need this revenue to help them survive, but that doesn’t mean such poor content should make it on to their sites.

We are in a post-capitalist world where Joe Public feels invested in the companies and publishers they interact with.

That means all organisations are acting with greater responsibility, and greater consequences if they undermine their own values.

A lot of paid content is relevant, but as long as the scale of impressions makes it hard to vet campaigns manually, bad images and weirdly misleading headlines will make it through.

However, the retargeting through Taboola provided a more relevant experience and one I can see advertisers getting value from in conjunction with display (for the time being).

No doubt Outbrain provides this service also – perhaps I caught CNN at a bad time.

On the whole, I don’t want to give the impression that I dislike content networks, I think their UX is great, a whole lot better than display advertising – it’s just the content that can frustrate.

Ultimately, it’s difficult for any adtech to win the arms race with unscrupulous advertisers.

Even if 95% of crap content is cut out, the next page load might serve me something that makes me groan. But I suppose this can happen with wholly native content, too – we can’t approve of everything we read.

For more on content discovery networks, check out the following articles: 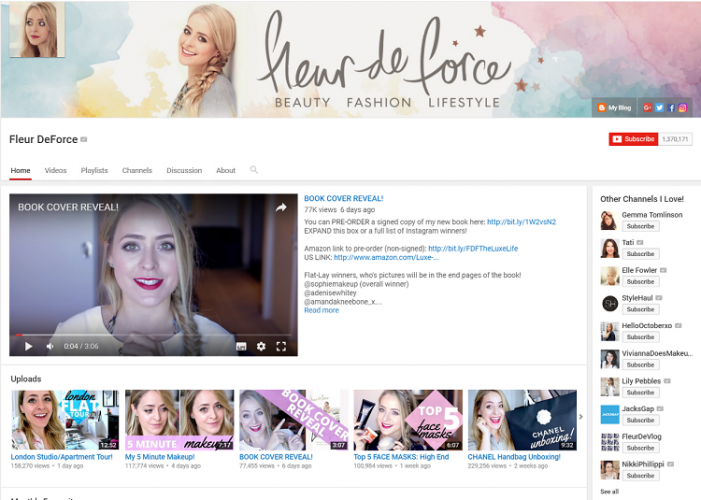 If you’re someone who is short on time or inspiration, recipe boxes are the latest service intent on revolutionising your life.

With the news that Amazon is about to launch its very own recipe delivery service in partnership with Tyson Foods, it seems there are more to choose from than ever.