While it’s certainly a positive for charities – does the trend have a shelf life? What’s more, how do charities ensure their message is delivered in the face of increasing competition?

Here’s a look at why it’s been such an effective marketing tool so far, and a bit of insight into how it might evolve in future.

Anyone can get involved

Sponsored abstinence events have mass appeal mainly because anyone and everyone can get involved without much effort required. Of course, giving up something is an effort, but the fact that it’s a passive activity – far removed from something like a skydive – means that people are more likely to sign up.

It’s been suggested that a lot of people participate in these events simply for the enjoyment of posting about it on social media.

While the charitable humble brag is a well-known phenomenon, this is a particularly cynical view. But with social media reinforcement being linked to a rise in dopamine levels – this addictive cycle is still likely to be a contributing factor.

Alongside validation from peers, the opportunity to undertake a personal challenge is also part of the abstinence appeal. In fact, many people now participate in events like Dry January even without a fundraising element, proving that charities often (ironically) capitalise on personal interest and gain.

While Movember is not an abstinence event, it still uses the typical tactic of a one-month time frame. This can be highly effective, as people are much more likely to agree to a certain behaviour for a limited time period rather than an open-ended amount.

Encouragingly, it’s also been suggested that people who give up something for 28 days or more are likely to stop in the long term.

This year’s Dry January was marred by suggestions that giving up alcohol for a month could do more harm than good. Specifically, it was suggested that abstinence events can lead to dangerous bingeing at the end of the month as people ‘celebrate’ its culmination.

Meanwhile, despite the increase in popularity, it appears the charitable element (and core message) could be getting lost amid the social media noise. With three charities running alcohol abstinence events, competing for public attention has become a big challenge – especially considering the somewhat conflicting messages of each.

Cancer Research runs a typically light-hearted campaign, focusing on the act of fundraising rather than the core message behind it. Clearly a successful tactic, it has raised an impressive £17m since launching in 2013. In contrast, Alcohol Concern hammers home the importance of changing the core behaviour, with raising money an almost secondary factor. This has proved a problem, which has subsequently led to the charity changing its marketing approach.

Aiming to dispel the notion that it is being preachy or condescending, it is now placing greater focus on fundraising. In 2016, it announced that it would be partnering with Virgin Money Giving to allow participants to raise money for both Alcohol Concern and a separate charity. With one in six people reportedly taking part in the event regardless of a charity link, this aimed to provide further incentive and encourage sign ups to Alcohol Concern specifically.

Ultimately then, the success of these events appears to be more related to raising awareness – be it either of the charity itself, or to a lesser extent, a health-related issue such as smoking – rather than raising money.

In turn, perhaps whether or not people do raise money in the process relies on the strength (and persuasive techniques) of marketing campaigns.

Here are a few further examples and reasons why they’re effective.

BHF raised nearly £800,000 during its first-ever ‘de-chox’ – an event that encourages giving up chocolate for March. This year, it is hoping to raise even more by focusing on the workplace.

Building on ‘cake culture’ and the statistic that 55% of people will eat chocolate at work if it is within eyesight, the charity uses relatable messaging to encourage participation, as well as the notion that ‘we’re all in it together’.

Unlike health-related charities, Veganuary capitalises on multiple incentives to promote its meat and dairy-free month. While it champions animal welfare, it likely appeals to people who are concerned about environmental issues – plus those who are drawn into celebrity trends related to food and wellness.

Social media plays a huge part of Veganuary’s marketing, with the charity capitalising on food inspiration to engage users. Unlike charities that promote health-related causes, e.g. smoking or drinking, Febfast uses the abstinence angle purely as a marketing tool.

It also opens up the notion to encourage participants to give up anything they like. Whether it’s fast food or being late – its inclusive nature means there’s no reason not to get involved. Its phrasing is also quite original, urging people to ‘hit pause’ on something rather than give it up. Deliberately avoiding any danger of sounding preachy or overly-serious, it focuses on the positive results, in both the personal and charitable sense. 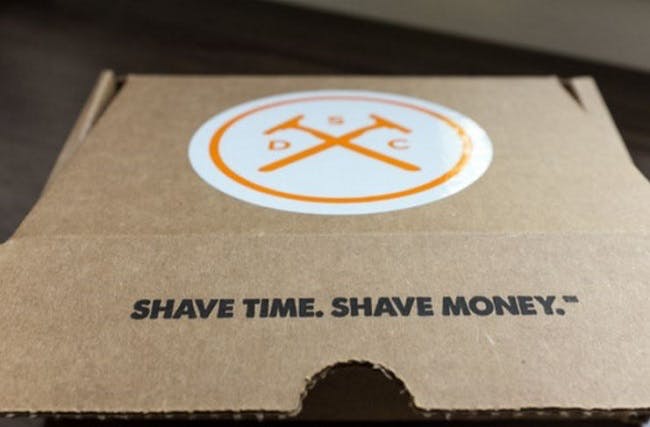 Rimmel is known for its famous tagline, “get the London look”.

However, as part of a recent re-positioning, it is now encouraging consumers to “live the London look” instead.