Speaking at the Festival of Marketing, editor-in-chief Farrah Storr and commercial strategy director Georgina Holt, explained how the brand has turned around its fortunes in a short space of time.

Here’s a summary of what they said:

When Farrah joined as editor-in-chief in the summer of 2015, her first task was to determine how and where the magazine was going wrong.

It was obvious that print was in decline, but the main problem seemed to be the sheer amount of competitors in the market, and increasing difficulty in grabbing the attention of the target audience.

While Glamour or Marie Claire might be Cosmopolitan’s most obvious competitors, in today’s digitally-driven and content saturated world it is also the likes of YouTube, Net-A-Porter and even Bitmoji.

Farrah explained how, essentially, a rival is anything that millennial eyes might otherwise be drawn to.

As a result, it was clear that the brand needed a new strategy – one that focused on innovation around the core product of the magazine.

Rule 1: Look in the mirror

The first action Cosmopolitan undertook was to ‘slay the sacred cows’.

So, it was out with the old, and back to re-discovering what current consumers actually care about.

Farrah explained that this new direction also meant losing some of the old editorial team.

However, in the face of continued decline, change was the only way forward.

With the realisation that Cosmopolitan needed to shake off its old stereotypical hallmarks, it also reassessed how it was distributing content.

Before, the assumption was that millennials would be willing to spend up to £4 on a glossy magazine or that a free gift would drive sales.

This relied on consumers seeking out Cosmopolitan in traditional ways like newsagents and supermarket shelves.

However, with content consumption changing, it was apparent that the magazine needed to do more to engage new and loyal consumers elsewhere.

As well as making changes to its distribution model – such as reducing the price to £1 and its reliance on gifting – it also focused on a ‘pop up’ approach.

This meant working with retail partners to curate ‘Cosmo’ experiences in locations like Westfield and the Trafford Centre.

One example of this is the #RimmelKate15 campaign, which allowed consumers to enjoy a free makeover along with complimentary copy of Cosmo.

This served to add value for loyal consumers as well as get the brand into millennial’s hands.

Alongside this, Farrah highlighted the brand’s other attempts to engage and excite its audience, in the places where they live.

Last year, it joined Snapchat Discover, and has since seen great success on the platform.

While it might not own the audience there, by taking the time and effort to invest in creating unique and quality content, it has connected with an entirely new audience, and in turn, has been able to convert them into loyal readers of the magazine.

Rule 3: You are way more than you think you are

The talk finished on how it is important to think of a brand as an eco-system.

As well as the areas of print and digital, Cosmopolitan has started to place more focus on events, as well as its commercial partnerships.

By monetising often neglected parts of its print magazine and launching pop-up channels on its website, like the Estee Lauder sponsored ‘Edit’, it has been able to find value in new areas.

Lastly, Cosmopolitan has also started to think about how it can extend its impact and actually make a difference in the lives of its readers.

In finding out more about young women who read its magazine, it recently discovered the fact that many are turning down first time job offers in London due to unaffordable rent prices.

As a result, it is soon to launch a new sponsored campaign, where it hopes to set up 20 apartments across London in order to provide opportunities for its readers.

Great to hear how #engaged @CosmopolitanUK @Cosmopolitan have been in order to get in touch with #millenials Definitely #inspired #FOM16 pic.twitter.com/bza7Ejzdcj

The brand’s efforts to reach out and engage with its audience has certainly paid off.

With sales of the magazine up 60% year-on-year this January to July, Cosmopolitan is once again the number one women’s magazine in the UK. 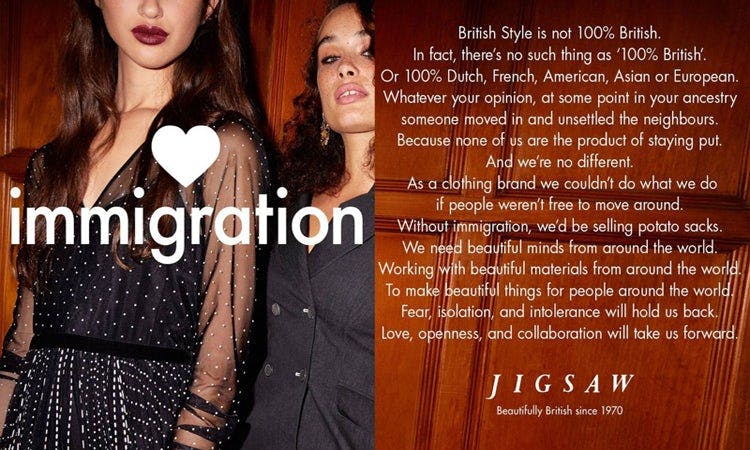