Although Disney has been enjoying a cultural and critical reappraisal for some time now, this year has seen a huge surge in its regard.

Frozen’s win in the Best Animated Feature category at the 2014 Oscars is surprisingly the first time the studio has ever won the award in its 13 year history. The critically well-received film is also about to overtake Toy Story 3 as the world’s highest grossing animated film ever. Things are looking up for the 91 year-old company.

In terms of its online presence, according to data collected by Starcount, Disney was the second most popular brand in social media. The top spot was taken by Samsung, which I’ve already discussed in how Samsung owns social video.

So how does Disney use its social channels to interact with its legions of loyal mousketeers? Is it merely through brand awareness, or is there more of a strategy than that?

Disney regularly features in my best branded Vines monthly round-up and there are many reasons why.

The best brand Vines are deliberately lo-fi, because there is no point in spending a lot of money on something that’s only six seconds long. This encourages a huge amount of inventiveness, humour and charm, even from the largest of corporate brands.

The above Vine was used to promote its Vine only competition ‘Vine your Disney side’, where Disney would award the best effort from one of its followers with $10,000. It’s a massive commitment to the fledgling network and shows Disney’s confidence in it.

The true win for Disney was its almost daily commitment in revinig its followers entries.

Each one of the revines attracted thousands of further revines and likes. This is a great way to build a community and raise brand perception.

Even after the competition closed, Disney is still revining its followers’ videos.

If there’s one thing we’ve learnt over the last few years about brand success on social media, it’s the importance of having a good content marketing strategy.

And what does Disney have 91 years’ worth of? Good content.

It’s a delicate balance for Disney to get right on YouTube. As a business you don’t necessarily want to give away your best content for free. After all with its policy of only keeping a certain number of films in circulation on home media at any given time, Disney are the kings of scarcity marketing.

Then again, you also want to provide a channel that is endlessly entertaining, that captures imagination, that satisfyingly teases the paid-for content without seeming like you’re providing nothing of value, provokes engagement and ultimately attract subscribers.

How does Disney succeed in this? By creating exclusive original content for the channel.

Here Disney taps into one of the richest seams of YouTube popularity. The how-to beauty guides.

This series of home-made videos created by YouTube’s most popular DIY beauty experts for Disney, tie in with latest Disney releases and are also just as helpful and informative as other guides out there.

There’s also this series for young children, in partnership with Rosetta Stone, that teaches kids about the importance of learning foreign languages.

Plus there are masses of film trailers, music videos and mini-documentaries on the parks, all categorised within different channels or playlists, so it’s an easy place to navigate and take a great deal of value from.

Disney runs an excellent Pinterest page. Fully stocked with pins throughout a variety of boards. It’s important to mix up the types of boards you host on Pinterest to keep your page visually interesting and help improve your brand’s reach. The best brands on Pinterest offer a mixture of visual splendour, informative how-to-guides, behind-the-scenes photos, vintage treats from the past, sneak peeks of the future. Anything that separates your brand identity from the competition will help.

Of course Disney has a Disney Princesses board, after all its what the company was built on, and it’s absolutely stuffed with pins from across the Magic Kingdom.

The Disney Holidays board is regularly updated with relevant pins based on the time of year, each one revealing a how-to guide on making a decoration or gift for the season.

This is a slightly odd choice though…

One of the major success stories within Pinterest is how incredibly well recipes do with its core demographic. Is it slightly cynical of me to think that Disney is taking advantage of this with a recipe board that has little to do with its own brand?

Then again, the most effective and warmly received brands on Pinterest are the ones that repin images from outside of their own profile, and this is exactly what Disney are doing here. The Disney Delicious board is very popular though, with 67,328 followers, so it’s obviously working.

For more information, here’s a guide to how small businesses can make the most of Pinterest.

Retro treats through the lens of the Instagram filter. Cute moments captured from around the park And the odd cheeky but necessary merchandise snap. The only failing in Disney’s social media strategy is here, within its more direct one-to-one channels. Although each channel provides great and regular content, each one is used identically to the other.

There is no reason why you would follow them all, therefore splitting your possible audience between all three. It becomes very tiresome receiving the same broadcast message from the same brand across multiple channels and it results in negative feelings towards a brand and a swift unfollow.

There is also very little engagement with the large communities that Disney has created on each channel.

Marvel does an excellent job in tailoring its brand voice and content on a channel by channel basis. Disney owns Marvel. It’s a lesson that the parent company could certainly learn from its newly adopted business. 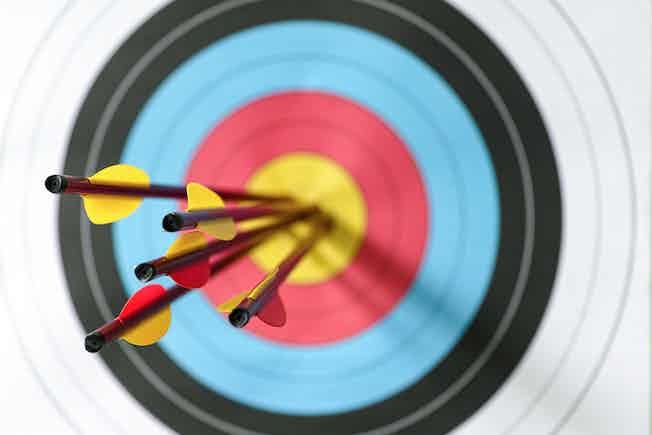