I tested fifteen retailers, not all based in the United States but with a large presence nonetheless, on both the user friendliness of signing up and the actual email content.

As of two hours since completing the last sign up, only three brands (Rue La La, Macy’s Inc, and American Apparel) have sent me an initial welcome email.

In the rest of this article I’ll take a closer look at the sign up process, with a content review later in the week.

A pop-up with dimmed lighting behind it draws focus to the advertisement and invites the user to enter their email, name or gender.

It entices you in with the promise of ‘valuable promotions’ and first look pieces that will be delivered to the inbox to ‘transform your dull day’.

None of the three promise to only use your email to provide, solely a newsletter, and none mention a possibility of third party use.

Rue La La is all about ‘Members Only Prices’ and by signing up for a newsletter, you are also automatically signed up for a free membership.

Doubling up on creating both a membership and a newsletter simplifies the process, where other sites such as Nordstrom offer the ability to sign up separately for a newsletter.

However Rue La La does not make it clear until after you’ve entered your details that you are signing up for a membership.

American Apparel and Nordstrom both offer the ability to enter details before signing up to a newsletter, so email messages will be customised based on gender, product preference and location. This means both brands can improve their sales and marketing messages with personalised offers. So for example, Samuel in Alaska might need male snow-boots in December, while Samantha in Arizona might need denim shorts for July.

However, there is a balance to find between gleaning useful information from email subscribers and deterring them by asking for too much.

Both Armani and BeBe are great examples of how to create an effective post sign up page.

While some simply refreshed back to the homepage, and others offered you a chance to look at ‘Other Content’, BeBe and A/X Armani Exchange provided a ‘Thank You’ and ‘You’re On The List!’ to assure users that the email sign up went through.

BeBe even went the extra mile to assure me that I’m ‘Gorgeous’. The majority of the sites I went to made the user search or go to a specific page in order to sign up for email alerts.

This connotes that a person who signed up did so not because the site persuaded them to, but because they are already interested in the brand – so it is surely a good idea to give them the courtesy of confirming their details went through securely.

Macy’s, Calvin Klein, Gap, and Guess Jeans did not put in any effort, or even take an interest, in encouraging users to sign up for a daily reminder of their existence.

Instead they decided to put a small link in the corner of the homepage that takes users to a pop up or second page to enter details.

Only Macy’s has sent me a welcome email so far that was quite mediocre. I don’t have much hope for the other brands as they haven’t put much thought into even getting people to sign up.

If you’re looking for a top-notch example of what not to do… use Abercrombie.

From the size eight font placed between a look-book advertisement and a promotion for Abercrombie’s other brands, it’s clear that gaining email sign ups from the homepage isn’t really a priority.

A quick scan of the policy attached to the sign up form shows that Abercrombie ‘may’ email you links to other sites, and takes no responsibility for the affects from those sites on your computer.

Abercrombie is also another brand that failed to send me a welcome email. 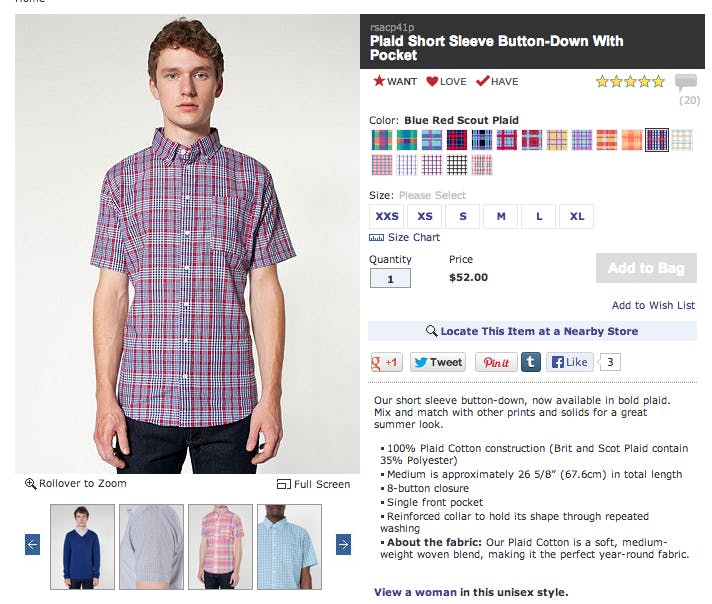