To find out more about how companies should approach a product launch in China, I spoke to Ryan O’Donnell from Fonterra.

O’Donnell headed up the Chinese launch of the Anchor dairy brand, from market and consumer insight development through to communication plan and execution.

By the time he left China in June 2014 Fonterra had grabbed around 5% marketshare in the premium milk category and in its addressable market.

Here’s an insight into the company’s strategy…

What market research did you do before launching? How did you identify a gap in the market?

We had an on-going assumption that the market was growing and that there was an increasing demand among Chinese consumers for premium milk from Europe.

This was driven by different factors such as increased income and distrust of local supply chains.

The baby milk scandal is obviously a notorious example of this, but supply chain issues are a common problem in China.

We have a strong and tightly controlled supply chain, so being able to translate that into a premium proposition was something we took advantage of.

Another factor was a government push for drinking milk. The previous Chinese Premier said he had a dream to supply Chinese people with sufficient milk everyday. Urbanisation also helped drive that desire for imported consumer goods and nutrition. China is seeing a population shift to cities which is driving high growth in the consumer class.

To validate our assumptions we did full market sizing research, this investigated how liquid milk was becoming more premiumised, looked at price segments, and identified key players in market.

Two companies – Mengniu and Yili – control around 80% of volume and 84% of value share in the premium milk market. They have six brands between them and very robust distribution channels.

Our research also allowed us to understand our target consumer – mothers. They are the purchaser of nutrition for the family.

This was overlaid with the filter of perceptions towards New Zealand milk and the country as a brand.

We then got into that next layer looking at path to purchase as a consumer, media habits, and grocery buying habits, which required full quantitative and qualitative research.

All of this then enabled us to begin developing our marketing concepts.

How long did this research phase take?

We did three months of hardcore research before touching anything, then three to six months of concept development and testing.

The market evolved so fast you have to be constantly testing concepts and touchpoints.

When I first arrived in China I think grocery ecommerce was 0.5% of the market and when I left it was 2%.

How did you come up with the campaign strategy? In-house or with agencies?

We used the local offices of our global partners.

All that research meant we had a very clear idea about where the right space and proposition was from a rational and emotional view.

We were hands on because of our confidence but there are certain components that you need to stand back from. We gave our partners a very strong brief, then creatively they had a lot of leeway. That was put back into research again to make sure it stood up.

As a good brand manager you have to give your agency the best brief you can to empower them to create the best campaign.

How much did you have to rely on local agencies? And, how did you decide which agencies to work with?

For comms we had existing agencies with strong networks and talent, and for execution we had local agencies for things like Weibo and WeChat.

We found those through recommendations from people in Shanghai and from our previous work and pitching processes.

As much as we want to consolidate our partners for consistency, in Shanghai you need experts who know how Chinese consumers use things like mobile and social.

Did you launch in the entire country or just key cities/regions? Why, and how did you decide where to focus?

It was a pilot launch focused on the Yangtze River delta. This broadly takes in the area around Shanghai and includes about 150m people.

So it’s a test market that’s as big as Western Europe.

In reality, although it’s called a test it’s really a launch as it’s very hard to find pan-China distribution, and our head office is in Shanghai so it made sense from a distribution and demographic point of view.

Shanghai is highly urbanised and has the highest density of hypermarkets and supermarkets, which is aligned with our product strategy.

Can you tell me about your experiences with Tmall? How did you first get a Tmall store setup?

Because our brand is unknown we had to build trust, which is very important in China.

A flagship Tmall store is the first port of call. It enabled us to tell the brand story and is seen as the premium option for consumers outside of Taobao and JD.com. We worked with a local shopfront management company who supply an end-to-end solution including payment and fulfilment.

They also managed customer service on Tmall and tactical marketing.

Did you have any reservations about handing over so much control?

No, it’s an accepted thing to do. Most international brands on Tmall will be using a Tmall provider.

You need to set clear rules and responsibilities, laying out what is and isn’t to be done.

Outside of that there has to be a way to escalate issues so they can be dealt with quickly.

How has your Tmall store changed over time? Do you do user testing on it?

The layout of the Tmall flagship has changed to be inline with how Chinese consumers browse the internet.

We’ve taken lessons about what information the consumer wants to see at that first glance to make sure we are minimising dropouts, understanding why people abandon where they do, what metric of consumer time is being spent on the brand page, etc.

This enables us to optimise on an on-going basis.

What was the most surprising thing about launching the brand in China?

This comes back to our experience with Tmall.

Singles Day (11/11) took place three months after we launched and we were the biggest selling brand in our category on that day.

The power of having a strategic relationship with the seller (i.e. Tmall) gave us the ability to be involved in promotional activity and increase our share of traffic.

I think what surprised me is the power of traffic – there’s so much going through e-tailers and ecommerce currently that you need to have a strong strategy to deal with that. The sheer size of the numbers can be overwhelming, which obviously has repercussions on fulfilment and your ability to manage expectations.

Linked to that is the growth of grocery shopping online in China and the fact that more consumers are urbanised and choosing to have groceries delivered.

I was surprised at how advanced they are in groceries and FMCGs.

Thirdly, the evolution of marketing innovation and the rise of WeChat has been astounding.

Tencent has been able to convert an instant messaging service into a fully-fledged purchasing platform and it will likely develop into a strong ecommerce platform as well.

China’s leading marketing platforms and social platforms are just so innovative and willing to change and evolve that things barely look the same month-to-month.

They are constantly adapting to what people want.

It’s great that platforms are in tune with how consumers are engaging with them, but brands need to stay on the pulse and relate to customers on their own terms.

WeChat isn’t in groceries yet, but doesn’t mean it’s not just around the corner.

Econsultancy and IBM are hosting a series of free roundtables in June focusing on Behavioural Marketing in South-East Asia. Follow these links to apply for a place: 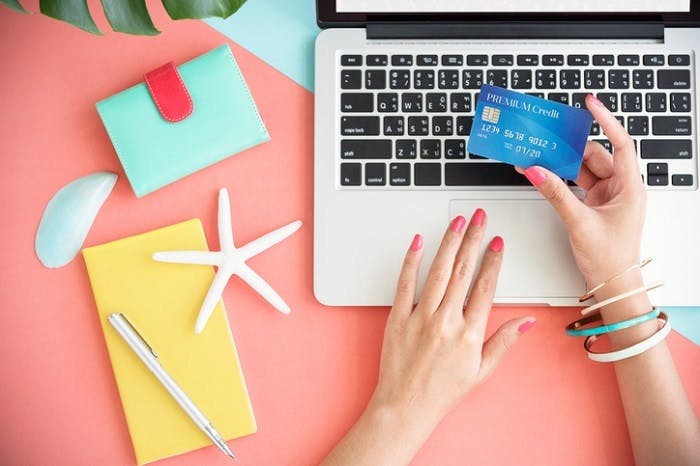 When retailers increase their prices, they run the risk of losing customers. But it doesn’t have to be that way.

Online mortgage applications are unnecessarily difficult for users, thanks to the sheer pain of completing forms.

Problems included the use of technical language in forms, needless questions, while serious usability issues prevented many testers from completing applications.